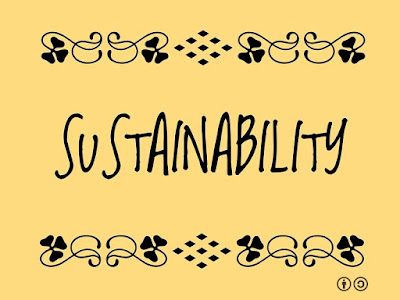 The political debate surrounding climate change has been raging for the past two decades and is likely to continue for the foreseeable future. However, several recent developments indicate that the leaders of many large business enterprises have accepted the reality of climate change and recognized they need to step up their focus on environmental sustainability.

August 2019 – The Business Roundtable, an organization whose members are the CEOs of major U.S. companies, issues a new Statement on the Purpose of a Corporation. The new statement says that corporations must serve the interests of a broad set of stakeholders, including “communities.” The CEOs signing the statement committed to supporting communities by “embracing sustainable practices across our businesses.”

January 2020 – Microsoft announces that it will become carbon negative by 2030, and it pledged that by 2050, it will remove from the environment as much carbon as the company has emitted since it was founded on 1975.

January 2020 – BlackRock, the world’s largest money manager with over $7 trillion of assets under management, announces that will will make sustainability a major component of its investment strategy. In a letter to clients, BlackRock’s global executive committee wrote, “We believe that sustainability should be our new standard for investing.”

The general public is also becoming more concerned about the environment and climate change. In January, Pew Research Center polled a nationally representative sample of U.S. adults. In this research, 64% of the respondents said that the environment should be a top priority for the President and Congress. That was up from 47% in a 2016 Pew Research poll. Fifty-two percent of the respondents said that climate change should be a top priority, up from 38% in the 2016 poll.

Several recent studies have also found that B2B buyers – particularly younger buyers – are placing greater importance on the environmental and social practices of their prospective suppliers and business partners. For example, in a 2019 Marketo survey of 910 B2B buyers in the U.K., Germany, and France, 67% of the respondents said they seek to work with companies that are striving to reduce their impact on the environment.

In response to heightened buyer interest in environmental issues, some B2B marketers have made sustainability a part of their messaging strategy. Including sustainability in brand messaging can be effective, but it’s also a tactic that must be used carefully in order to avoid being perceived as engaging in greenwashing.

Marketing that focuses on sustainability is one form of purpose marketing. Purpose marketing is strongly supported by some marketing pundits and strongly criticized by others. But one thing is clear. When a company engages in purpose marketing, it also invites close scrutiny. Therefore, it’s critical for marketers to be sure their company is “walking the walk” before they begin “talking the talk.”

There are two specific steps that marketers should take when adding sustainability to their messaging strategy.

Know Where You Stand – Before making sustainability part of their brand messaging, marketers should thoroughly understand what actions their company has taken to improve the sustainability of its operations. This analysis should also cover the company’s supply chain because the company’s reputation for sustainability will be significantly affected by the environmental practices of its suppliers.

Don’t Exaggerate – When it comes to marketing messages around sustainability, it’s best to use a conservative approach and be prepared to demonstrate the accuracy of any statements or claims that marketing messages contain. And if messages include commitments for future actions, marketers need to ensure that senior company leaders are fully onboard with those commitments

In today’s business environment, it’s increasingly important for B2B companies to have programs in place to improve the sustainability of their operations and to make customers and prospects aware of those programs. But marketers must be careful not to “overpromise and under deliver.”

Five Reasons Why Employee Experience Is Important In 2022

6 Elements That Convey Quality To Customers