For many, QR (Quick Response) codes had their heyday alongside the rise and fall of the Blackberry smartphone. But for marketers, QR codes have never quite reached their full potential…until now. Despite a lengthy hiatus, the QR code is looking to make a comeback, and in a big way. Last year, Apple installed an active QR code reader in the camera app of its phones. Soon after, the technology was exposed for having a security bug, however, that bug has since been fixed. This could ultimately transform the way Western marketers use QR codes in 2018 and beyond.

Asian markets have known for decades that QR codes offer utility and potential but they never caught on in North America. But recent data shows usage is increasing: 34% of US smartphone users have scanned a QR code – rising to 46% of tablet owners. According to data by Juniper Research, the numbers speak volumes:

“Apple’s addition of QR code reading facilities directly addresses a major barrier for use in Western markets. The lack of an in-built reader had been a hindrance, with consumers needing to download a separate QR code scanner app,” – Juniper Research Analyst Lauren Foye

And big brands are taking notice. Marketers are once again harnessing QR codes as a tactic to engage and convert consumers. As brand experiences continue to change and consumers become increasingly mobile, QR codes have more power than they ever have before.

For example, Porsche launched a new immersive and interactive experience at the Digital Signage Expo where attendees had the opportunity to customize a Porsche Cayenne Turbo and interact with the model through mid-air haptic cues. Users demoing the technology were to scan a QR code, which led them to a dedicated microsite focused on their personalized vehicle and an “intelligent car configurator”. 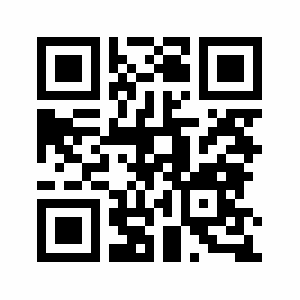 Now, not every campaign is this complex. Marketers can utilize QR codes to simply and seamlessly direct to a contest microsite or a signup page. The idea is that QR codes can be programmed to direct consumers to any custom URL you tell it to. Additionally, QR codes can be successfully utilized as a marketing tactic by way of:

QR codes for sending emails will help you read and monitor data for newsletters, email marketing, and your email’s performance rates.

Much like directing to a landing page/website, scanning a QR code will direct users to the download page of an app. Even Angry Birds, Snapchat, and Spotify use QR codes as marketing tactics.

By providing a unique QR code, the consumer can easily scan a coupon or promotional offering and redeem in-store or online.

Of course, there are many more ways to harness QR codes in your marketing strategy. Additionally, there are restrictions to this tactic as well. But before you go launching a campaign around QR codes, why not try it for yourself first? Simply test your own QR code here, or open your iPhone and try the QR code above.