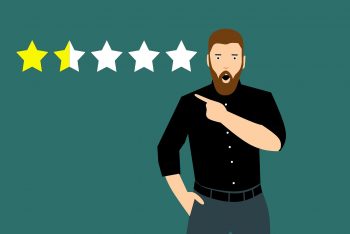 Bill Shock, for those unfamiliar with the term, relates to the emotion a customer experiences when they receive a bill far higher than expected. Originally the phrase was often applied to the Telecoms sector where customers used their cell phones abroad, only to later receive a bill often in the hundreds, sometimes thousands of dollars. As a result of the large bill, it would trigger a ‘shock’ emotion.

In more recent years, the phrase Bill Shock tends to relate more to Consumption-Based Pricing Models. With Consumption-Based Pricing Models the more a service gets utilised, (or consumed) the more the customer gets billed. Although these types of pricing models are largely a preffered model for both supplier and customer, without the right level of safeguards, these pricing models can backfire.

Bill Shock with Consumption Based Pricing

Let’s take an SMS service as an example. You’re Company has a subscription with an SMS provider. You typically pay $50 a month for 10,000 SMS alerts. For every SMS over your allowance, you are charged $0.10. SMS alerts are only triggered when your customers are 7 days late paying their invoice. On average you send between 2000-4000 SMS messages a month, far below your 10,000 limit. A human error on your system configuration meant all customers who were more than 1 day late paying their invoice got an SMS, this month that meant 48,000 SMS messages were sent. The monthly invoice comes in, and instead of $50, it comes in at $3,850.

Now the cause of this increased bill was because a high amount of services were consumed. Although this was triggered by the customers’ own system, and likely to accept some responsibility for it, they will typically be unimpressed with the SMS provider, firing questions such as:

Why were we allowed to go over 10,000 threshold?
Why didn’t you make us aware we had gone over?
Why didn’t you inform us as our bill was increasing?
It’s obvious its unusual behavior, why didn’t you question this?
Why can’t you balance it out with all the months we have been under allowance?

In an instance, the relationship you had spent three years building with the client has become strained. The customer wants the SMS company to wavier the charge; the SMS provider is unable to do so as the services were consumed. The SMS provider offers 10% discount as a goodwill gesture. The customer pays the bill, then cancels their subscription and moves to another company that offers caps on usage in case of a similar issue.

Although the customer has been using the SMS provider’s services for some time, their shock and anger emotions have gone high. They have to explain to their line manager that they have gone from $50 spend to $3,850 which is not budgeted for. They may very well explain the error was on their side, but they are likely to apportion (rightly or wrongly) part of the blame to the SMS provider for not alerting them sooner.

We like to think that we have really strong relationships with our customers, and in most cases that is true. However, there are very few issues that can put as much strain on a CSM > Customer relationship as Bill Shock.

How to avoid Bill Shock?

The best way to avoid Bill Shock is through having transparent pricing. In the case of the SMS provider, did they explicitly inform the customer that they could go over their allowance and incur additional charges with no warnings?

Consumption-based pricing models are typically great for both Customers and Suppliers, but there are some great tips to follow to prevent Bill Shock.