Tore Haggren
Confirmit
Tore Haggren holds the position of Senior Vice President, Voice of the Employee at Confirmit. He initially joined Confirmit in 1998, two years after the company was founded in Norway. During his tenure, he established offices in London, New York and San Francisco with a focus on Market Research and Voice of the Customer. 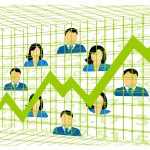 Need to Improve your Customer Experience? Start by Talking to your Employees

Tore Haggren - August 16, 2018
We’re all well aware of gaining insight into the Voice of the Customer (VoC) to improve the customer experience. Increasingly over the last few years, we’re also starting to hear more and more about the Voice of the Employee (VoE) and employee engagement. But...