Text analytics and natural language processing are often portrayed as ultra-complex computer science functions that can only be understood by trained data scientists. But the truth is that the core concepts are pretty easy to understand (though to be fair, the the actual technology is quite complicated). In this quick, high-level overview we’re going to review the basic functions of text analytics, and explore how each contributes to deeper natural language processing features.

The 7 Basic Functions of Text Analytics
Much like a student writing an essay on Hamlet, a text analytics engine must break down sentences and phrases before it can actually analyze anything. Tearing apart unstructured text documents into their component parts the first step in pretty much every NLP feature, including named entity recognition, theme extraction, and sentiment analysis.

There are 7 basic steps involved in preparing an unstructured text document for deeper analysis: 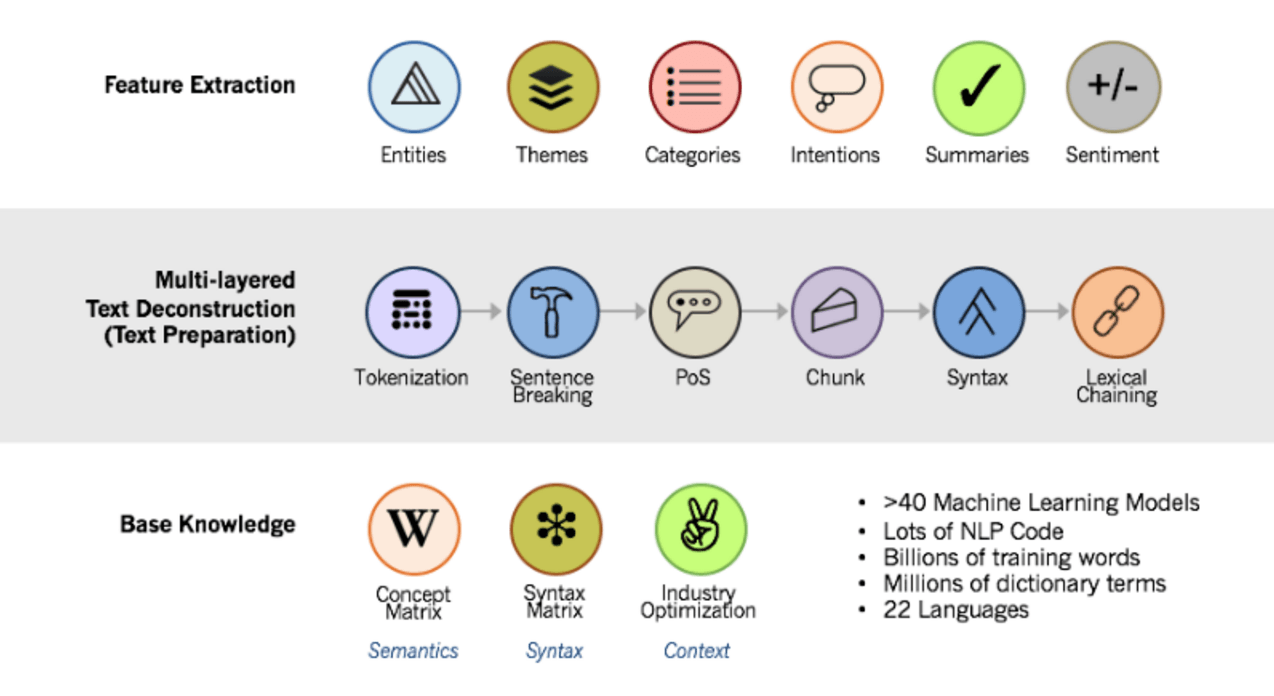 The first step in text analytics is identifying what language the text is written in. Spanish? Singlish? Arabic? Each language has its own idiosyncrasies, so it’s important to know what we’re dealing with.

As basic as it might seem, language identification determines the whole process for every other text analytics function. So it’s very important to get this sub-function right. 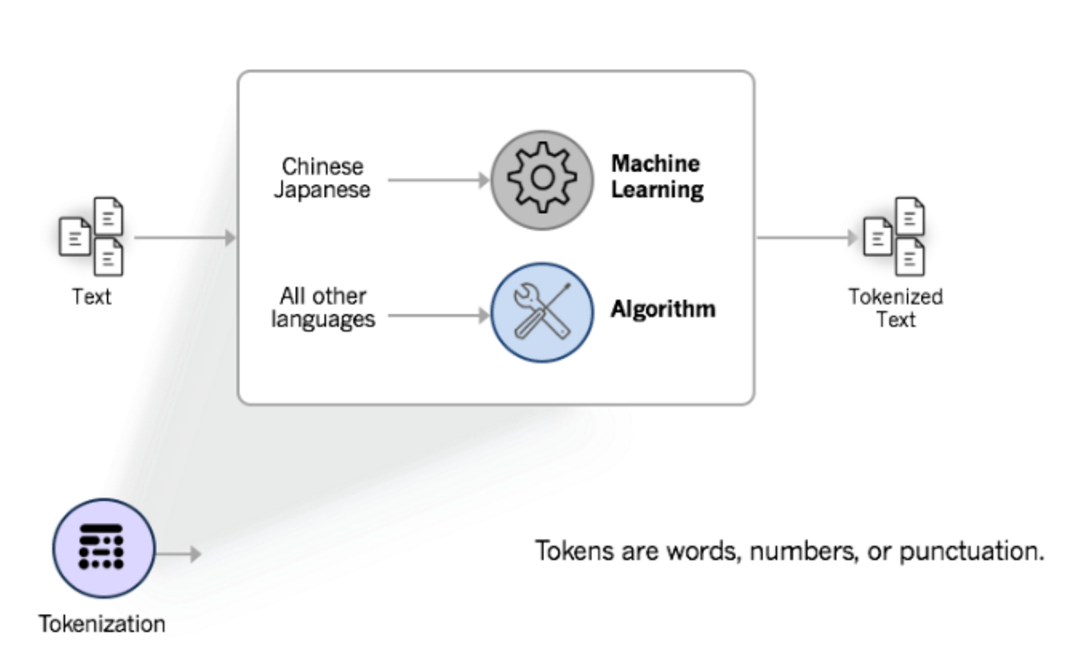 Now that we know what language the text is in, we can break it up into pieces. Tokenization is the process of breaking a piece of text apart into pieces that a machine can understand.

We use the term “tokens”, and not “words”, because as well as being words, tokens can also be things like:

Tokenization is language-specific, and each language has its own tokenization requirements. English, for example, uses white space and punctuation to denote tokens, and is relatively simple to tokenize.

But not every language uses an alphabet.

Many logographic (character-based) languages, such as Chinese, have no space breaks between words. Tokenizing these languages requires the use of machine learning, and is beyond the scope of this article. 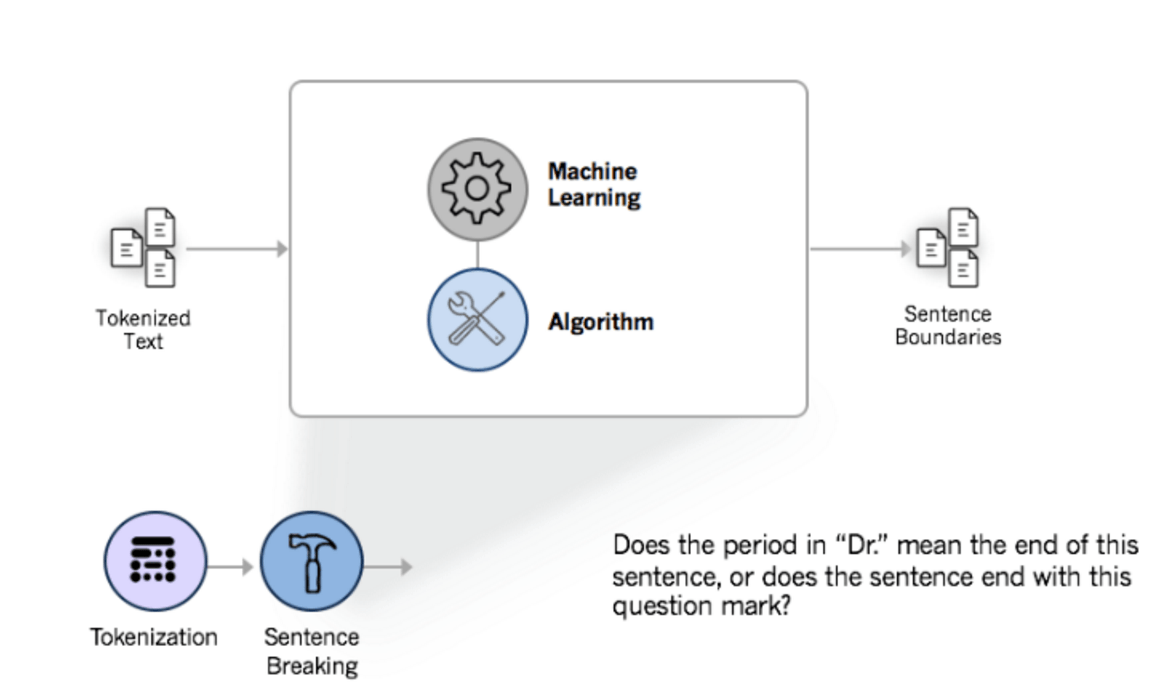 But look again at the second sentence above. Did it end with the period at the end of “Dr.?”

Now check out the punctuation in that last sentence. There’s a period and a question mark right at the end of it!

Point is, before you can run deeper text analytics functions (such as syntax parsing), you must be able to tell where the boundaries are on a sentence. Sometimes it’s a simple process, and other times… not so much.

Certain communication channels Twitter are particularly complicated to break down. We have ways of sentence breaking for social media, but we’ll leave that aside for now. 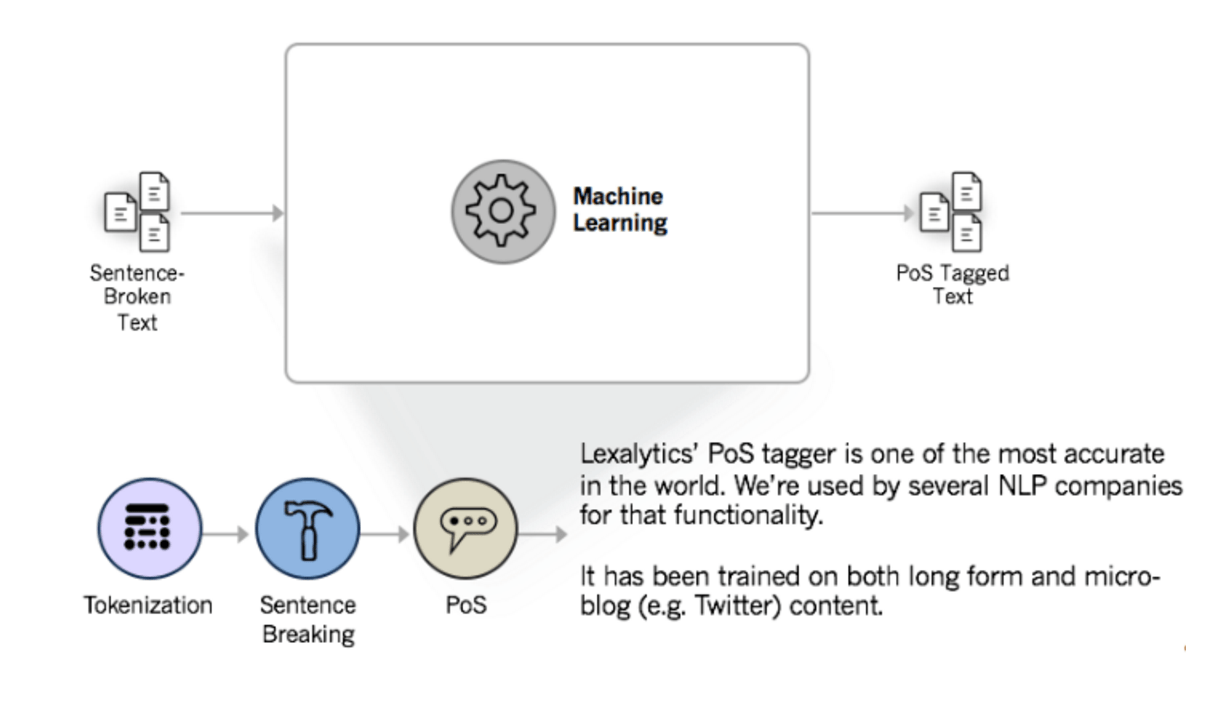 Once we’ve identified the language of a text document, tokenized it, and broken down the sentences, it’s time to tag it.

Part of Speech tagging (or PoS tagging) is the process of determining the part of speech of every token in a document, and then tagging it as such.

For example, we use PoS tagging to figure out whether a given token represents a proper noun or a common noun, or if it’s a verb, an adjective, or something else entirely.

Part of Speech tagging may sound simple, but much like an onion, you’d be surprised at the layers involved – and they just might make you cry. At Lexalytics, due to our breadth of language coverage, we’ve had to train our systems to understand 93 unique Part of Speech tags. 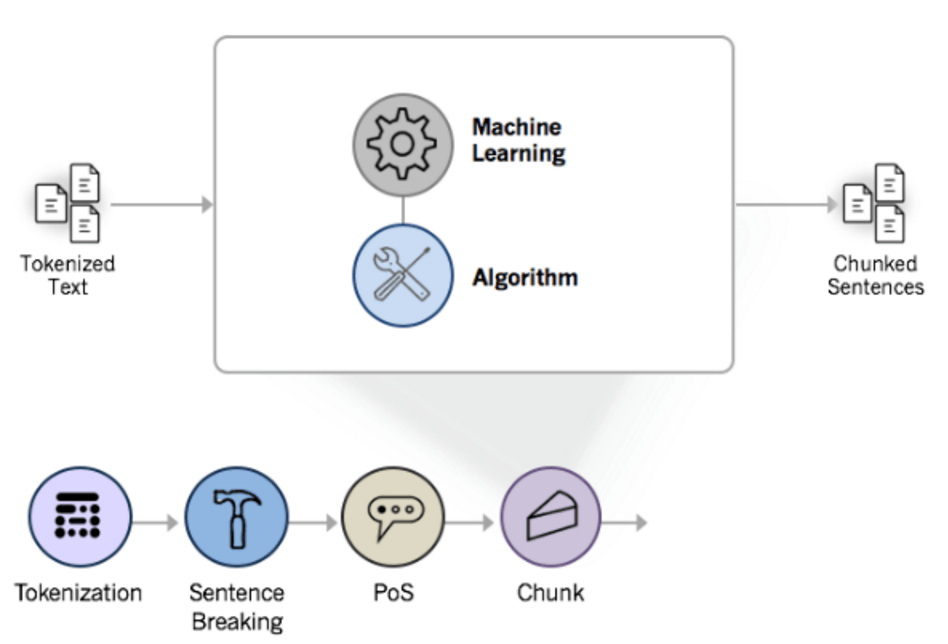 Let’s move on to the text analytics function known as Chunking (a few people call it light parsing, but we don’t). Chunking refers to a range of sentence-breaking systems that splinter a sentence into its component phrases (noun phrases, verb phrases, and so on).

Before we move forward, I want to draw a quick distinction between Chunking and Part of Speech tagging in text analytics.

Here’s what it looks like in practice. Take the sentence:

The tall man is going to quickly walk under the ladder.

PoS tagging will identify man and ladder as nouns and walk as a verb.

Got that? Let’s move on. 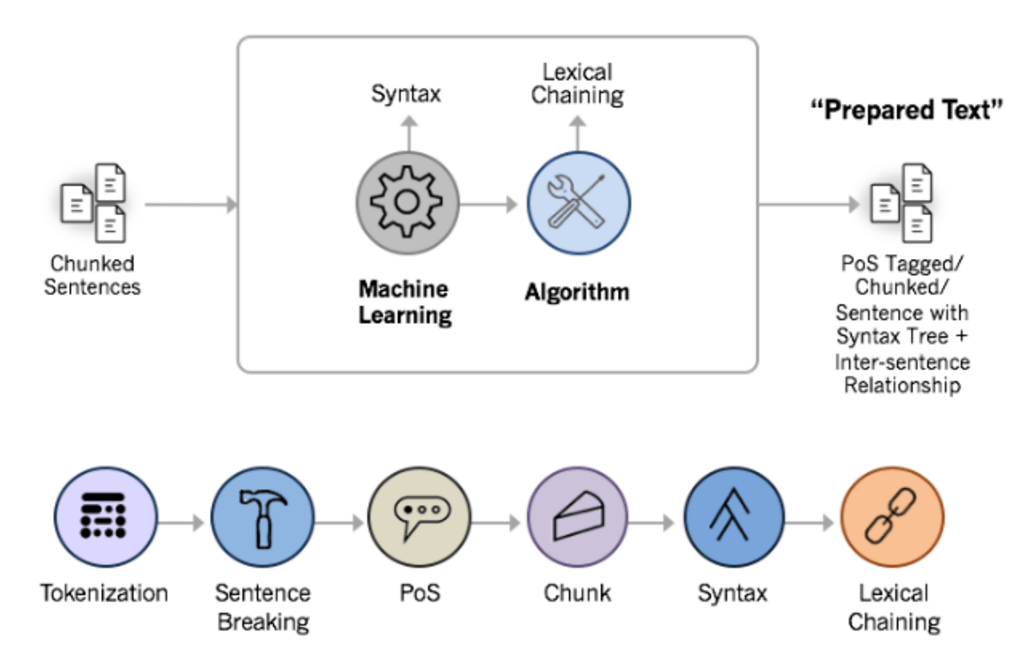 The syntax parsing sub-function is a way to determine the structure of a sentence. In truth, syntax parsing is really just fancy talk for sentence diagraming. But it’s a critical preparatory step in sentiment analysis and other natural language processing features.

This becomes clear in the following example:

In the first sentence, Apple is negative, whereas Steve Jobs is positive.

In the second, Apple is still negative, but Steve Jobs is now neutral.

In the final example, both Apple and Steve Jobs are negative.

Syntax parsing is one of the most computationally-intensive steps in text analytics. At Lexalytics, we use special unsupervised machine learning models, based on billions of input words and complex matrix factorization, to help us understand syntax just like a human would.

Even if sentences appear many paragraphs apart in a document, the lexical chain will flow through the document and help a machine detect over-arching topics and quantify the overall “feel”.

In fact, once you’ve drawn associations between sentences, you can run complex analyses, such as comparing and contrasting sentiment scores and quickly generating accurate summaries of long documents.

I’m a big fan of the Wikipedia article on this subject (don’t tell my high school English teacher). Note that Wikipedia considers Text Analytics and Text Mining to be one and the same thing. I don’t necessarily agree with that position, but we’ll discuss that another time.

Lastly, if you’d like to see text analytics in action, feel free to play around with our free online web demo.

This article was first published here.