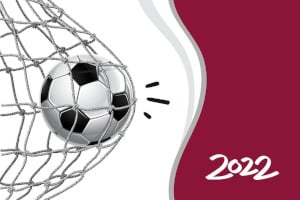 The 2022 World Cup is underway in Qatar which will be watched by an estimated 5 Billion individuals, up from 3.6 Billion in 2018. No other sporting event garners as much world-wide passion and interest, save the Olympics which is a near tie, and the World Cup occurs every four years so the event provides a unique means of tracking the evolution of digital video usage, and the shift in advertiser spend, throughout the world. 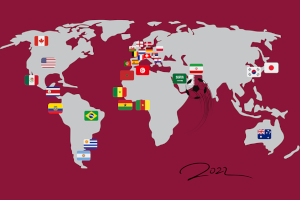 Europe and South America have dominated World Cup play and are again well represented with thirteen European and four South American countries qualifying. All past World Cup winners are from those two regions.

Data Science techniques were used to project the winner and Brazil is the favorite, the only country to play in every World Cup, while Argentina, France, Belgium & England have a solid chance of winning as well. Regardless of who is expected to progress the beauty of the World Cup is that every qualifying country has the same chance on day one and the passion and support behind each team, within their respective counties, is unparalleled,

How could 5 Billion individuals watch this World Cup which is 62% of the world’s population? Could it be that the popularity of soccer is growing in areas like the United States? That has a likely impact but ease of access due to the progression of digital video is a primary contributing factor. The fanatics will watch regardless but ease of access all over the world on phones, laptops and streaming devices will help capture an additional audience. Below are examples in select regions:

India and China contain over a third of the world’s population, each showing a strong interest in soccer as the sport is in the top two sports within both countries. Although neither country qualified for the 2022 World Cup (China qualified in 2002), viewership will be high. 1.3 Billion individuals in India and China watch video digitally, which is over a 30% increase since the last World Cup, and the matches are available online in both counties. 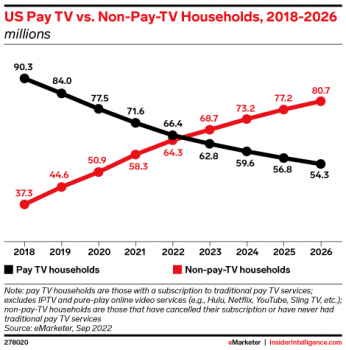 The continued migration to digital video all over the world has shifted advertising spend significantly. When digital video was new many business processes needed to evolve to embed ads and effectively track the usage, impact and revenue. Now all those technical and business processes are in place and digital video also enables more advanced targeting compared to linear video which allows the advertisers to better target and the publishers to vary pricing based on the targeted audience segments. This shift in advertiser spend is fueling the progression of digital video.

In addition, NextGen over-the-air (OTV) TV is now being rolled out which will eventually enable the same while watching your TV or other device by an easy to connect digital antenna. The groundwork is in place and the digital video evolution will continue. Perhaps 6 to 7 Billion individuals will be watching the 2026 World Cup hosted in North America.

The Human Experience = Human Economics: CX and EX in the Real World

This IS Personal. How Customer Service Can Build Relationships One Customer at a Time.

The Hot Stores Of 2023 May Be Made Of Meta, Not Mortar

The Importance of Disruption