So, you consider building an app to deliver the ultimate experience to your mobile customers or want to start a mobile app business? Either way, you need a solid budget to propel your app to the top of the App Store and Google Play charts. How much does it really cost to market a mobile app?

Cost of marketing an app: behind the numbers

Although the global app market will top $ 77 billion this year, less than 0.01% of all mobile applications out there are considered successful by their publishers.

The average US user spends as much as 5 hours a day on mobile devices (with apps consuming 92% of the time); however, smartphone owners use just 30 apps every month. These include social media titles like Facebook and Snapchat, popular messaging apps, mobile games, shopping applications like Amazon (which is the #1 app Millennials and Centennials can’t live without) and occasional edutainment applications.

The chances your app makes it to the lucky 30 are relatively small, so you need to spend extra $ to get your app noticed. 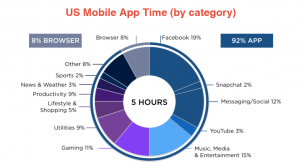 According to Fiksu’s 2015 research, it cost publishers around $ 200 thousand to push a mobile app to US Top 25 (iOS) through ads. Entrepreneur claims a company that’s been in business for one to five years should spend anything between 12% and 20% of their projected annual revenue on marketing. Some companies (especially game dev studios like Snowman, the creator of the Alto’s Adventure mobile game) had no classic marketing budget at all and still made it big. What’s the ideal marketing budget for a mobile app then?

As usual, the truth lies somewhere in between.

Your app marketing spending depends on several factors, including your app category, target market and the goals – that is, the number of downloads/chart position/revenue – you’d like to achieve.
In order to determine your perfect marketing budget, you should study market-wide data, calculate your projected revenue (in case you’re a start-up and aren’t making any profit yet, take your working capital as a starting point) and measure your potential customer’s lifetime value (CLTV).

There’s a formula for that:

ARPU stands for Average Revenue Per User; the churn rate is the amount of users that stop using your app; the referral value is the value of new users your potential customer refers the app to.

Suppose you’re working on a Match-3 game similar to Candy Crush (which will cost you $ 90-110 thousand to build if you outsource software development to Eastern Europe and up to $ 1 million if you partner with a US-based mobile vendor) and going to monetize it through in-app purchases. That basically means that only 5% of your game population will spend money on artefacts unlocking further gameplay; however, those paying users will bring 2500% more revenue than all the rest.

Now you should divide your total projected revenue over a certain period (let’s say 3 months) by the amount of active players within the same period; if you want to make $1 million and hope to acquire 500 thousand active users, your ARPU will be $ 2.

Then goes the churn rate (the number of customers you’ve lost over the course of 3 months). According to recent studies, only 25% of users continue to play a mobile game after 3 months, so your churn rate is 75%. Now divide 1 by 0.75. 1.3 months is the predicted lifespan of a player.

Measuring referral value (or virality) is perhaps the hardest part, and most app marketers just skip it. However, all those players who will share your game on social media asking friends for game resources and inviting new users could be a gold mine for your business. In order to calculate the referral value of a user, you should track the number of invites sent by a player over a given period and the number of invites that actually convert; the exact numbers are hard to predict until your game goes live, so we’ll have to make do with the lifespan and ARPU for now.

If you want to justify the game dev expenses (and make some profit!), your LVTV rate should be higher than the cost per install (CPI) which, in its turn, is your ad spend divided by the actual number of app installs.

CPI is driven by several factors including your target platform (approximately $ 0.53 for Android and over $ 1.2 for iOS apps), the duration of an advertising campaign, target market (the competition in mature app markets like the USA, Germany and China is really tough) and the ad networks you’re going to use.

Once you know how much you can afford to spend on acquiring app users, you can develop a marketing strategy. 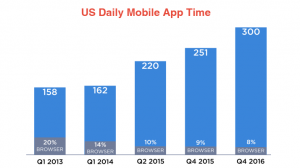 5 ways to market a mobile app

There are several ways to boost your app’s commercial performance. These include: 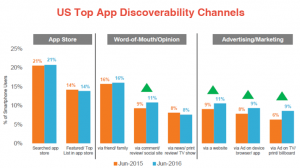 Cost of marketing a mobile app: summing it up

So, how much does it really cost to market a mobile application?

Suppose you’re operating on a budget and make do without ad networks, you need:

Thus, $ 30 thousand is the minimal mobile app marketing budget; according to Pavel Shylenok, you’ll have to spend $ 50-90 thousand on marketing a Match-3 game like Candy Crush.

That being said, no marketing strategy will bear fruit unless your app is actually useful, fun and performs well. Focus on app quality, develop a marketing strategy early on and think success – and success will eventually follow!