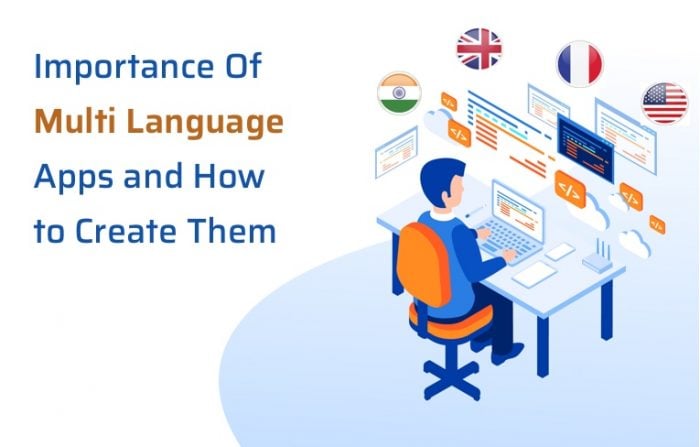 The 21st century is the century of diversity. Countries like the USA, UK, South Africa, India, Australia, etc. are Multilingual societies. These countries have English as their official language but a considerable number of people converse in their homegrown languages. Almost every other prominent city boasts a polyglot culture. Hence, it makes sense for mobile apps to be localized no matter the country or city.

Attaining a global presence is vital for businesses to be successful in this age. Mobile apps that target an international audience through multilingual apps not only drive conversion rates but create a long-lasting relationship with the end-users. Multilingual apps are likable and shareable that helps improve brand visibility twofold. The more users, the more successful the app will be.

Tips for creating a multilingual App

Many product companies localize their software just minutes before product launch. This practice has never done any good and the poor results are easily visible. Testing, translation, and regression have to be prioritized during the development phase for better output and a quality product. Here are 5 key points that will help you plan a better strategy for your next multilingual app.

Localization helps translate the app into several new languages. It requires a little bit of advanced planning and is a great tool for expanding into a foreign market. Messages can be refined to cater to audience needs and goes beyond a simple translation process. It prioritizes linguistic, cultural and dialectical differences in the target audience and also gives a mobile app a local appearance that users like. Also known as internationalization, designers who layout variants of designs that speak to one’s culture significantly increase their chances to connect with the audience and help improve brand identity in the process.

Some of the localizing tips are:

Writing the string with UTF-8 encoding is not only prompt but one makes little or no mistakes.

Date, time, currency and other relevant factors should be prioritized while localizing. They have to be specific with the geographical distances along with the content.
Customize keyboard is a must.

EULA’s (The end-user license agreements) and other important docs should be supported in the local language.
Languages such as Japanese and Arabic should be evenly spaced out since they require more space for translating.

Translating apps from one language to another requires a lot of persistence. It’s not just about translating the words, but equally important is providing an experience that imbibes cultural values.

Two methods are widely adopted when it comes to the translation of apps.

Human Translation: The interpretation of the targeted language done by experts and professional translators. A multilingual individual is preferred who understands the nuances of the culture. With this, users get more natural content. However, it takes considerable time and resources to find someone competent enough to translate a large amount of work.

Machine Translation: As the name suggests, it refers to the use of software for translating the text or speech from one language to another. Many algorithms have been produced by experts that aim to provide mirror translation in multiple languages. Although languages can be translated at a faster pace, they don’t seem to be authentic in spite of constant efforts to improve it.

You can also opt for mobile app development services that promise to cater to your needs. Every translation method will have its pros and cons.

#3 Use A Full Locale

The full locale supports date formats, alternate spelling and other minor differences between the two countries with a shared language. It also includes the language and country code.

It’s important to use a full locale instead of just direct language translation because there are subtle differences that can altogether change the meaning of a sentence in a different language. Many times directly translated word holds no value, has a different spelling or has gone out of practice.

In dutch “aloud” means “ancient”
“Gift” means “married” in Swedish and “poison” in Norwegian and German.
Words like “color”, “favor”, etc in American English whereas “color” “favor” in British.

One has to note these subtle differences when a machine translation is in use.

Avoid concatenation and overuse of single strings. As mentioned above, every language has its own set of principles. The English language will not follow the same order in Russian or French. Using concatenation and single strings for translating will produce many issues related to gender, agreement, and basics. Now that Android and iOS developers can optimize software, concatenation should be avoided at all costs.

Localized software has to be tested rigorously as the original English software. You don’t want to see a foreign language “out of context” within your software. Your target audience will be quick to catch the differences. So it’s advisable to do software testing thoroughly.

To reach an international audience, it’s no brainer that a multi-language option should be a must. One can easily make an impact by providing content in the regional language. Apps that provide quality content in the native language are appreciated by the end-users. These apps keep competitors at bay by providing an enriching experience and users don’t think twice when it comes to spending money on products or services offered by the app.

A research conducted by Distmo stated that apps that introduced multilingual options saw an increase of 20% in their revenues. Users in countries like Germany, Japan, China, etc are keen to pay for apps that offer localized content. By eliminating language barriers, multilingual apps have a bright future. Multilingual health apps can benefit many in countries where healthcare is still struggling to catch up with the norms. Product owners of today can’t neglect to offer multilingual support.

The more you know about a particular market or region, the better you can approach it. To make a compelling final product, getting to know about local culture is a must which would guarantee success in the longer run.

How You Can Get Customers Back Again & Again

How can you convince your senior leadership to invest more in customer experience?