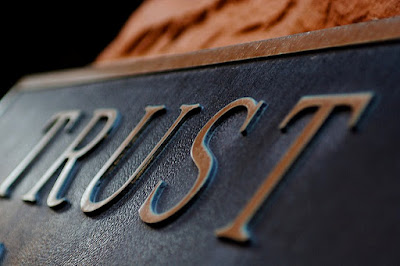 B2B companies must be seen as trustworthy to earn the trust of prospects and customers. And science tells us that trustworthiness is based on ability, integrity, and benevolence. The rarest of these attributes is benevolence. This article explains why real benevolence is so uncommon, and what companies can gain by consistently practicing benevolence.

Trust lies at the heart of all business relationships. Most business leaders understand that trust plays a vital role in acquiring new customers and in maintaining strong relationships with existing customers. It’s no coincidence that most companies aspire to be viewed as a “trusted advisor” by their customers and prospects.

Trust has been widely studied by psychologists and other social scientists, so we have a sound understanding of what creates a willingness to trust and how trust develops. Most social scientists agree that an individual’s willingness to trust another person or an organization – and the level of trust that will develop – largely depends on the perceived trustworthiness of the other person or organization. Most scientists also agree that the trustworthiness of a person or organization is primarily based on three attributes – ability, integrity, and benevolence.

Therefore, the willingness of a potential buyer or an existing customer to trust a vendor depends on whether – and to what extent – the vendor exhibits these three antecedents of trustworthiness. In the trust context, ability and integrity mean what they normally do, but benevolence has a special meaning. The essence of benevolence is putting the interests of a person or organization above your own.

Ability, integrity, and benevolence are equally important for the development of trust, but benevolence is the most potent source of differentiation because it is the rarest of the three trustworthiness attributes. Benevolence is rare, not because most companies are intentionally “malevolent,” but because the importance of benevolence is usually underappreciated, and because the non-stop need to grow revenues and otherwise improve business performance makes it harder for people in companies to practice benevolence on a consistent basis.

The Pressure to Perform

The constant pressure to grow revenues and improve business performance can undermine even the most sincere intentions to practice benevolence. Under these pressures, it’s very easy to make small compromises on benevolence. But even fairly minor differences in behavior can have significant impacts on the perceptions of prospects and customers about benevolence.

Findings from the 2018 B2B Buying Disconnect study by TrustRadius strikingly illustrate this point. The TrustRadius research consisted of a survey that included responses from 438 B2B technology buyers. Only 23% of the surveyed buyers said their vendors were very influential in buying decisions.

About 40% of the surveyed buyers with less influential vendors said their vendors “did not proactively address the product’s limitations, but did answer all of my questions.” Taken together, these responses show that simply answering questions about product limitations isn’t sufficient to produce the perception of benevolence that leads to a high level of trust and influence.

The Importance of Benevolence

This study also demonstrates how benevolence contributes to important and valuable business outcomes. MECLABS asked survey participants how likely they were to take several actions, and the following table shows the stark differences between the responses of satisfied vs. unsatisfied customers: 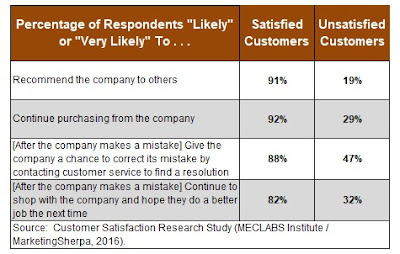 The MECLABS study shows that the “value chain” of benevolence works like this:  Benevolence contributes to a perception of trustworthiness, which enhances the development of trust. And trust contributes to a higher level of customer satisfaction, which leads to improved business outcomes.

So, practicing benevolence isn’t only “the right thing to do,” it’s also a powerful driver of business performance.