Does the term sound familiar? From e-retailers to automotive manufacturers, everybody seems to the uttering the same term with a feverish enthusiasm.

While some say it is hyped, there is one part of the world where living has changed for the good with the help of IoT.

So what is this IoT? Why is it hyped?

We tell that and much more below.

Internet of Things is the common term used to address all devices that can connect to the Internet and transmit data or information.

The great thing is that IoT is not just restricted to traditional computing devices like computers, tablets or smartphones. They will include everyday common electronic appliances like your home lighting, cars, home security system and even garage doors.

Let’s say we are at the verge of a tech revolution which is going to take place in a couple of years. In fact, the smart future enabled by IoT has already started.

Cisco estimates by 2020, the world would have anywhere from 50 Billion to 20 Billion connected devices. 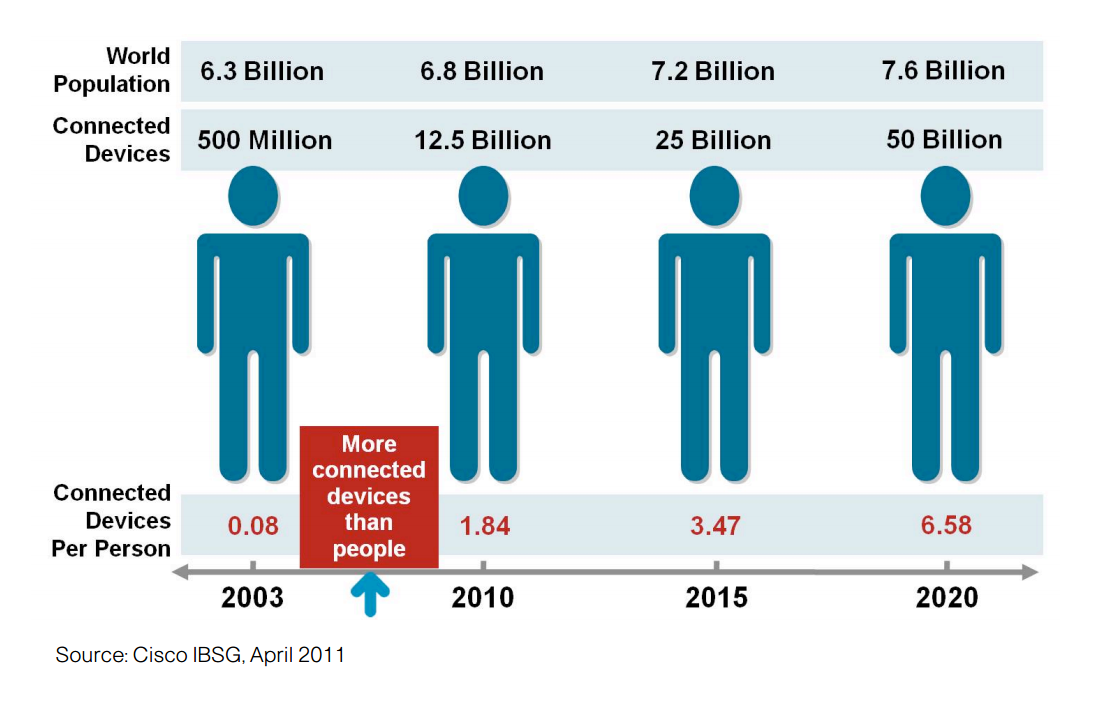 How does IoT work?

IoT relies on sensors and embedded systems connected through the Internet to cloud servers or applications to work seamlessly. These sensors which are mostly made of BLE or tiny chips emit signals which can be received by other IoT devices.

These IoT devices use several connectivity mediums like WiFi, BLE, Zigbee, etc. to connect with each other. Depending on the need, thee devices and how they connect to work together will be customized.

That said, there are four different ways how IoT devices connect:

Device to Device refers to mode of connectivity where two IoT devices connect and transmit information with each other.

In Device to Cloud, a single Iot device or a group of devices connect to a cloud server or application to supply information or to receive signals.

In Device to Gateway, the IoT device connects to a gateway to access a cloud server or application. The gateway device acts as an intermediary or a hub for both the ends. Such gateways in IoT might also be used to cover several aspects like security, functionalities, pairing connections, etc.

In the last model, the Iot devices share information or data to a server where they can be segmented and analyzed for meaningful decision making.

All that has been explained until now might seem tad too technical and difficult to comprehend. Now let them fit them into daily applications and see how IoT help simplify, improve and maximize our living experience. 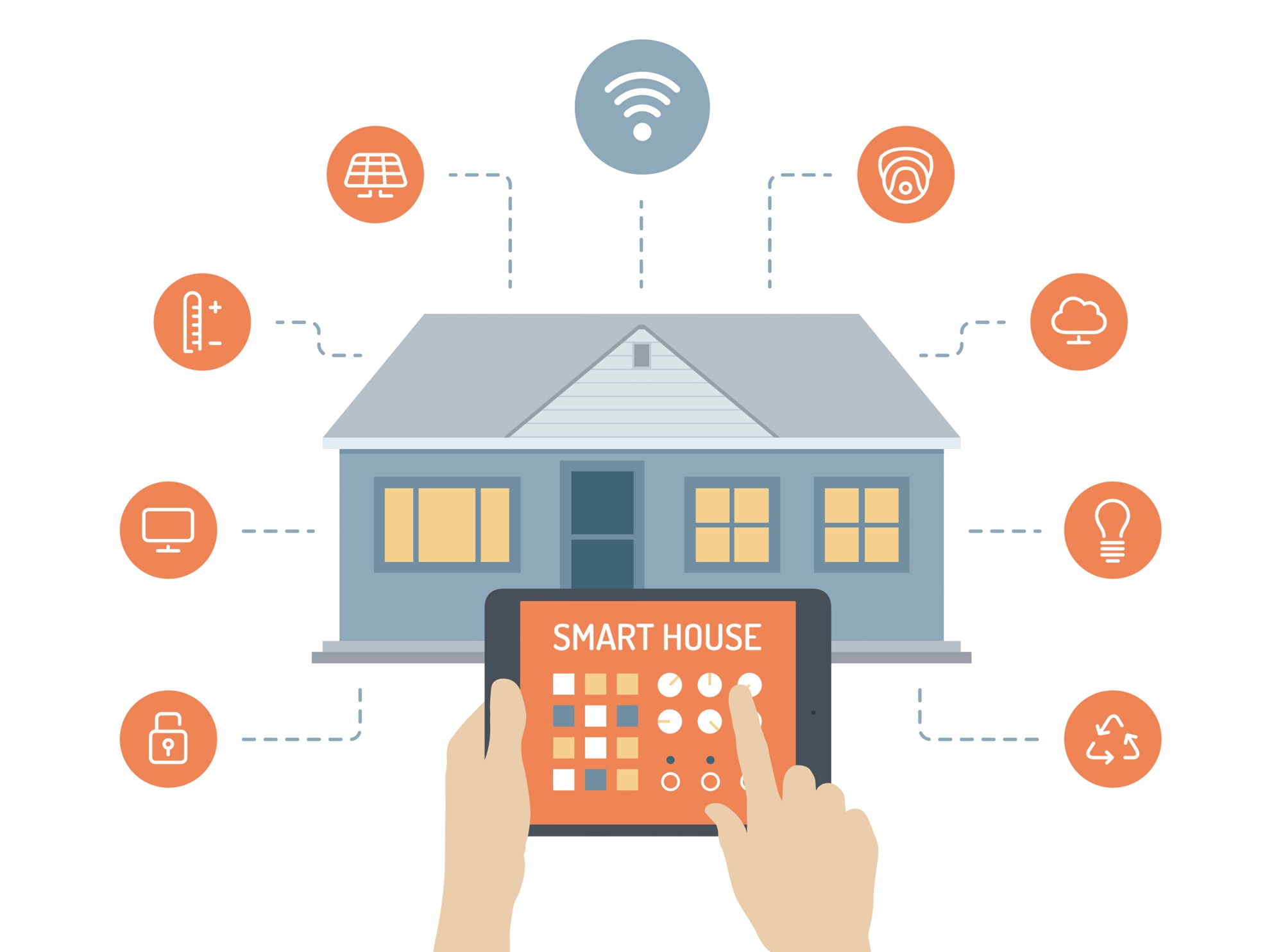 Smart homes with a web of interconnected devices starting from television, refrigerator, washing machine, lighting to thermostats will reinvent the way we live everyday lives. The technical intervention will minimize unwanted wastage of energy and fuel thus help saving costs.

Some classic examples include of the smart future home include: motion sensor lighting, smart thermostats that turn off when residents are not at home or adjust the temperature according to external conditions, smart garage doors that open and close when the connected vehicle arrives or leaves, etc.

All these facilities will take away the pain that homeowners experience in doing trivial things that time, effort and also often cause discomfort.

Healthcare and telemedicine are two big areas where Iot will induce a revolution of a magnanimous nature. Patient wearables, remote equipment maintenance, predictive analysis are some health care industry applications worth mentioning. Doctors, patients and vendors can work in conjunction to make healthcare easily accessible for all.

Some other examples of Iot in healthcare will include:

IoT in manufacturing arena will lead to smarter factory floors, smarter warehouses and well-maintained equipments. Telematics and predictive analytics of equipment performance data using device-to-cloud connectivity model will manufacturing plants to take better care of their machinery without incurring additional costs. Not to mention to massive savings in power and fuel when machines start operating at optimal level.

The car that you drive today will literally become a data churning machine. Equipped with sensors in strategic locations, it will be able to provide the driver and the passengers with real-time metrics about its health, driving behaviour, maintenance schedule and navigation directions. With time, the growth of connected traffic systems will also help your pick alternate routes with less traffic that your navigation systems might miss.

BMW, Volvo, Audi and a host of other global brands are already experimenting the concept of connected cars. BMW even went on to release a BMW Concept Car as part of its VISION NEXT 100 Years in which IoT and sensors play a vital role.

The biggest positive impact of IoT will probably be seen in the form of Smart Cities. Smart Cities will have a whole range of connected devices and applications which will smoothen traffic, improve urban living experience, reduce crime and even help improve infrastructure.

Singapore is seen to be the first mover in the space of IoT enabled Smart City model. The country is devising sensor based special purpose applications for elderly monitoring, traffic management and virtual city navigation.

Internet of Things will pave the foundation for smart future. The sensor-connected world will bring about a whole new level of comfort and easiness in daily living. From homes to cities and everything in between, there will be a web of connected devices and appliances that will work smart and alert users of downtimes even before they happen.

IoT will steer the world towards a more closely knitted network where anything and everything can connect with each other – humans to machines, machines to machines and machines to data. We are at the verge of the next Big Thing in tech revolution.