As I’m writing this piece, ‘Top Gun: Maverick’ has made more than 1.2 billion dollars worldwide, turning it into Paramount’s biggest worldwide blockbuster ever and one of the best performing and highest-grossing movies of all time. It’s also the most successful Tom Cruise movie in history, and it has been receiving extremely high feedback and review scores. People have been lauding it as the film that “reignited the box office.” And like many others, my family and I went to see it – twice! – and we were super-excited about what we saw. In fact, it was a long time ago that I have been so thrilled to be in the movie theater. I actually thought this edition was even better than the first one. 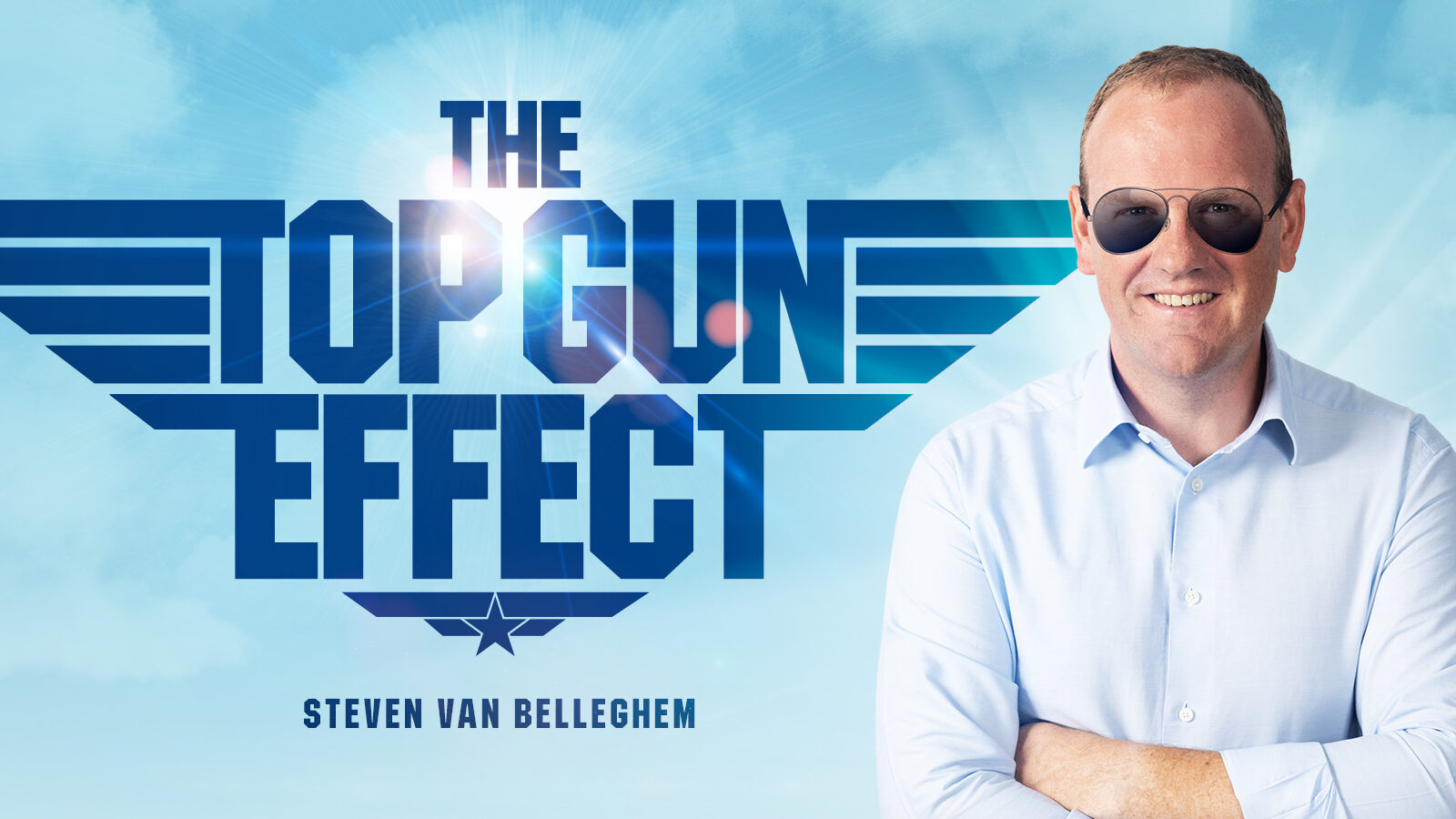 Some people like to ascribe its phenomenal success to an extra-long build-up, leading to an intense hype creation. That’s because ‘Top Gun: Maverick’ was scheduled for release in 2019, pushed back to 2020 ( several action scenes needed to be reshot), after which the pandemic hit and it was delayed a further four times before being released May 2022. So it is true that people were really looking forward to it when it finally hit the movie theatres.

But I truly believe that there’s more to it, and that even companies could learn something from what I like to call ‘The Top Gun Effect’. After all, it was not the only movie to be delayed by the pandemic and the others don’t even come close to its success, right?

For me, the secret recipe of Top Gun 2 lies in the fact that it has a 100% pure feel good vibe. There are no real bad guys. Even if there is an opposing force, you cannot see who it is. It’s merely a fake enemy that they’re fighting all together. And then let’s of course not forget about the magical ingredient of nostalgia. To give a simple example: when Tom cruise takes his leather motorcycle jacket out of the closet, that is a goosebumps moment for many people of my generation and beyond. On top of that, Tom Cruise is just one of the ultimate movie heroes out there, even performing his own stunts. Plus, the story is easy to digest and follows a plain and simple “what you see is what you get” approach. The makers don’t try to trick or outsmart the audience – a tactic that you can often recognize in Netflix shows and films these days.

And the fact that this became one of the most successful movies of all time, proves how audiences have been craving for this. I’m increasingly becoming convinced that we need more positivity – with impact – in this world. And this just makes me think that we have been lacking this uncomplicated type of positivity in the world of customer experience too.

If you look at the evolution of work and human relations in business – with customers and employees – it has transitioned from people working with their hands to working with their brain to working from the heart. Creating the feel good that customers everywhere are craving so much today and which was probably triggered for a large part by the pandemic, needs to come from real, heart-felt emotions.

A fantastic example of a company that works from the heart to create this Top Gun Effect is Everytable, which I was so lucky to visit during my company nexxworks’ LA Tour. They have this fantastic mission statement where they want to make sure that every American citizen has access to a healthy meal at a low cost. Why is that important? Well, in the US, lower income neighborhoods are usually teeming with fast food places, because they’re just a really cheap solution. The downside is obviously that that type of food is often not very healthy, especially if you eat it on a regular basis. Everytable wants to offer a healthy alternative, with the price of a lunch meal which has to be lower than the price of a Big Mac menu. And I think that that’s brilliant.

And you can find that mentality into everything they do, like with their pay it forward project: customers can buy a meal for someone else, put a post-it on the window of the restaurant explaining that and then for instance a homeless person can claim a meal with that post-it. But I also love the highly inclusive concept of the Everytable University. Usually, people opening up a fast food franchise like let’s say Kentucky Fried Chicken, already made their mark financially. For instance, the franchise fee to become a KFC franchise owner is $45,000, and startup costs range between $1.2 million and $2.5 million. There’s absolutely nothing wrong with that, of course, but it also mean that if you have a lower income, you’ll never be able to become a KFC owner.

Work from the heart

But Everytable, doesn’t just want to allow people from lower income neighborhoods to have access to a healthy meal, they also want to give them access to becoming the owner of one of their restaurants. They work together with the government to offer subsidies, they offer cheap loans and they train people to make that happen.

The secret ingredient of successful restaurants like Everytable is that they work from the heart to offer customers a warm feeling. The dynamic behind that is just like the positivity, simplicity and feel good vibe that the Top Gun 2 movie radiates, which is why I’m going to call this the Top Gun Effect from now on. And this is what we need more of in customer experience: pure positivity.

So how could you use the Top Gun Effect to improve the CX of your products and services? And what are your own favorite Top Gun Effect CX stories out there? Let me know over the socials!

What Is the Importance of Employee Engagement at Workplace?