Sometimes you have to start with an estimate.

How do we estimate?

Let me explain with a question: how many people live in my home city, Nottingham?

When we estimate we always start with what we know.

So what is your guess? Smaller than eight million, but big enough for me to have heard of it, let’s say…

If you are reading this sitting in Mansfield (an English town and somewhere that if you are from California I recommend you avoid at all costs, particularly if you like surfing) then you will know that…

Now what is your guess? Bigger than one hundred thousand, better shops, let’s say…

The power of the anchor

So how could you improve your estimates?

If you are going to estimate something — and sooner or later you will — you should always write down your assumptions, and get somebody to sense check them.

And use at least two anchors

Particularly if you are a Californian who is estimating how far he can surf off Nottingham’s golden sands. 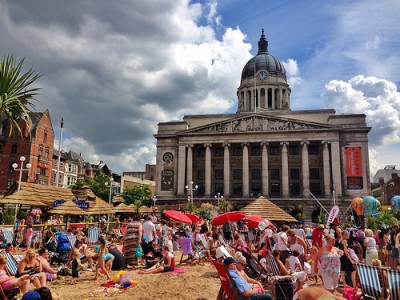