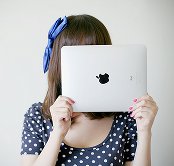 At this time of year, thoughts tend to be about you and yours. This however may be a continuing theme going into 2012 as I think loyalty marketing is going to become a lot more interested in “you”.

This is more than just mass personalisation or segmented communications. I believe 2012 will be about individual engagement and empowerment as consumers provide more and more data, expecting increased control over it and better experiences being delivered because it.

You (and your data)

Back in 2006, Time Magazine named the Person of the Year as “You”. Pointing out the cultural shift that social media had begun to bring, they recognised that it was democratising communications, with people sharing with each other and big institutions and governments beginning to lose control. They described it as:-

“[The] founding and framing [of] the new digital democracy. It’s [..] about community and collaboration on a scale never seen before [..] about the many wresting power from the few.”

It’s unbelievable to think that this was 5 years ago now and Facebook was just starting out and MySpace was king. Whilst the tools we use may have changed, the pace itself hasn’t. Social media has indeed wrestled power from the few leading to Time Magazine nominating the Person of the Year in 2011 as “The Protester”. Highlighting the role of social media in showing injustice and gathering support they said:-

“One of the unequivocal generational virtues of these movements has been their use of the Internet and social media.”

It’s not just in politics that we’re seeing this democratisation however. Consumers are also gaining more and more power with the UK government for example recently announcing that they plan to give consumers more control over their data by releasing it back to them. In describing this they say:-

“[It] will give consumers increasing access to their personal data in a portable, electronic format. [..] Individuals will then be able to use this data to gain insights into their own behaviour, make more informed choices about products and services, and manage their lives more efficiently.”

Outside of government, some of the biggest collectors of personal data are loyalty programmes and so I’d fully expect them to begin taking part in these kinds of initiatives, allowing members to use their data to better understand their buying habits, but also to unlock more relevant offers and promotions on their terms. Indeed, many of the companies signing up to the UK midata initiative are companies with their own loyalty programmes. Generically termed VRM (Vendor Relationship Management) or PIDM (Personal Identity Management), I think 2012 will be the year when we start to see this trend gaining ground.

Increasingly, as you carry out an activity you leave a trail of bread-crumbs which others can use to follow you. Whether its location information that your smart-phone tracks, items you view but don’t purchase or the TV programmes you watch (and then discuss on Twitter), all of this information is out there waiting to be collected and used.

This data is providing insight into previously hidden behaviours. Bricks and mortar retailers will start to get the same visibility as that enjoyed by online retailers, seeing those customers who have visited, but not bought or which items they viewed before purchasing. TV advertisers will have more visibility of which adverts were seen by which individual customers, allowing them to create a true ROI from awareness to purchase.

This is all being made possible by a combination of smart-phone/tablet penetration, innovative new apps and an established social graph. Using tools like twitter and Facebook as identity management, companies can collect together and refine this raw information from apparently disparate sources.

People are already using twitter for example to comment in real-time on TV programmes and this experience is being enhanced through new applications like Zeebox in the UK and IntoNow from Yahoo in the US. Zeebox co-founder Ernesto Schmitt says:-

The emergence of net-connected TVs; the mass proliferation of companion devices like smartphones, laptops and tablets; and people’s expectations that entertainment will be socially connected felt like a perfect storm. The time was right to revolutionise TV

Increasingly using “fingerprinting” technology, these applications can automatically detect what TV programmes you’re watching and any associated advertising. Linking this to your loyalty purchase transactions is simply the obvious next step and something i’d expect to see appearing in loyalty programmes in 2012.

Apple changed the face of electronics retail. By combining great looking products with a great in-store experience they managed to make the electrical stores more of a destination than a retail outlet. Others have quickly followed, most notably Dixons in the UK with their pilot store Dixons Black in Birmingham. As offline retail increasingly struggles against online, especially where the products are more commodatised like in electrical, then the focus is shifting to the in-store experience. Using a combination of knowledgeable staff and well presented products, retailers are fighting back.

When you don’t offer anything special then the only thing you can do is compete on price… and that’s a downward spiral where the retailer with the deepest pockets to “buy their customers” is going to be the winner.

Retailers like Apple, Dixons, Game and Disney are starting to offer something special to turn the shopping experience from a physical one to an experiential one.

Apple do more however. They have turned the purchase process into a relationship. Making the stores also a centre for servicing and support through the “Genius Bar” as well as running seminars and training, they actually want customers to return. Whilst this isn’t a loyalty programme in the traditional sense, i think it indicates how retail loyalty is changing. It can’t simply be something stuck onto the side of the retail process and instead needs to be deeply embedded into the experience.

Expect to see more retailers upping the experience in-store and needing their loyalty programmes to help both support and drive this.

As these 3 key trends converge we’re going to see a blurring of the lines between online and offline retail, with consumers having a more tailored and personalised in-store experience and with retailers gaining a better understanding of (and ability to influence) the end to end purchase process for each individual customer. Loyalty programmes play a key and central role in all of this as a means of proactively gathering consumer data in an opted-in manner and allowing appropriate reward and recognition to be given back.

This will result in “you and yours” – your data, your behaviours, your friends, your experiences – being a central theme for 2012.

I probably say this every year, but 2012 is going to be an exciting time in loyalty marketing!