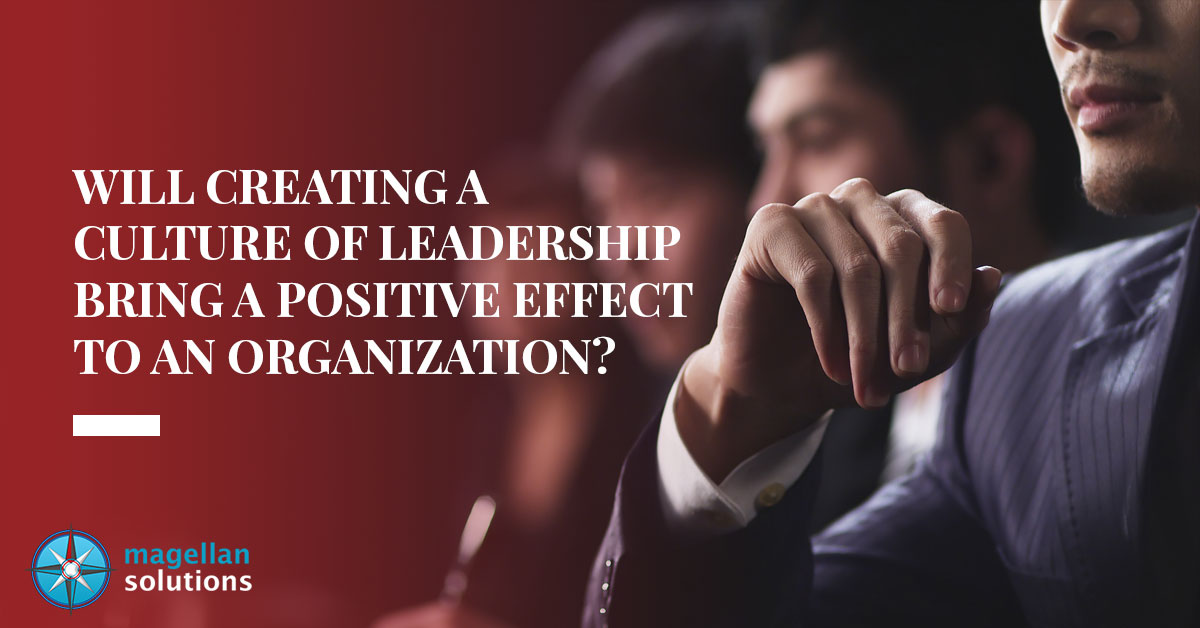 Yes, it will. Having leaders in your organization or company is such a great advantage.

Why? It’s because leaders are responsible and will lead your employees into a better future.
John C. Maxwell once said, “A leader is one who knows the way, goes the way, and shows the way.” These are the employees that work well with everybody. They are the people that you want to mingle with because they listen carefully, they observe fully without judging, and they are not arrogant.

According to Bill Hogg, in his series of articles about leadership speaker, “In my experience as a leadership speaker and consultant, it starts with senior leaders reflecting internally — to understand their purpose, gain clarity about what they stand for and what the organization stands for — and identifying how to communicate this with the rest of your organization.”

Creating a culture of leadership

So how would you create a culture of leadership? By starting from yourself, as the owner, CEO, or a manager, you should always show an example behavior that your employees could emulate. It should not be through words only as that will reflect your stance on it.

Forbes said that leaders reinforce accountability and process ownership. They should be firm with their decision and will not be persuaded by non-sense things. One way to do that is by having a purpose and goal. Leaders pattern most of the things they do and their other actions to that goal or mission. They do not see the short-term goals and will focus on the long-term ones.

In addition, Bill Hogg has also stated that creating a culture of leadership could start as early as the hiring process. Recruiting people that would best fir the ideals and visions of your company should be the norm. A clear statement of wanting those characteristics and a personality that would greatly contribute to your company is a must.

While you are starting from the very top, the bottom should also be polished. After that, your employees will all have the qualities of a leader. They would all be responsible and be observant. Self-disciplined employees and staff would not only create a harmonious relationship between teams but it will create a great office environment.

Effects of a culture of leadership in a working environment

When your employees are leaders, they would see the positive side of the business and work. They would be consistent with their values and would not only show it at the beginning. It would be their daily routine. Though they are not in the high position or are new hires, if they embody the leadership qualities, they would make great coaches.

People would want to come to an office and work enthusiastically as leaders will encourage them. Leaders will also trust the decision of other employees and would hone them to become leaders too in the future.

Your team would be like a well-oiled machine that works perfectly with each other. They would bring each other up and will ultimately bring a positive effect to your organization, business, or company.
or