The above astonishing stats from Threekit hints at the significance of AR & VR over the eCommerce industry.

Perhaps if you are owning an eCommerce platform or looking forward to getting one, AR & VR is a must for your project. Ignoring them is bound to give your eCommerce portal a setback.

But how exactly a recently introduced technology has become a masterstroke for eCommerce in no time? Read this blog to find out.

So, do you know what exactly AR & VR is?

If yes, then skip the following two definitions.

AR: Augmented Reality deals with the integration of digital substance to a live view of the subject. Best examples include the famous game of Pokémon Go and the much renowned Snapchat lenses. 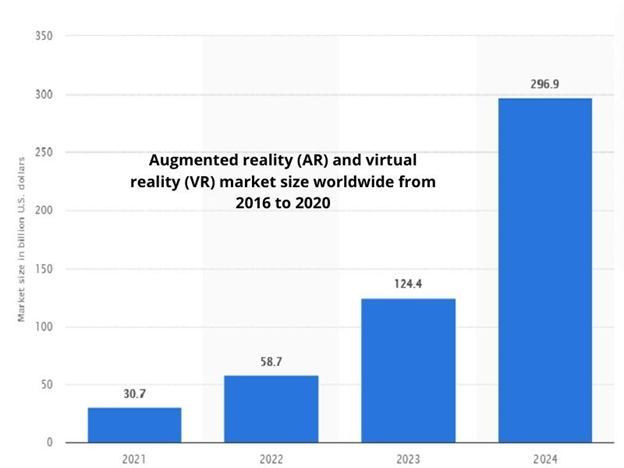 That was a concise introduction of Augmented Reality and Virtual Reality.

1. Helps to stand out by boosting brand awareness 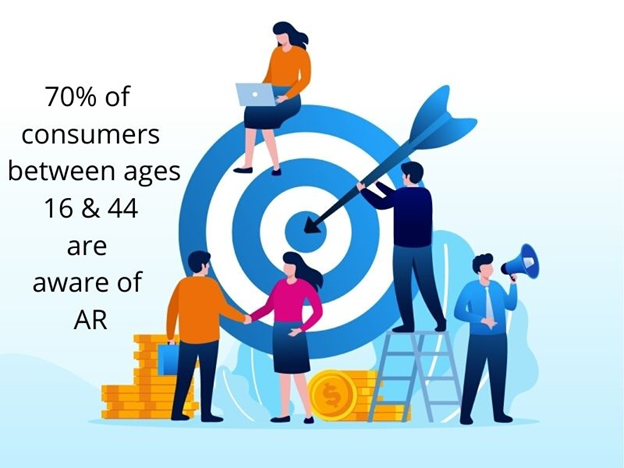 If your ecommerce platform is on a B2C model, this one (boosting brand awareness) speaks for itself. Every B2C business model has tons of competitors. While advanced SEO is a must for coming to client’s attention.

A user returns when you have something unique to offer. Augmented Reality plays its part very well in leaving the user long for more and more.
Ultimately a user remembers the eCommerce website that offers advanced AR & VR features for clients to play with.

Noteworthy Stat: As much as 67% of Ad agencies are using AR to boost brand awareness among the clients, as per AI development stats.

The technology has helped users to stay on the website or App for longer hours. As soon as a user starts trying products using AR or VR, he /she gets well immersed in it.
Consumers develop a more intimate relationship with the products they can try hands-on. Mainly because, unlike common platforms, an AR-based website or app offers a try before you buy experience to consumers.
It automatically boosts client engagement and enhances the conversion rate of the platform.

Noteworthy Stat: According to a survey conducted by Threekit, investing in 3D technology for online shopping can boost conversion rate up to 40%. 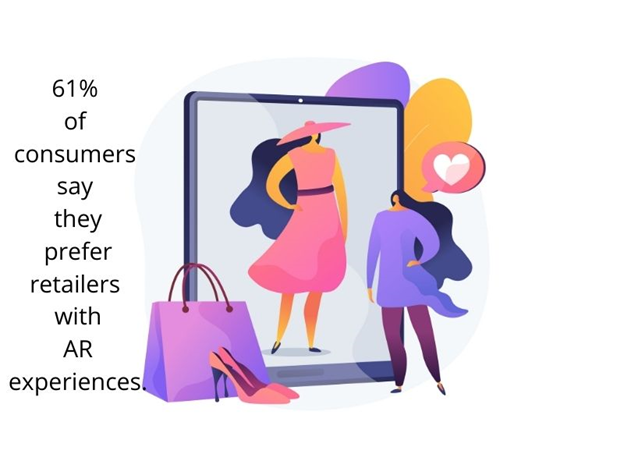 The try-before-you-buy option helps the users make a well-informed decision. It has significantly filled the existing gap between the digital and physical world.

Before AR, the users were always in doubt whether a particular product will be up to the expectation or not. Clients often faced disappointments when a received order was not the best fit.

The technology has helped eCommerce platforms face lesser returns from clients due to disappointments as buyers make a more informed decision.

4. More buyers with the in-store experience

Many consumers simply prefer brick-and-mortar shops as they have either received fake and bogus products online or prefer products after physical inspection. Often issues occur due to differences in the photographs shown and the actual product received.

Here’s a quote from Mark Zuckerberg: I think everyone would agree that we do not have the science or technology today to build the AR glasses that we want. We may in five years, or seven years, or something like that. But we’re not likely to be able to deliver the experience that we want right now.

While there may be some time to have the ultimate in-store experience from the comforts of home, technology has effectively started the trend.
AR and VR have helped the eCommerce industry with many new joiners and gained back lost consumers too. As buyers can have a virtual inspection of the product, the overall need for mortar and brick shops is fading effectively.

5. Holds the future of eCommerce

There may be multiple more technologies that we are to face in the coming years, but for now, AR and VR seemingly hold the future of eCommerce.

Here’s what Tim Cook thinks: I do believe that a significant portion of the population of developed countries, and eventually all countries, will have AR experiences every day, almost like eating three meals a day. It will become that much a part of you.

Both developed and developing nations are facing the immediate influence of Augmented and Virtual Reality. To help you understand how exactly they hold the future of eCommerce, I have illustrated a few successful case studies.

Successful Case Studies of AR/VR in the Ecommerce Industry 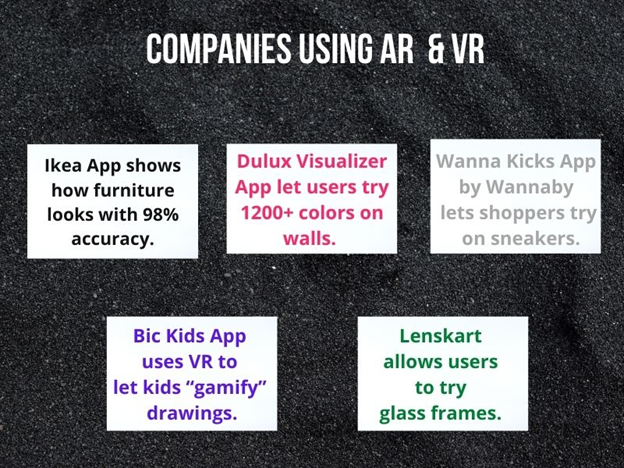 Let’s look at some of the them in detail: 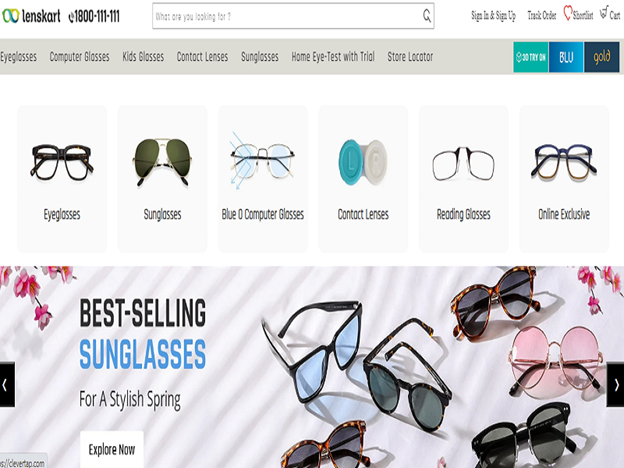 Lenskart is an Indian firm selling spectacles via physical stores & eCommerce platforms as well. It is among the first few Indian companies that tried hands-on Augmented reality space and has noted a sharp rise in Conversion.

The app simply works by gaining access to the device’s camera of the user. It allows the user to try multiple glass frames with convenience. The “3D Try On” feature is available on both the firm’s website and app too.

You can also hire VR app developers from India to build a successful eCommerce website with try-on features. 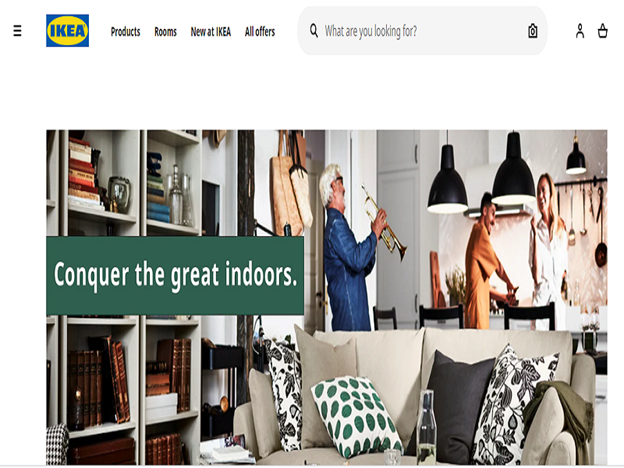 The renowned furniture dealer is rocking the digital world with its Augmented Reality application. The app allows buyers to scan the room or open space for uploading the dimensions.

Once the scanning part gets done, users can try 2000+ furniture items to view and decide whether a particular product matches the interiors. 3D rendering from multiple angles allows buyers to have the exact knowledge of how a piece of furniture will look up after being placed.

The application has helped clients make quick decisions and has also enhanced the number of conversions. augmented reality app developers have successfully created a win-win for both parties in this case.

The furniture firm is now targeting sales of $5.9billion with its Augmented Reality application. 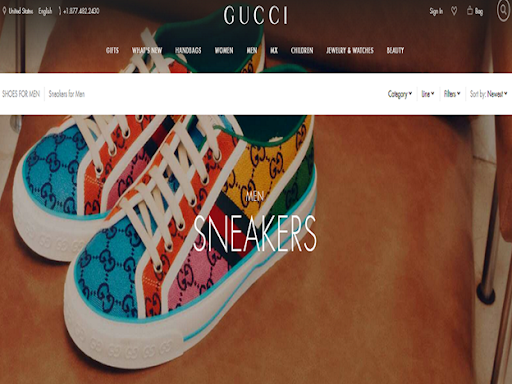 Gucci, the world-class fashion brand, has also joined the race of ecommerce firms trying Augmented Reality and Virtual Reality. The brand has simply updated its regular app with the ‘Try On’ feature.

By pointing the device’s camera over the feet, potential customers can try a range of sneakers. The trial mode has been simplified with left and right swipes for trying different pairs of sneakers.

The Ecommerce industry is rapidly growing with Augmented Reality & Virtual Reality. So, integrating them is a must in your retail eCommerce mobile app development project.