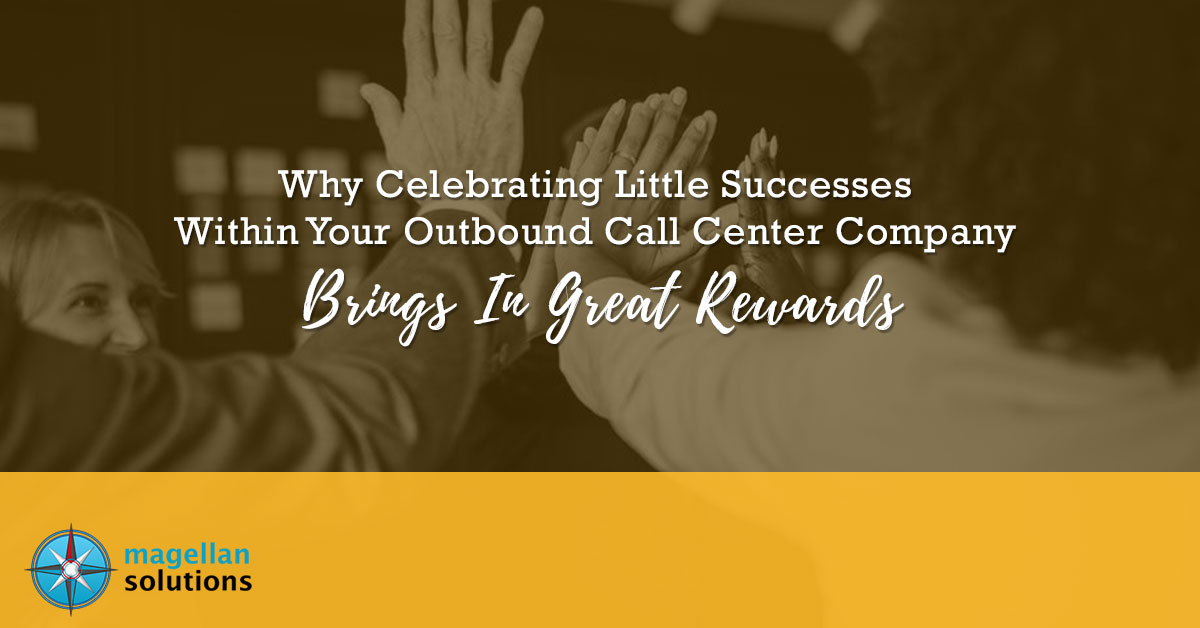 Agents from an outbound call center company that deals with the lead generation, B2B and B2C sales, or appointment setting have a high probability of experiencing burnout — a complex psychological syndrome caused by long-term emotional, mental, interpersonal, and/or physical stress. A by-product of a negative environment and occurrence, it also brings in negative impacts to the organization — low morale, low productivity, and high agent attrition rates.

It is not a secret that call centers have the highest turnover rate for employees. According to Contact Center Challenges & Priorities 2017 survey, it is still agent turnover that challenges them the most. In addition to that, being an outbound agent might be one of the hardest call center jobs. Not to downplay other call center jobs but being the one to call a possible customer is slightly more difficult than being contacted by a possible customer who has a goal in mind already.

Because of that, employee engagement between call centers should be high. Engaging the employees and making them feel they are important is crucial. Making them realize that they have a significant role in the organization is also a key aspect. Studies revealed that when people know that what they are doing is for the greater good and higher purpose, they are likely to have a healthier outlook on life and be more resilient to stress.

There are many ways to assure your employees that they are important. Celebrating little successes within a small team of an outbound call center company could be one. Giving them credit for where is due.

There are many types of call center rewards and recognition ideas a call center agent could have. From as big as a raise or promotion or little things like getting the best seat or schedule from the team always matter to the agents.

Also, keeping a promise made to them after getting the job is also very important. Just like what happened to Arlene Serelina, who shared her story with International Trade Union Confederation. The 30-year-old lady worked herself off in a multinational call center company in South Africa. Lucky enough she got promoted and a promise of a raise.

However, the salary raise never came and to top that off, she was exhausted from long hours of work and her relationship with her family was not good. Because of this, she left her job. She applied to another call center and got accepted immediately. She was also promoted after months only because of her experience from the previous one.

With the new call center company, she is happy. She gets to work just the right amount of hours plus her salary is appropriate for the work she is doing. This just shows that when you reward the agents that do their best and keep your promises, rewards like employee retention and better work outcome will be given to your company.

[READ ALSO: Don’t Measure Your Employees’ Happiness Through Compensation, It’s Not The Only Thing They Need]

Another example is Jeroel. He wanted to become a teacher. However, because of financial difficulty, he opted to work in a call center in Manila, Philippines. He persevered with everything and succeeded. He became a trainer and then manager. He worked through all and was rewarded with a promotion. As for the company he is working, he is giving back with a much better result for the company to even flourish more.

Another great example is Suzanne Lu-Bascara. She is now a manager in a call center in Dumaguete. After working as an accountant, banker, software analyst, and a simple call center agent, she now manages a company with 1,500 agents. She saw how the company flourished. She is now the one complimenting and rewarding other call center agents for a job well done.

It is safe to say that her relationship with her company is a mutual one. They benefit from each other and will surely continue to do so.

Not all success should be as great as promotion; some of them could be as small as closing a deal or getting a new lead. And for that, simple recognition such as ringing a bell or clapping for the agents could perfectly be remembered by the employee and will be cherished by them.