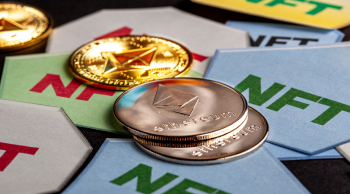 Today, in the offices of retailers and brands nationwide, smart people are estimating how many transactions are worth the reward of one non-transferable, expressive asset – also known as a non-fungible token (NFT).

NFTs are digital representations of an event, artwork or historic moment that cannot be replaced, often encrypted with the author’s signature. It’s kind of like buying original art – back in March, the first NFT painting auctioned off for $69 million. But unlike buying a painting at a gallery, ownership of an NFT is stored on a digital ledger called blockchain, the same place where cryptocurrency ownership is recorded.

More consumers are shelling out big dollars to own these unique digital images for many reasons in addition to bragging rights. Consumers are attracted by their novelty, the chance to support the arts and by the potential resale value (like any investment, that would be based on speculation and scarcity). There even are communities emerging around specific collections of NFTs, kind of like a Harley-Davidson rider community.

As a result, more NFTs are coming to market, and logic suggests some members  would cash in their reward points for the same. NFTs, as one-of-a-kind digital files, can grant ownership to a broad spectrum of specific digital assets, including music, digital art,  jpeg images – even access to retail rewards.

And therein exists the opportunity for reward operators eyeballing the now $7 billion NFT market: the experiential and novel quality of NFTs is well aligned with what defines some of the most effective loyalty program rewards, in terms of strengthening customer engagement. But even more attractive is the flexibility of NFTs; they can be designed to serve as gateways, or tickets, to future rewards, enhancing their value.

Big Brands Are Blazing an NFT Trail Toward Loyalty

More reward operators should follow the lead, and dollar signs, of major brands that are tapping into the NFT marketplace as a revenue stream. These include Nike, which filed seven trademark requests for virtual goods; Italian luxury label Gucci, which auctioned off an NFT version of its fall/winter collection at Christie’s; and Dolce & Gabbana, which in October sold a nine-piece collection of fashion NFTs for a record $6 million.

These high-profile brands are attracting headlines that are turning the heads of the NFT curious. Since then, more mainstream brands picked up the thread, but instead of selling NFTs, they began offering them as reward currency.

Among Those Adopting NFTs as Rewards:

It’s logical to expect more organizations to create unexpected reward experiences using NFTs, because the concept is just so versatile. Anything rooted in a creative and evocative moment can be captured as an NFT, and the value of the reward directly correlates with the depth of a member’s loyalty.

Expression can be misunderstood, however, so early adopters should be cautious about tone. Here are four guidelines that can open new NFT reward portals.

Look, few transactions prove a customer’s loyalty to an organization as them cashing in their reward points for a symbol of what that organization means to them. But that symbolism is just the jump-off point for NFTs. The personalized nature of NFT rewards presents a new frontier for reward concepts, and it’s waiting to be explored.

Don’t keep it waiting, because the competition is not.

This article originally appeared in The Customer.