Multitasking, the act of doing many things at once, is productive.

Or so many people thought.

Many neuroscientists have stated that we do not really do things simultaneously. We just switch from doing one task to the other fast.

“People can’t multitask very well, and when people say they can, they’re deluding themselves,” said neuroscientist Earl Miller. “The brain is very good at deluding itself,” he added. He elaborated further by saying that people cannot really focus on two things at the same time. For example, writing an email and talking on the phone at the same time, may seem productive but it actually steals a person’s ability to focus which is an essential part in giving a proper response. 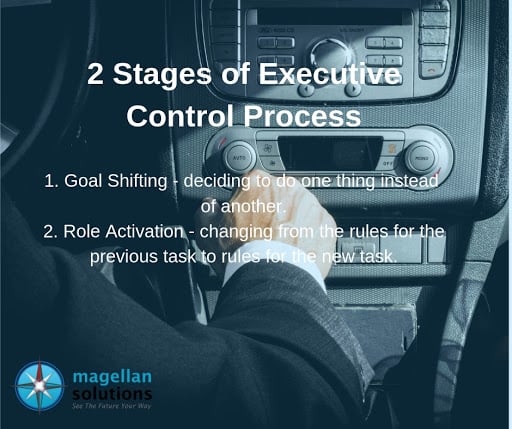 Miller explained that people cannot focus on either of the two. “That’s because of what’s called interference between the two tasks. They both involve communicating via speech or the written word, and so there’s a lot of conflict between the two of them.” Our brain struggles because of it. They try to figure out details to continue with the task and know what is going on.

University of Michigan researchers have done a study about multitasking. They used an MRI scanner to photograph test subjects’ brains as they take on different tasks. Daniel Weissman, the neuroscientist in charge of the experiment has stated that the test proved that the human brain stops before doing another task.

As a result, researchers concluded that multitasking is not real. Multitasking even makes people work slower as their brain is trying to comprehend and follow what the person wants.
Weissman also explained that what we are actually doing, let’s say for example when we listen to music and then write something, or when we watch the television and cook, we just lessen the sound or visual of the other task and focus more on the other. It is what makes us human, being able to decipher what we have to focus on in order to survive or at least do our task every day.

As we have explained things about multitasking, it definitely does affect productivity. When you think you are accomplishing more tasks in the workplace when you do many things at once, you actually don’t. You are just switch-tasking and it takes more time.

According to Psychology Today, a study in 2012 has concluded that 40 percent of your productivity is lost when you multitask. Since each task switch makes you lose 1/10th of a second, if you add all of it in a day, it can equate to the 40 percent. 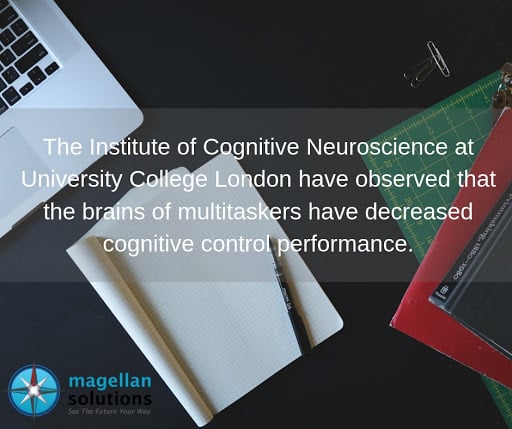 A Stanford research has further elaborated on the effects of multitasking for students, which can be said the same for employees. After the first two tests, Professor Clifford Nass stated that the multitaskers are “suckers for irrelevancy,” and that “everything distracts them.” People who do not usually multitask are better at identifying or doing the test compared to those who usually multitask.

One of the researchers said, “The high multitaskers were doing worse and worse the further they went along because they kept seeing more letters and had difficulty keeping them sorted in their brains.” Because of that, they thought of a third test but in that experiment, the multitaskers failed too.

They just couldn’t focus on the most important task and keep on thinking about the other tasks. Because of this, the researchers concluded that “multitaskers” are indeed slow workers compared to those who are not.

Sending emails during meetings or talking to a co-worker while researching can slow an employee’s productivity. A study conducted by workplace design firm Tower Bridge in 2016 has found out that a “company loses about 330 hours of productive time per 100 employees every day”. Imagine the amount of money lost because of a myth.

It does not only hurt the employee’s productivity but also the company’s overall performance. Just think about if we do one task at a time and finish it before jumping to another task; we will be finished with many chores in no time.

Multitasking also affects many other factors. We lose focus on the most important job we need to do. Concentration is compromised just to do all those things (checking email, social media, and research) when we can do it one at a time.

Another effect of multitasking is memory impairment. Important details are at risk when we are distracted. Let’s say you are doing a report and one of your co-workers keeps talking to you. You will forget about vital information you need to put into your report when you engage with that co-worker.

Another example is when you are answering a phone call from your customer and you are checking an email from your boss or co-worker. You will lose focus and might not satisfy the customer you are talking to and that will end up in a situation you will not like.

Multitasking can also increase your stress levels. Attempting to do many things at once will make you lose your cool. It can lead to burnout, anxiety, and absences from work. Those three things can affect the company’s overall performance especially if the attrition rate is high. With a fast-paced company that needs employees’ utmost focus, multitasking has no place.

How to increase productivity in the workplace

“What tends to save the most time is to do things in batches,” says Guy Winch, Ph.D., author of Emotional First Aid: Practical Strategies for Treating Failure, Rejection, Guilt and Other Everyday Psychological Injuries. “Pay your bills all at once, and then send your emails all at once. Each task requires a specific mindset, and once you get in a groove you should stay there and finish.”

If we put his conclusion in the work setting, it means we need to finish a task before starting or shifting to a new one. For call centers, one way to increase productivity without “multitasking” is to focus on your main task.

If you are in the customer service sector, focus on one customer at a time. Do not try to solve many customers’ problems all at once especially if you work using different platforms or media. You should answer emails one at a time, reply to a customer on Facebook one at a time. You also should focus on your job first before helping a co-worker with theirs.

Another way is to close all social media channels on your tab. If you are allowed to open them at the office, try closing them first. Or stop stalking someone else and focus on your task. You cannot read or like someone else’s post and try to talk on the phone for inbound customer service. You will definitely get distracted, hence making the phone call longer. Not only will that affect your productivity but it will also affect your efficiency and overall performance.

Now, if you really need to do many things for the day, you need to list them down according to their importance. Write the most urgent first and then follow it up with the not so much ones. Try writing five at a time or at least less than ten or the amount that you can actually do in a day. List down the thing that you can achieve, not the things you want to achieve. 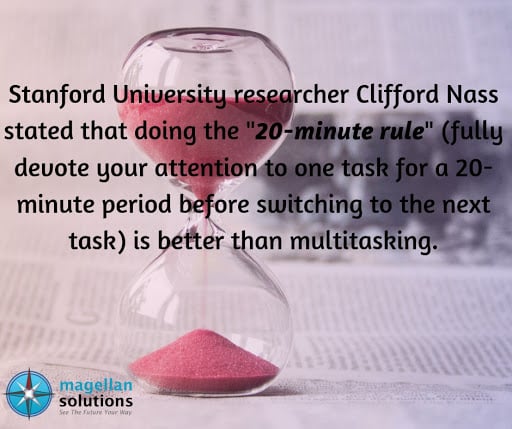 After that, try to disseminate time for each task. Your time management skills will improve as well as your productivity because of this. For example, you will check your emails first thing in the morning when you get to your office and cubicle at work. However, you will only look at it for 30 minutes to an hour. After that, you need to write your report and send it to your supervisor. This one might be a little time-consuming so you can dedicate an hour to two for this assignment.

Lastly, take breaks in between. It is important to de-stress while at work. Getting all fired up or bummed out after a task can kill your enthusiasm. Recharge and replenish so that you will have a positive outlook about your work when you start doing them again.

It is also important for companies to actually see and solve multitasking issues and how it affects the agents at work. This will ultimately lead to an increase in productivity and overall performance of the company.

Why Your Customer’s Needs Have to Be Top Of Mind

AI-Driven Customer Marketing: How It Works and Why You Need It

The Happy Leader: Boost Your Happiness and Leadership Effectiveness