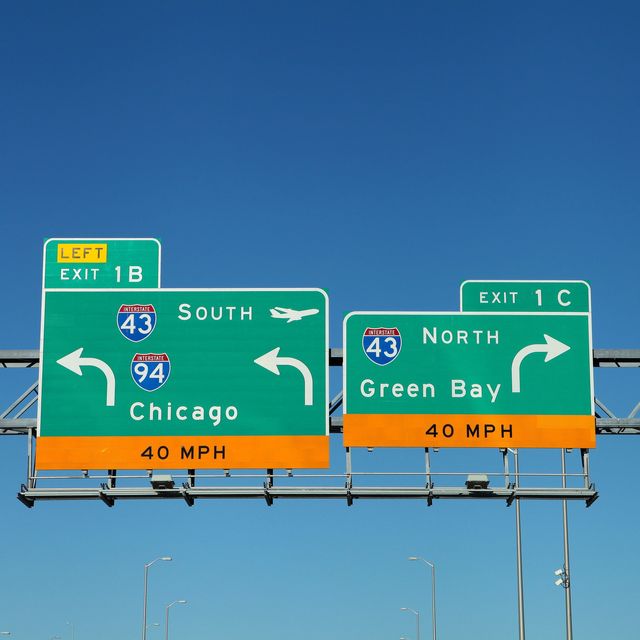 You're driving down the highway and you approach a road sign which says Chicago (South), Green Bay (North). Smart people know that taking the appropriate exit puts you on the road TO one of those cities and that you are NOT IN one of those cities.  Morons think they have arrived.

The sales version of that occurrence is the single most common challenge we observe when watching salespeople "sell." It doesn't matter whether it's a live phone call, virtual meeting, face-to-face meeting, or recorded sales call.  Salespeople who are learning to take a consultative approach to selling hear a stated issue - the consultative selling version of a road sign - but think they have arrived at their destination - the compelling reason to buy.

This is supported by the data.  Objective Management Group (OMG) has data on 2,280,260 salespeople that have been assessed from more than 30,000 companies.  The findings are horrific: 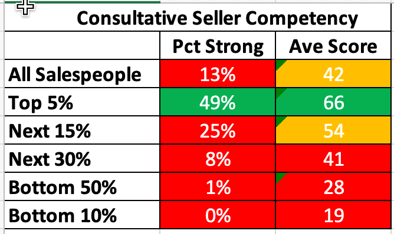 As you can see, even the top 5% don't excel at taking a consultative approach to selling with an average score of 66.  That's not bad, but these elite salespeople score at or near 100 on most of the other 21 Sales Core Competencies.  Only 13% percent of all salespeople are strong at taking a consultative approach while almost nobody in the bottom 50% is strong at this competency.  Signs, whether on the road or on a sales call, point to a path or direction. They do not announce your arrival.

Speaking of signs and data, I would like to share some sales candidate assessment data from six clients.  I'm sharing these because the data provides signs that point to certain paths or, in this case, reasons for the data.

The second column represents the percentage of candidates that met the specific criteria for success in their specific selling role(s), at their companies, selling to their audience, against their competition, and at their price points.  As you can see, the recommendation rate varied wildly because the criteria for a recommendation is dependent on the specific criteria for success in the role, as well as the difficulty of the role. Additionally, the quality of the candidates varies based on the appeal of the job posting and more specifically, total compensation.

The fourth column represents the percentage of candidates who were not recommended for each company. It's important to note that a candidate who is not recommended is not by default a bad salesperson.  Not recommended means that the salesperson didn't meet either OMG's criteria for the difficulty level and/or the client's criteria for success in the role.  It's possible that good salespeople may not be good fits and you shouldn't have to ask why.  How many salespeople have you hired, confident that they were good, only to see them fail?  Maybe they weren't good, or maybe they weren't good fits.  You could have known in advance had you used OMG.

The client in the sixth row ran a job posting that attracted candidates, but not the right candidates. It wasn't tied closely enough to the criteria required for success in the role.  Compare that with the clients in the first and fifth rows who attracted only 39 candidates combined.  Their ads and/or their compensation likely sucked because most candidates were not moved to apply.

The data always takes the form of a road sign and tells you where to go to reach your intended destination.