Have you heard of the Cobra effect?

In Victorian times, at the height of the British Empire, the governors of Colonial India were very worried about the number of cobras in Delhi — no self-respecting bureaucrat has a liking of venomous snakes.

The governors came up with a plan.  They offered a reward for every dead snake that they were given. The incentive was a massive success, dead snakes arrived at government offices by the basket full.

As planned the number of snakes dwindled and so did the number of dead cobras being handed over. Some bounty hunters however, were better than others at catching snakes.  They kept finding them, killing them and claiming their reward.

Eventually the British cottoned onto the fact that the snake catchers weren’t finding the snakes at all, they were breeding them.

So the government stopped the programme…

… and the snake breeders let their snakes go free…

… so the snake numbers climbed back to where they started.

What about the Great Hanoi Rat Massacre?

In Vietnam, in 1902 under French Colonial rule a similar bounty programme was offered to cut the population of rats.  To receive a payment the Vietnamese bounty hunter had to present the tail of the rat.  All very simple.

Eventually the French noticed that their were lots of rats roaming the city without tails.  The bounty hunters had caught the rats, lopped off their tails and then let them go again.  After all a rat without a tail can still breed; it would be foolish to kill off a revenue stream unnecessarily, now wouldn’t it.

It is easy to change things

But the higher the stakes and the more sophisticated the system you are playing with, the more likely something unintended is going to happen.

If you want high stakes look no further than your H.R. policies.  These are what determine an individual’s success or failure.

If you are busy redesigning your incentives, appraisal systems or promotional processes, don’t declare victory the minute you have finished, wait and watch to see what happens.  That way you will be able to see and iron out any unintended consequences.

Something to remember in your next end of year calibration session.  (Though I’d still advise you to keep a look out for the snakes and rats.) 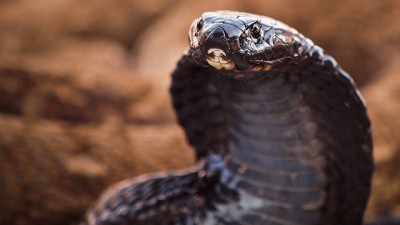