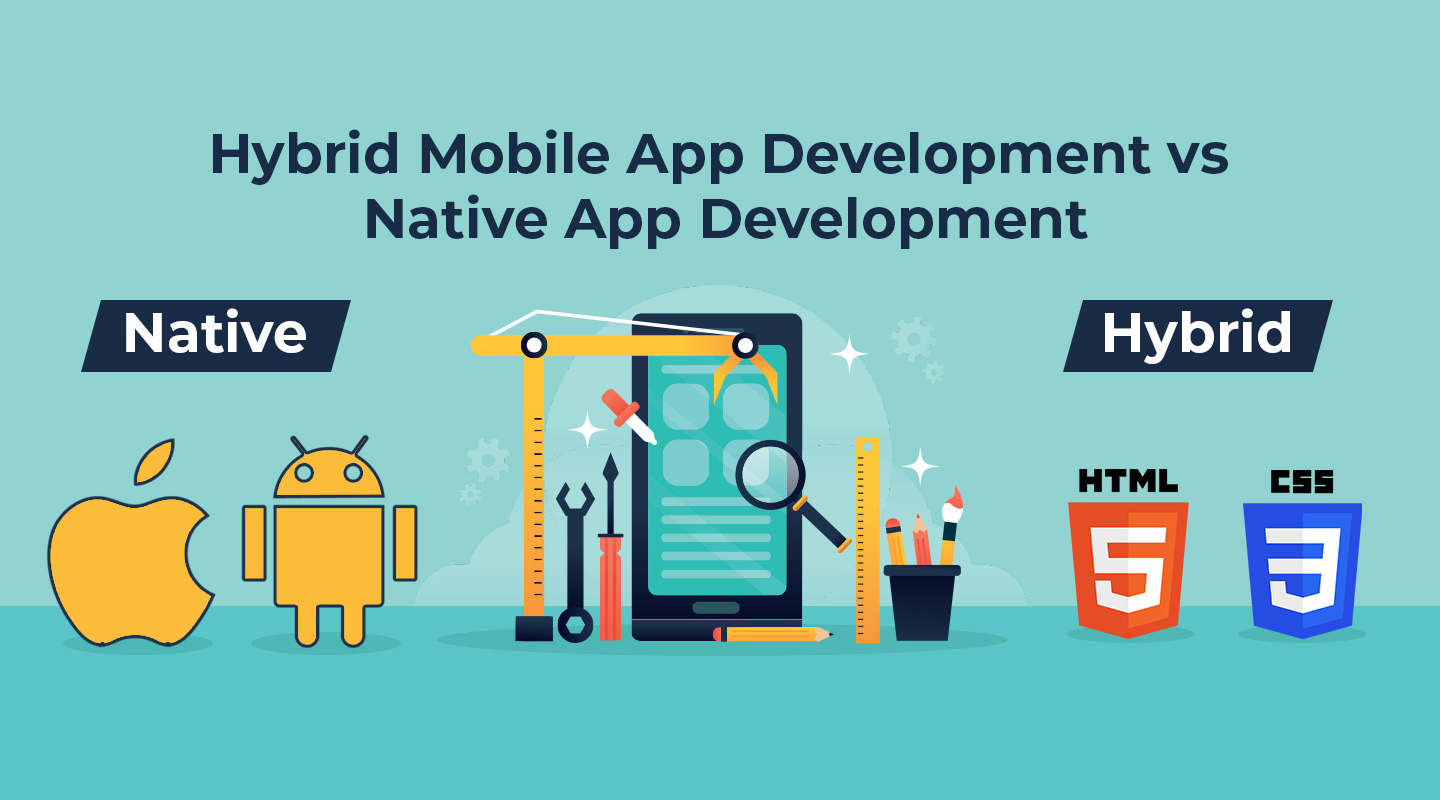 What is native and hybrid app development?

-> Native app development means androids apps are built using the company’s software development kit and tools. In other words apps developed for a particular operating system with a native language. For instance, Java is used mostly for android apps and objective-C is used for IOS based apps.

-> In hybrid app development, the app is more flexible and is developed for multiple platforms. They are developed by HTML5, CSS, JavaScript and later on implanted in a native application using applications like NativeScript, Electron, Apache Cordova, Qt Creator to name some.

As soon as you get a phone in your hand, you check for all the apps which you can install in your phone. But as per human tendency, if some app is not as per our expectation or is of no use further, you decide to uninstall the app and install another app. This cycle of installing and uninstalling apps continues.

Mobile app development companies are searching ways to get rid of this cycle of uninstalling and installing app. UI elements that are captivating, untroubled scrolling, gesture recognition which are rostrum friendly, quantum development in animation and effects, native apps lie where these features are highlighted.

1)Hybrid apps are cost-effective unlike native apps. They are of high cost.

3)Native apps are complete platform specific UI but hybrid have common UI for all platforms.

Being a regular user of smartphone, what irritates you the most? I know most of you would answer, “The time required to loading the page.”

From the above flowchart, hybrid apps can’t communicate directly with the device hardware. Whether it’s a mobile app or web app, the app first goes to the respective hybrid platform say Apache Cordova as shown. The code used may be in one of the three languages viz., HTML5, CSS, JavaScript. This platform executes the code and then address to device hardware. The content is loaded from the web server though this is not the case always, the performance depends on the speed of the internet. Talking about Native App, it communicates with the device hardware in a straight line. The unvarying content is downloaded as soon as the app is installed. Therefore the dependence of users on the speed of the internet is rock-bottom. Due to these reasons there is always a well-ordered and copper-bottomed work of the app.

1) Native Apps have better performance as compared to hybrid apps.

2)There are page loading problems with hybrid apps unlike native apps.

3)There is direct communication with the device hardware in case of native apps unlike hybrid apps.

4)Sometimes hybrid apps are not responsive as compared to native apps.

Hybrid apps are generally simple to maintain and easy to update the web technologies which is not the case with Native apps. Native apps require maintaining of codebases. Many users don’t upgrade their operating systems and continue to work on the older versions of operating system. Native app developers always have to therefore see that whatever the apps are upgraded to, should be compatible with both the versions i.e. the old as well as the new one.

2.Native app developers have to deal with device fragmentation which makes maintenance tedious.

One of the most highlighted question of the era is “Where are you?” The important factor is people wants to know your location thus bringing location based apps on demand. For instance, on a social site, if you want to add the location and tell others about your check-in, then you will need GPS to be integrated with your app. This integration with native apps can be seamless because they are using built-in capabilities of the user device. Integration with hybrid apps are quite difficult. The reason is that apps have to adjusted as per the platform specific code and the integrate. This makes few devices harder to integrate.

Since native apps are specifically for a single platform, they are difficult to port. This becomes easier for hybrid apps due to its multiple platform nature. Hybrid apps are not platform specific thus, apps can be ported easily.

1)GPS, camera, etc. can be integrated with native apps easily as compared to hybrid apps.

2)Hybrid apps can be easily ported as compared to native apps.

Businesses are adapting the methodology of lean development for quickest launch of their applications to compete with their rivals. Therefore people don’t find necessity to wait for longer period for app development. Taking this scenario in mind, it’s completely justifiable that why hybrid approach should be considered. Businesses which looks for a responsive and reliable product and ready to wait for more than 6 months are more prone to choose native approach.

Its often easier to create an app with hybrid approach due to its multiple platform feature unlike native. For native approach, the app has to be built in different platforms as per different devices dimensions.
Another point to remember, the changes made in hybrid are quicker to deliver to the end users without making them download the updates unlike native.

1)Due to lean development methodology, it’s wise to use hybrid for less time consumption as compared to native.

2)Changes made on hybrid is easier ti deal and also updates are not needed to be downloaded by the end user.

For hybrid apps, its better to build a MVP so that you can test within limited market. If your app works out, then you can build a native version but if your app has failed or success rate is not as expected, then you have invested less in development time and cost. Moreover, in case of native apps, revenue generation is through app store and in-app subscriptions whereas, for hybrid, revenue is generated through in-app subscription and by hosting on multiple app stores.

1)Revenue generation is through app store in case of native app.

2)Revenue generation is basically through in-app subscription by hosting on multiple apps.

This article was specifically written for people who wanted to get a clear view about native and hybrid apps and which is better to opt for. I have taken significant key of differentiation between the two and what was the inference from the paragraph under a specific key point.