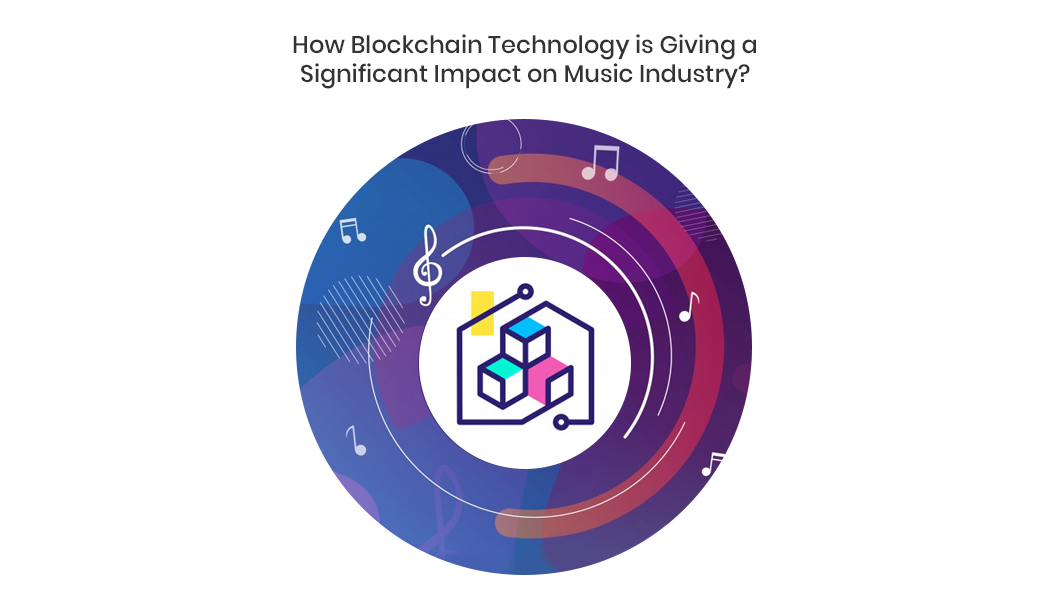 Blockchain technology is being adopted almost in every industry often offering solutions to problems that have remained unresolved for a long time. The music industry is one that has many problems ranging from piracy to third party distributors to poor payment of musicians.

The lack of development witnessed in the music industry can be associated with its decline in the past decades. However, the last few years have seen some growth in the industry. For example, in 2015, sales of music tickets clocked about $7.2 billion a figure projected to increase to $9.1 billion by the year 2021. New technologies are set to help evolve and change the industry to help do away with some of the tainted images it has carried along. The industry needs to secure itself with use of technology and the people involved in creating music need better pay.

So, how can blockchain transform the music industry?

One of the factors that have led to the downfall of the entertainment and music industry in the past few decades is pirating of music. Piracy of music is estimated to cost the economy of the US about $12.5 billion in entire output, $2.7 billion in earnings within the retail industries and sound recording, and 71,060 jobs. With the damage the piracy of music is doing to the economy, there is need to have an appropriate technology that addresses the weakness, loopholes, and problems encountered.

Today, it is very easy to get pirated music online for free download. From the time Naspter begun offering free music content in the 1990s, music piracy has been a chronic problem with most people taking it as the normal way of getting their music. You just need to visit YouTube and you will find so many illegal music that you can download and listen. Control of piracy in the music industry can help bring sanity in an industry that is losing billions of dollars in counterfeits and allowing the creators of music to toil and languish with little pay. Blockchain technology is expected to bring changes in the industry including halting piracy in different ways.

Businesses and governments can utilize the best blockchain development services to help tidy up the mess in the music industry.

When it comes to music rights, blockchain technology can help establish the owners of intellectual property rights regarding music and other creative content. Use of distributed ledger can come in handy in helping with intellectual property rights within the industry. A distributed ledger is defined as an open-source ledger holding entire records of transactions in a blockchain, but not all blockchains grant all individuals to access this information. Blockchain can provide information about ownership of music and other content, which can be used in court to defend the creators. This is important in the music industry because it helps prevent legal battles that are seen occurring between artists and studios.

Music industry has complex laws of ownership – for example, you can have ownership of the audio, ownership of specific lyrics in a song, and others. Blockchain technology can help standardize the method of establishing ownership since different institutions and companies can define ownership in various ways using different wording, formatting, and requirement. Because of these differences, it is likely that the definitions of ownership of may be manipulated creating a huge loophole.

Using blockchain technology to clearly display ownership, it helps allow individuals without legal knowledge to find out who exactly owns the music’s intellectual property rights. In addition, blockchain can streamline processes involving purchase of the music rights and compel other players in the music industry such as film studios to be able to pay for the rights of using music. It also helps trace the history of music rights since there is a transparent history containing all the information about how the intellectual rights have changed hands since a music piece was done.

In addition, smart contracts that are developed by a blockchain development company can be used in the music industry to help with ownership. Smart contracts are pieces of code holding complicated agreements made on blockchain and attained after specific conditions are met. It is difficult to change or manipulate the smart contracts.

Artists and studios are able to ensure other parties meet the intellectual property agreements. International rights of music are quite complicated because when music moves from one country to another, more distribution companies get involved. The process becomes complex because there are different laws, business practices, and regulations in the different countries the music is playing. Blockchain technology can be used to pass this barrier by providing supra-national records to help smoothen up things. It can also ensure that all funds are properly accounted for.

If different governments can accept blockchain technology as a legal way of indicating the ownership of music, it can help prevent and solve some of the problems witnessed in the music intellectual property rights. When governments agree that the records in blockchain can be used as legal evidence in court, it helps with the legal disputes and the real owners of music are identified.

When an artist produces music, the piece is published and sold on various platforms resulting in lack of information about how much money could have been made from the sales. There is no complete consensus as to what amount was earned by selling the music. This leaves many artists without earning from their efforts and hard work. The artists are not paid fairly for their work.

Influential figures in the music industry are also supporting the argument that artists are not getting what they deserve. The head of creator services at Spotify, Troy Carter is one individual who has talked about the artists not reaping from their work. In 2018, musicians only got 12 percent of the entire revenue raised in the music industry the previous year. Adopting blockchain technology can help overcome issues with record keeping of sales in different company platforms ensuring that there is a clear picture of how much earnings have been collected for a particular song or album.

Since the information is visible on blockchain, it helps all the parties involved and the public to be aware of the amount of money they are owned. They also know how much of the total earning has been taken by third parties who work to distribute their music. When there is disparity, the parties involved can have evidence to back their claims. Other professionals who work with musicians or artists like sound engineers, songwriters, producers, and other kinds of collaborators can also benefit from the blockchain technology. If the lyrics in a song belong to a writer for example, they need to be paid for that as well, however, it never happens smoothly.

Blockchain technology may also help ensure artists are paid in a timely manner. Smart contracts can be used to help instantly pay musicians and other artists or even collaborators when certain requirements are met.

Doing Away With Third Party Distributors

Using blockchain can help weaken the third party distributors and what hold they have over distribution of music. It is even possible to eliminate the third distributors from the industry ensuring that they don’t exploit musicians. Blockchain technology can cut off the third parties ensuring that the earnings are shared among few parties meaning optimal earnings. For example, cryptocurrencies that are a blockchain technology application have been able to cut out bankers. Use of blockchain technology is able to bring together artists and fans allowing the music listeners to be able to pay micropayments to the artists for playing and listening to their music directly. Other types of media like content marketing have been able to suggest this kind of attribute where readers are able to pay micropayments to be able to read an article.

Using the best blockchain developer teams, you can create different apps and software that can assist in streamlining the music industry.

Adoption of Blockchain Technology in the Music Industry

Big companies like Spotify and YouTube from Google can make a big difference by utilizing blockchain technology in paying artists. Spotify is considered a big player in the music industry, so big that at some point, the company was considered to be worth more than the all US music industry having a valuation of $8.4 billion as of 2017. Spotify has helped in hindering music piracy. While Spotify created a platform to allow listeners to pay, there are some complaints on the whereabouts of the money earned. TechCrush recently reported that Spotify bought blockchain startup Mediachain with the aim of connecting artists and other holders of music rights the platform hosts. It is likely that other companies within the music industry are going to see the various ways they can utilize blockchain technology to help the musicians and artists.

Although blockchain may not resolve all the ills in the music industry, it can help bring sanity in some of the areas especially in areas of intellectual rights, earnings, and distribution of music. Paying artists for the work they do in a fair manner can help motivate them to create more music. Blockchain can also help dismantle piracy, which has almost crippled the music industry. However, world governments have to recognize that blockchain technology can be used to provide proof of music ownership rights.