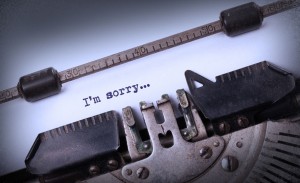 Physiologically we are inclined to activate the lizard brain when we have an angry customer on the phone and we can choose one of two reactions: fight, which results in a defensive response or flee, which results in loss of connection or disengagement that erodes any glimpse of recovery.

In my coaching of front-line customer service representatives over the years, this single piece of the puzzle has transformed the quality and outcome of many an interaction with a furious customer.

Let me tell you about a customer who wanted to return bottled water that had damaged labels. After the store manager had informed the customer that he would qualify for a refund only if the bottles were returned in their original condition, the customer proceeded to shout at the store manager, left in a huff and then wrote a letter to the CEO stating that he had never been treated with such disrespect. He then listed his various degrees, including a PhD.

I want you to think about the following questions:
Why do you think the customer needed to list his qualifications? Maybe he felt inferior, inadequate or embarrassed for trying to return damaged bottled water and being told he could not do so.
Why do you think he wrote the letter, naming, shaming and blaming the store manager for disrespecting and humiliating him? Because we always need to make someone else feel “smaller” than us.

The human psyche is complex when it comes to these difficult and risky interactions. It is never just about the one isolated incident; when it happens it opens a whole Pandora’s box of resentment, unexpressed anger, shame, fury and nasty emotions our front-line staff are usually not trained to deal with.

Let’s look at some of the scenarios that infuriate people:

• Things change – upgrades to systems and processes
• Things break – they don’t work as expected
• Lack of connection in an interaction
• Expectations are not met in general
• And my all-time favourite … a sequence of events that go awfully wrong.

This typically leads to the following emotions in customers:

Very often, corporates enforce a scripted response that ensures we comply with a variety of regulations. This is mostly the norm rather than training people to coax an angry customer to be willing to speak to a brand again and give it a second chance.

I have so often heard from the front line that they cannot possibly say they are sorry since this is an admission of guilt. I have analysed hundreds of telephone calls and often hear customers repeating their complaints, using different words every time and with varying emotional intensity ranging from furious to apologetic – ‘I know you just work here …’

What frequently happens if a customer complaint is not handled effectively the first time and is escalated to management is that the emotion will also escalate since the customer experiences it as the brand making it as difficult as possible to have problems solved. Any brand that equips its front line with the right skills and allows them to be human when it comes to problem solving, should not need a complaints department.

So let me share with you a few tips that I think will create an opportunity to win over a furious customer again.

Acknowledge the problem.
The reason why customers continue to repeat and restate their problem is because they think you have not heard them. If you acknowledge and clarify the problem and even ask questions to deepen your understanding, they know you are listening.

Empathise and connect.
There are ways of saying, ‘I understand’, ‘I would be angry too’, ‘Customers are not supposed to have such a hard time doing business with us’ or even ‘I am embarrassed to hear about the fact that you had such a hard time with our product or service’.
What happens in the customer’s head is ‘Ok, they heard me’, ‘Ok, they get it…’ and then ‘Let’s see what they are going to do about this.’ The point is that you have moved them from the initial position of being flooded with adrenalin and anger.

Solve the problem.
And by this I don’t mean that all problems can be solved, but start a process by which you create perspective for the customer. First gain his or her trust by following the previous two steps, then get creative. If you need to investigate, don’t say you cannot solve the problem or that you need to consult with management, but restore the customer’s faith and emotions by saying you are going to get help from the product or process experts.

Keep your promises.
If you say you are going to call back or send a voucher, keep that promise. Customers who are furious remember better than elephants. And most of them make notes of the numerous calls they make, the reference numbers they have been given and the name of every person to whom they spoke ….So beware, they write down those promises too.

Be human, be kind, don’t be scared.
In training and coaching front-line staff, I have often witnessed a remarkable change by teaching them mindfulness of what happens when a furious customer screams at them. They see an angry lion that is about to eat them alive and their survival at that moment depends on acting out a fight or flight reaction. Fleeing and hiding in the toilet crying will most likely get them fired, so what they do instead is throw the rule book at the customer. This is when you typically hear ‘That is the rule, sir’ or ‘That is just the way we do it here’.

When people are allowed to be human, to make mistakes sometimes, to abandon the script and to be empowered to be creative about problem solving, you are more likely to have angry customers diffused during that first interaction. If, on the other hand, you script robotic, fake-sounding apologies that are rambled off even before the customer has completely exploded, you will get escalations.

The state in which you leave an angry customer could be the following:
1. They remain annoyed and stubborn and escalate the complaint until they get someone who listens or they get tired and abandon your brand.
2. They are still unhappy but they understand better. They know you heard them. They understand that you cannot always solve all problems. They may even admit being at fault.
3. They care more about you because they actually see the brand as human and caring.

It is essential for front-line staff to know you will get people who will never be happy but that they are in the minority.

When given a sincere apology and a human connection, most customers are just unable to remain furious.

And you know what, it feels great to know you created a fan for your brand today.

I have seen people grow and advance in their careers and achieve personal growth by mastering the art of apologising.

I can just say, it works at home too!