Raul Valdes-Perez, Ph.D.
OnlyBoth
Raul Valdes-Perez co-founded OnlyBoth in March 2014 and is CEO. He co-founded Vivisimo in 2000, a search software company that provided enterprise products and web-based consumer services, serving as its CEO for nine years and as Chairman for twelve until its acquisition in 2012 by IBM. At Vivisimo he was named a 2007 Ernst & Young Entrepreneur of the Year for the North Central Region and a top ten reader favorite for Entrepreneur of the Year by Inc. magazine. Earlier, he was on the Carnegie Mellon computer science faculty. 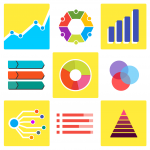 Raul Valdes-Perez - April 24, 2017
A customer benchmarking engine is an emerging technology which uses an artificial intelligence approach to automate the reasoning that underlies data-driven benchmarking. Its benefits are discussed here, there, and elsewhere. Briefly, it uncovers comparative insights on customers which empower customer-focused employees to be more... 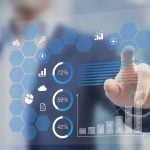 Raul Valdes-Perez - March 5, 2017
There are a variety of markets in which vendors offer benchmarking to their customers, in order to help those customers understand how they’re doing and where they could improve. For example, in workforce management, ADP, APQC, SAP SuccessFactors, ServiceNow, Workday, and other vendors offer...