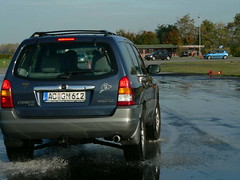 It’s the elephant in the room when consumers become disenchanted with a company’s brand. Your products and services provide your customers with the choice to use your company, but your brand defines whether the customer will choose you over your competition. Companies that have consistent positive brand images have measured, tested, and evaluated their target audiences to help identify what areas need immediate attention, and hence have employed new methods to manage any negative perceptions.

Let’s begin with the classic example of Toyota. Here’s a company that used to have a strong brand perception; one publication described it as a “cult-like status.” That was until Toyota recalled more than eight million vehicles for sudden acceleration problems. What brought the elephant into the room were the many complaints that this problem had been going on for years, and Toyota had failed to seriously acknowledge the problem. Then came the recalls and the governmental investigations. Toyota profusely apologized to U.S. lawmakers and promised new procedures to fix and address the problems. On the positive note, car makers have become more vigilant. “I think Toyota did a good job, and its stock price shows the market shares the same view,” stated Kazutaka Oshima, president of Rakuten Investment in Tokyo in February of this year.

The widespread criticism brought considerable damage to Toyota’s brand reputation. The company’s quality reputation dropped from 6th in 2009 to 21st in 2010. That has been the lowest rank for Japanese car makers in 24 years.

Another example goes back to the 1982 deaths of seven Chicago residents after ingesting Extra Strength Tylenol. McNeil Consumer Products manufactured the capsules, and its parent company Johnson and Johnson immediately informed the public that it would investigate to find out if the poisonous capsules were contaminated in their own manufacturing plants. Initial autopsy reports confirmed that the capsules had contained deadly cyanide. Although the case remains unsolved, Johnson and Johnson developed the triple-seal tamper resistant package to restore consumer confidence. According to Stephen Fink’s book entitled Crisis Management, the company regained 98 percent of its market share it had before the Tylenol deaths.

So what do these examples teach us? Companies need to fix the problem, fire suppliers, establish new procedures, hire new personnel, and communicate to the world that this will never happen again. There has to be a coherent approach that the company with the tarnished brand is going to think out of the box and go the extra mile to overcome the negative brand perception.In the case of Tylenol, Johnson and Johnson redesigned the packaging. In the case of Toyota, new designs for safety have resulted.

Of course these are extreme examples, but it does show that brand expectation connects with emotions, and emotions are not always rational. If a product fails, use feedback to improve it. Acknowledge it, confront it, and overcome the problem. When the negative feedback threatens your brand, give it immediate attention.

From a Good to a Great Website: 9 Ways to Engage More Successfully

Top 11 reasons to Have a Taxi Dispatch Software for Your Taxi Business?

Where’s The Silver Lining in This Recession?