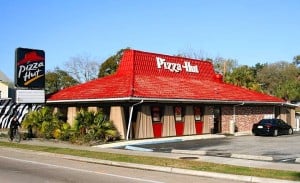 Once a brand so iconic that it actually defined the entire notion of “pizza” for many of us who grew up during the 1960s and ’70s, Pizza Hut has now fallen flatter than a thin crust with today’s 21st century consumers. For eight consecutive quarters, the company has seen declining same store sales.

In an effort to reverse that downward trend, Pizza Hut recently announced a rebrand with much of its attention seemingly focused on a new logo (the company’s fourth in just the past 15 years), new advertising (featuring heavy use of the color black) and new menu offerings (including 10 crust flavors and health-conscious “Skinny Slices”).

We’re not convinced, however, that those tactics are the way to solve Pizza Hut’s lack of growth.

In his Forbes column about the Pizza Hut refresh, Adam Hartung noted that, “very few business leaders recognize a Growth Stall as a market-based problem.” He’s right, and we couldn’t agree more strongly with Mr. Hartung’s viewpoint that the market has moved away from Pizza Hut. Clearly, Millennials have.

And when the market moves away from your brand, what you must do in order to bring it back is radically change your thinking, innovate, hack and reinvent. If you don’t, you risk being “Blockbustered” into oblivion.

When it comes to a rebrand, we would argue that many marketing leaders fail to recognize that brand is not an advertising problem. Rather, brand is all about an experience. Just look at Marriott, another brand in the middle of market flux thanks to the industry upstarts such as AirBnB. However, instead of simply launching a rebrand, Marriott is instead innovating.

Through CoCreation and innovation labs, it is redesigning its hotels to offer the experiences and kinds of rooms that Millennials actually want (e.g., small room, big bed, bigger TV and a standalone shower). 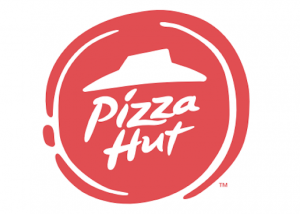 To put it bluntly, any company today that sees its brand as nothing more than a marketing function will not be able to survive. Brand is bigger than any ad campaign. And to suggest that unveiling a new logo or simply trotting out a new series of ads – including, perhaps, a possible Super Bowl spot – is the answer to Pizza Hut’s woes is like still taking advertising advice from Mad Men’s Duck Phillips.

Who, come to think of it, may have very much enjoyed Pizza Hut himself – during the 1960s.