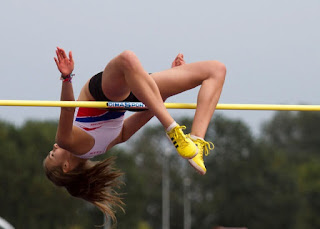 We’re now well into the prediction season, and it’s easy to find articles, blog posts, and webinars that include forecasts of what will happen in marketing during the coming year. I tend to avoid making prognostications, but I feel confident in saying that content marketing will become more challenging in 2016.

During the past few months, several developments have suggested that storm clouds are building on the content marketing horizon. Last fall, the 2016 content marketing survey by the Content Marketing Institute and MarketingProfs revealed that only 30% of respondents rated their content marketing efforts as effective, down from 38% in the 2015 edition of the survey. The drop of eight percentage points is significant because the perception of effectiveness had been fairly steady for several years – 42% in 2014, 36% in 2013, and 40% in 2012.

The July 2015 version of Gartner’s Hype Cycle for Digital Marketing showed content marketing on the decline – having passed the “peak of inflated expectations” and beginning the slide toward the “trough of disillusionment.” In his column for the December 2015 issue of Chief Content Officer magazine, CMI founder Joe Pulizzi agreed with Gartner’s assessment and wrote, “Now is when we will witness the greatest content marketing failures of all time.

In early 2015, research by TrackMaven found that during 2013 and 2014, the volume of content produced per brand increased by 78%, but the engagement produced by the content decreased by 60%. More recently, an analysis by BuzzSumo revealed that social shares of content have plummeted, even for highly-respected content sites.

Successful content marketing has become more difficult to achieve for three reasons. First, as more and more companies have implemented content marketing programs, the volume of content available to potential buyers has increased exponentially, and so has the competition for buyer attention. Mark Schaefer saw this coming a couple of years ago and discussed it in his provocative blog post about “content shock.”

Second, over the past few years, we have developed a substantial body of knowledge about how to do content marketing effectively. Overall, this has been a positive development, but it also has a downside. Many marketers have incorporated these “best practices” into their content marketing strategies, and therefore many content marketing programs tend to look alike, making them less effective for competitive differentiation.

Finally, while there is strong evidence that a lot of ineffective content is still being produced, there’s also a growing volume of good to very good content available in the marketplace. This has allowed customers and prospects to become more selective about the content they will spend their valuable time consuming. Therefore, it’s more challenging to produce content that will consistently win mindshare and create meaningful engagement.

There’s no doubt that building an effective content marketing program is becoming more difficult, and there’s no silver bullet solution that will make the challenges magically disappear. There are, however, several ways to improve your odds of success, and I’ll discuss some of these tactics in future posts.