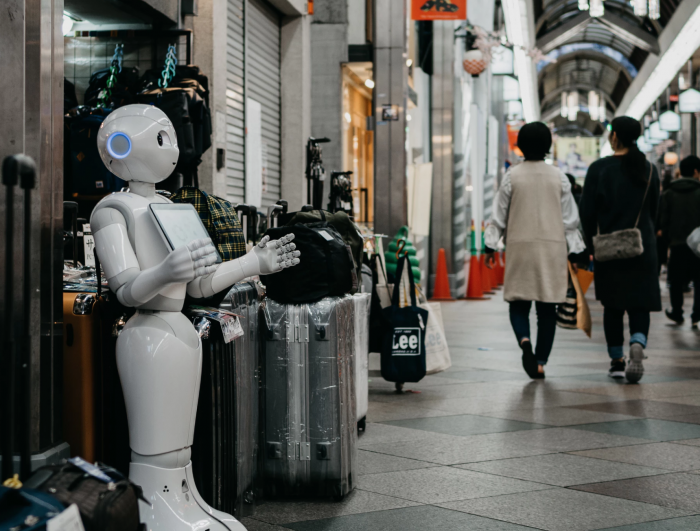 Companies across the globe are under increasing pressure to deliver products that offer more for less. Artificial Intelligence is a major factor in the evolution of this thought process. This has given rise to a common perception that AI could soon replace humans for a variety of tasks. An interesting journey has just begun. It’s important to find whether all jobs are going the AI route; and the overall impact that AI will have on mankind.

The ability of machines to imitate the human mind is slowly but surely invading workplaces. Today machines are enabling intelligent conversations; financial firms are extensively using machines for predictive analysis and sales; healthcare institutes are using artificial intelligence for diagnosing, and even developing treatment pathways for diabetes or cancer. Artificial Intelligence has arrived and is here to stay. Most are now wondering if AI will replace humans and take away their jobs.

It should be borne in mind that, there are certain limitations to a machine – it is neither a human, nor a clone, but just a very clever software which can do basic functions and is good at repetitive tasks. There is a long way to go for AI to completely replace the complexity of human interactions! Even if one envisages a leap for AI, it should be noted that machines have comprehension issues with typographical errors. Would then, any hospital dare to take any chance even if their AI tool is as accurate as a human?

They would rather have both humans and machines working together. Even for the insurance platform, in order to take care of nuances such as a lower interest rate or deferred payment plan, a human will have to be around. Though all agree to the future needs to keep pace with technology, human intervention cannot be avoided altogether.

As companies lean towards automation to improve productivity; comparing technology with the loss in employment has always been debated over the years. Artificial Intelligence may be artificial, but it’s still not intelligent yet! In performing such tasks where humans do not add value, the machine is likely to be the most valuable asset to enable in improving productivity, cut costs and enhance the thinking power of humans.

If one thinks the advancement of AI will kill jobs, they need to think again. AI will not just take over jobs; it will, in fact, create new ones. It may well end up being a question of reskilling, rather than losing one’s job. Take the example of a German automaker in India who has a team of over fifteen thousand, in which a thousand are engaged in making cars, while the rest are in coding. According to the research firm – Gartner, artificial intelligence may actually create more jobs than eliminate. But at the same time, one needs to note that the number of jobs that will get affected may vary from industry to industry.

If the public sector, healthcare, and education are expected to gain; the manufacturing and transportation could be hit the maximum. There is all possibility of new jobs being created at all levels that include highly-skilled, management positions and even entry-level and low-skilled jobs.

Increased involvement of AI will actually help create new jobs, rather than take away existing ones. The watchword is not to keep sitting still but continue to evolve, else there are all chances of jobs getting wiped out by AI. The good thing that’s coming one’s way, which should be most welcome, is that the repetitive tasks which one calls as jobs will go away. Now, humans can think of doing things that they are actually meant to do, and that is to learn and do higher work! If one is irreplaceable as an employee, no amount of AI can take their job role. However, no job is safe from AI if the human element is not consistently working to improve themselves for that role.

In a world increasingly powered by “artificial minds”, and the future unfolding itself; it is now up to humans to make sure that they stay relevant. If one ensures to update their skills and abilities making them indispensable, they can be reasonably assured – they stand as much chance of employment as any other better option that an employer has. Artificial intelligence has been a popular topic of debate across industries worldwide.

Selected industries in a few countries are entering an era where those who do not embrace automation will be left behind. That does not mean that the entire jobs in that industry will be wiped out, but should rather be construed that a new definition of work will be created.

It needs to be well understood that tasks and jobs are two different things altogether, and are not synonymous with each other. Jobs are made up of various tasks. The automation of repetitive tasks will enable employees to spend their time at work more efficiently. Machines will complete tedious tasks and free up time for humans enabling them to do more challenging and creative human-centric tasks. So, if one fears that by embracing automation, businesses will be cutting jobs, then they are totally wrong. Certainly, with automation, one will not lose their jobs or livelihood, but rather their jobs will become easier.

Automation in the form of AI is at our doorsteps and very much ready to be implemented across businesses. This is bound to provide a wealth of opportunities for businesses to increase their productivity and effectiveness, and along the way create an entirely new set of jobs as technologies advance. But at the same time, it now also becomes the responsibility of the senior leaders across industries to inspire a culture that enables and enhances newer technologies to be embraced and utilized in the best manner possible.

As anxiety grows, people are starting to believe that up-to-half of jobs would be lost due to automation in the next five years. That’s a much-exaggerated belief and very much on the higher side. Those who believed so actually think that it is not going to happen to them, but someone else! Further, they also don’t think they’ll be working for an AI boss!

Throughout human history, whenever there has been a technology revolution to make jobs simpler and it has raised eyebrows and made one worry. Every time there has been a new introduction of new ‘Tech,’ it was accompanied by the worry of certain jobs being replaced. We have seen cars replace horse wagons, we have seen televisions replace street side theatres, and we have also seen electronics medium replace print media. None of these innovations created any job depressions.

Similar is the case with Artificial Intelligence. In general, AI is here to serve humanity as a technology. And any technology serves a single purpose – it helps us do tasks efficiently and effectively. Innovations have always helped one to improve at innovating. It’s time to whole-heartedly embrace AI rather than being negative about it or casting any doubts of job losses!