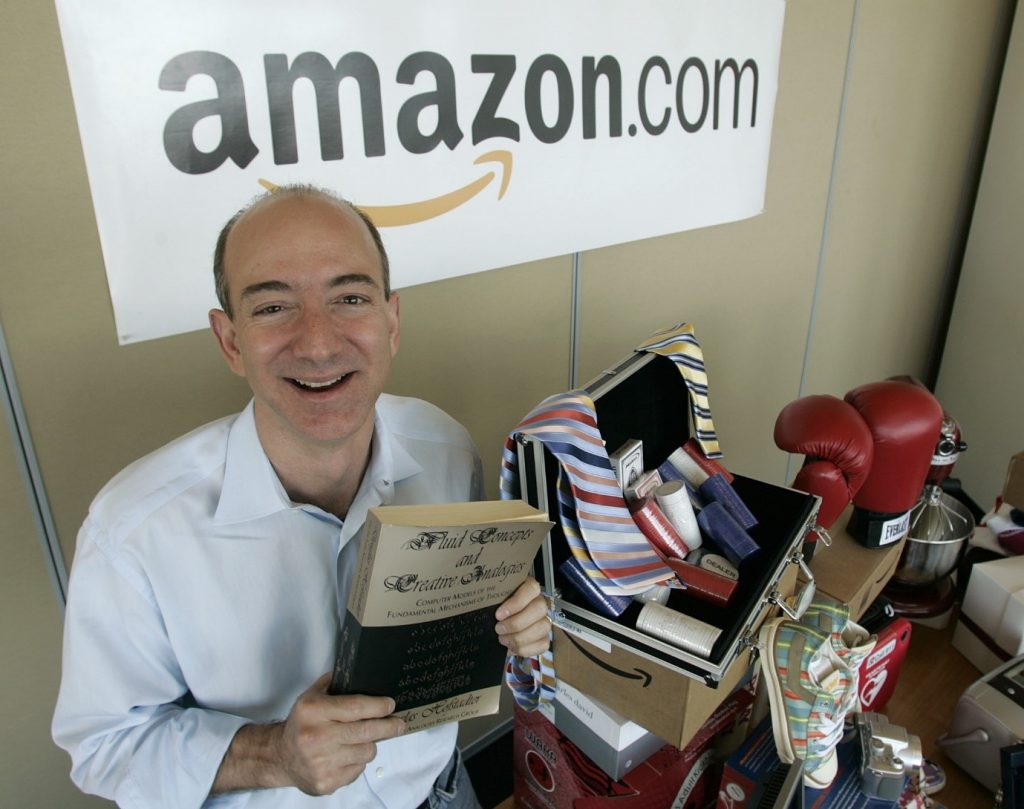 I have never had the pleasure of meeting Jeff Bezos – founder of online retailing sensation, Amazon. I say pleasure, because if I am to ever cross his path in person, I will almost certainly give him a hug. I do not mean for that to sound strange or even creepy – I would give him a hug to say thank you – thank you on behalf of customers all around the world for putting us truly at the heart of everything his organisation does.

In my opinion, Jeff Bezos has done as much as any business leader on the planet to bring to life the true meaning of the terms ‘Customer Centricity’ and ‘Customer Experience’. In 2014, I wrote an article comparing the UK retailer Tesco and Jeff Bezos’s Amazon – both organisations had just announced financial performance updates that were equally challenging (for very different reasons), just ahead of the critical Christmas trading period. Whilst Tesco’s report focused on numbers, Jeff Bezos said the following:

“As we get ready for this upcoming holiday season, we are focused on making the customer experience easier and more stress-free than ever.”

These were not hollow words – Jeff Bezos meant every syllable. This man; this business leader; has turned a new online book seller at the turn of the millennium into a retail empire that the world would find difficult to exist without. This remarkable achievement has been enabled through Jeff Bezos’s un-waning desire to do what is right for the customer.

Interestingly, when you dig down into more detail, you realise that a lot of Amazons success is down to it being led by a real person. Reading a current article about him in ‘Newsweek’, Kara Swisher, a journalist and co-founder of Recode, said that Jeff Bezos is:

“…kind of on this kick to be a better person”


Apparently, Jeff Bezos laughs a lot – in fact, I did not know that his laugh is almost legendary in business – he is a leader who understands how important humour is in all walks of life – even if it means laughing at yourself. Whilst humour is important in any effective leader, so is courage – and that Jeff Bezos has in spades.

Many people will not know that he originally intended to call the company ‘Relentless’ – it was a word chosen to describe how he wanted the company to operate. As the Newsweek article describes, Relentless could also be defined as ‘Ruthless’ – you do not become a successful company by just being ‘nice’.

Earlier this year, I wrote another article about the ‘bones’ required by all customer centric leaders – you will need to read the article to find out what they are, but I can confirm that Mr Bezos possesses all of them.

Reading the Newsweek article led me to think the following: what would the world of business really be like if all companies were run by Jeff Bezos…. Or someone like him? To a degree, if Amazon carry on the way they are, it may not be too far-fetched to think that at some point they may well actually run every company in the world!!

What Jeff Bezos has mastered is the art of defining and delivering an EXPERIENCE to customers – not products or services – but an experience. Amazon’s businesses are able to do the same things as anyone else…. Just better; quicker; more consistently; cheaper. By designing the experience they WANT their customers to have and obsessing about delivering it, they have differentiated themselves through the entire Amazon experience in a world where most of what they actually sell is not unique.

Sadly, the likelihood of all companies being run by a Jeff Bezos is as likely as me becoming CEO of Amazon – whilst the significance of Customer Experience and Customer Centricity is increasing on a daily basis, the sheer volume of organisations who are led by people who have very different priorities is tremendous. Building what Jeff Bezos has done is not easy – but also not impossible. However, the fact that so few, if any, have been able to emulate his remarkable achievements suggests that he is quite rightly a legend in his own time.

So what can you do as a customer centric leader to emulate the great Jeff Bezos? Here are some thoughts for you:

1) Make it clear what you want to achieve – do you want to sell stuff, or do you want to ‘relentlessly’ give customers what they want as well as the things they did not even realise they needed?

2) Recognise that the best way to differentiate your business in the future is to do so through the entire end to end Customer Experience – not just the products and services you sell.

3) Continuously evolve what you do to make the Customer Experience ever better – never rest on your laurels and do not be afraid to try something new – even if it does not work.

4) Have the courage to be different – to do something that no-one else has done – to laugh and have fun – even if you are having to make fun of yourself.

5) Be ‘relentless’ in pursuit of your goals – never give up!

I have no doubt that Amazon led by Jeff Bezos will continue to play an ever increasing role in our daily lives – one things is for certain – he and they will never stop trying to consistently meet and exceed their customers expectations.