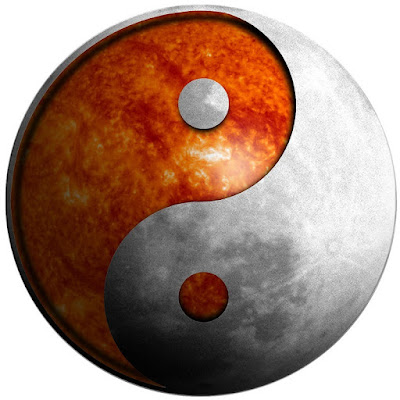 Marketing success in 2023 and beyond will depend on marketers' ability to leverage the capabilities of technology and data science and to effectively apply the principles of behavioral science that describe how people make decisions. These two distinct, but complementary, abilities now constitute the yin and yang of high-performance marketing.

Yin and yang are the terms used in Chinese philosophy to describe a pair of forces or attributes that appear to be opposites, but in fact are complementary and interdependent. The basic idea is that both yin and yang are necessary to create wholeness.

Management thought leaders have applied the yin-yang concept to a variety of situations where business leaders need to pursue objectives that, at first glance, seem to be contradictory.

For example, should business leaders try to develop game-changing business strategies, or should they strive for operational excellence? Should they focus on maximizing short-term profits, or invest in capabilities that promise to create long-term value? In both cases, the greatest success can be achieved by refusing to choose between the alternatives and instead pursue both objectives simultaneously.

In their 1994 best-seller, Built to Last, Jim Collins and Jerry Porras argued that the most successful companies refuse to be constrained by the "Tyranny of the OR" and instead embrace the "Genius of the AND." Instead of choosing between A or B, these companies find a way to have both A and B.

The yin-yang concept can also be applied to several issues in marketing. For example, a yin-yang approach would have B2B marketers focus on building a strong brand and on running effective demand generation marketing programs. On both customer retention and new customer acquisition.

Today, the most compelling case for yin-yang in marketing is the need for marketers to be adept at using the capabilities of technology and data science and to excel at applying the principles of behavioral science that relate to human decision making.

The Yin - Technology and Data Science

It's been crystal clear for several years that marketing and technology have become deeply entwined and that the role of technology in marketing has been growing at an exponential rate.

Data science has also become an integral aspect of marketing at many companies. In the September 2022 edition of The CMO Survey, respondents reported spending 8.9% (mean) of their marketing budget on analytics, a decade-long  all-time high. And respondents predicted that spending on marketing analytics will grow by 63% in three years.

The growing use of artificial intelligence will only deepen the connection between marketing and technology/data science. In surveys conducted last year by McKinsey, 50% of the respondents said their organizations have adopted AI in at least one business function, up from 20% in 2017. And of the ten most commonly adopted AI use cases identified by survey respondents, three were marketing and sales use cases.

There's no doubt that technology and data science have greatly enhanced the practice of marketing. In fact, some marketing thought leaders envision a not-too-distant future where computer algorithms direct many aspects of marketing without human intervention.

But it's important for marketers to remember that technology and data science alone aren't sufficient to consistently produce superior marketing results. To achieve consistent success, marketers must also leverage the psychological aspects of human decision making. Technology and data science are the yin of high-performance marketing, but the yang is grounded in the principles of behavioral science.

For decades, economists assumed that humans make economic and business decisions rationally. According to standard economic theory, they weigh the economic costs and benefits of their decisions, and they usually act to maximize their economic self interest.

It's now clear that human decision making is actually a mix of rational and non-rational components. The recognition of this fact began to emerge in the 1950's when behavioral scientists started challenging the concept of human rationality. In the late 1970's, psychologists Daniel Kahneman (who later won the Nobel Prize for economics) and Amos Tversky published several scientific papers that contradicted the rational view of human nature.

The work of Kahneman and Tversky pioneered a new behavioral science discipline that later came to be called behavioral economics. In 2008, two books - Predictably Irrational by Dan Ariely and Nudge by Richard Thaler and Cass Sunstein - raised popular awareness of behavioral economics and put it on the radar screens of business and marketing leaders.

In reality, marketers have been using principles of behavioral economics for years, albeit largely unwittingly. A 2010 article in McKinsey Quarterly put it this way:  "Long before behavioral economics had a name, marketers were using it. 'Three for the price of two' offers and extended-payment layaway plans became widespread because they worked - not because marketers had run scientific studies . . ."

The key point here is that the influence of psychological factors on buying decisions is now widely recognized, so principles of the behavioral sciences play a vital role in effective marketing. Behavioral science principles are also a necessary component of high-performance marketing because, for all of the power and sophistication of technology and data science, they have some important "blind spots."

One significant limitation is that technology and data science rely almost exclusively on behavioral data - the digital footprints we leave behind as we use digital devices and channels to consume and exchange information.

The issue with behavioral data is they they tell us what someone has done (and often when and where he or she did it), but they don't tell us why someone took a particular action or behaved in a particular way. In most cases, behavioral data reveal little about customer attitudes and motivations, and these factors exert a huge influence on buying decisions.

Technology/data science and behavioral science are the essential yin and yang of high-performance marketing, and leveraging both will be critical to marketing success in 2023 and beyond. Therefore, I'll be devoting several posts this year to specific aspects of these important topics.