When I was a teenager…

The gadget to be seen with was a Walkman.

The Walkman was so popular it even lead to social scientists coining the phrase “The Walkman Effect”:

Personal experience management which allows for greater confidence and control in space and time but promotes narcissism, detachment, and rude behaviour.  – Apparently

But I didn’t give a stuff about that.  I just wanted one.

And it wasn’t just me.  The Walkman sold more than 200 million units.

But technology moved on

Only a masochist would listen to their music on tapes now.  Technology changes were bread and butter to Sony.  They pushed through wave after wave of advances:

Sony love technology.  They have released more than 300 different models across all the different formats.

Then the iPod arrived

And whooped Sony’s ass…  Because Sony got greedy.

As well as making gadgets Sony also record music.  They own a host of record labels: RCA, Epic, Colombia, Arista, to name a few.

When the it became easy to download tracks onto an MP3 player directly Sony saw a way to sell more music.  They only allowed Walkman customers to download music from Sony’s own catalogue.  A less than brilliant cross selling strategy.

Apple however launched iTunes from which you can download (just about) anything.

The message in this little history lesson?

Sony learnt from their mistake, today you can download the Sony Music catalogue via iTunes.  After all, there is little point in biting your nose off to spite your face — is there? 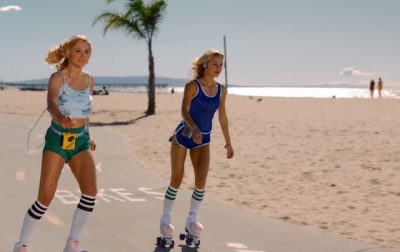