During the 1990’s and early 2000’s the UK government relied heavily on target setting as a way to manage the public sector.  We had:

No doubt we had targets for the target setters as well.  UK PLC was run by setting targets and expecting the managers to hit them.

Here is a very interesting paper that answers that very question.  Unfortunately it is the sort of paper that takes 30 minutes, your full concentration and a strong cup of coffee to read.  If you don’t have those let me give you a taste…

There were 3 clear effects from all this target setting:

The ratchet effect happens as target setters progressively make the target harder and harder to hit, gradually ratcheting up performance year on year.

The problem with ratcheting up the target is that if you make 101% of the target one year you will be asked for 105% the next, so nobody in his right mind would knock the target over and hit 150%, after all what chance would you stand the following year?

You might think this is cynical, so let me ask you…  Did you make sure your spent all of your budget last December just so it wasn’t taken away from you this year?

Yes?  I did, and that is what causes the ratchet effect.

The threshold effect happens when the target creates a step in performance.

Instead of a spread of results performance clusters around the target.  Those who are below the target strive to hit it (by about 101%) where as those who are performing far above the target take their foot off the gas and coast down to it.  Why invest your resources in something you won’t get thanked for?

Once agin you can challenge me with cynicism so let me ask another question…  If you were a teacher with a target to get your children through an exam where would you focus your efforts?

Which did you chose?  Targets create thresholds in performance.

The last effect of target setting is to distort the output, a politically correct way of saying to cheat — to make the numbers by fair means or foul.

Of course you or I would never cheat, we are fine upstanding members of society.

Let me give you a couple of examples of how fine upstanding members of the medical profession behaved when faced with targets:

So targets have effects, just not the ones you would expect

Still not convinced?  Then let me leave you with a final thought…

How would you behave if your children’s welfare depended on hitting a target?

Let me ask again, did the targets work?

Don’t ask me, I am horribly biased, you will have to read the report and draw your own conclusions. 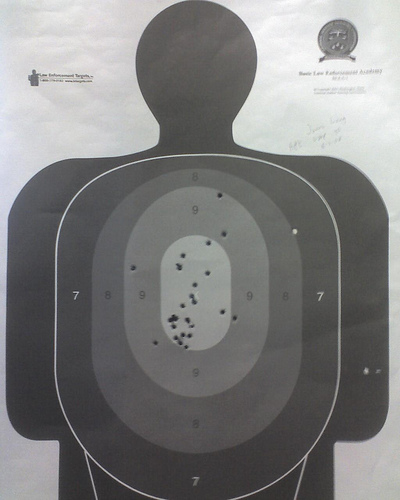