A couple of years ago I had a workplace nightmare.  I was pushing a big initiative and I needed it to be a success.  I had my boss’s boss on my back and the project was going belly up.  It was all very unpleasant.

There were a few rays of light.  A couple of data points which, if you squinted, really hard, suggested that the project was working.

A man called Pete worked with me at the time.  Pete was a great analyst, he could cut up your data a thousand ways and show you a whole host of things that you had never even considered before. If there was a ray of light in there Pete was the man to find it.

Eventually Pete took me aside and said.  “James, you have to face it, we have spent all this money and it isn’t working”.

I knew he was right.

I had to go and fess up.  I don’t like to admit it when I get things wrong.

It isn’t just me

In 1907 the U.K. Government established “The Court of Criminal Appeal” to investigate miscarriages of justice.  Setting the court up was not an easy task.  According to a paper by Carole McCartney…

There are various reports from the period that reveal that the judiciary did not object to their decisions being reviewed in relation to sentences or questions of law, but that they were clearly very hostile to an appeal system based on errors of fact. Official reports generated from various enquiries into alleged wrongful convictions between 1844 and 1906 show that judges were reluctant to accept that innocent people were convicted.

This attitude of denial contributed to the delay in setting up the court.

Or, to put it bluntly, the judges didn’t like admitting they are wrong either.  And they would have rather not had somebody else pointing it out.

Taking the sting out of failure

We all hate being seen to be wrong.  So we plough on regardless, even when we know it isn’t the right thing to do.  Imagine how much time, money and effort gets wasted because our egos won’t let us admit our failures.

It isn’t the same everywhere.  Some organisations offer a socially acceptable escape route.  A way of letting people admit that things have gone wrong without fear of punishment or recrimination.

Does your organisation take the sting out of failure?  Or are people so scared of the consequences that they plough on regardless?

When I am wrong, I change my mind. What do you do, Sir? ~ John Maynard Keynes 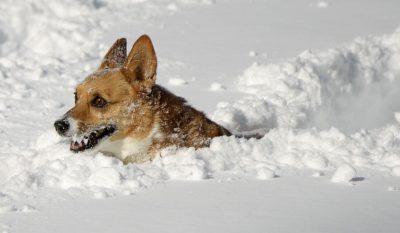 Why Building Customer Loyalty Starts from the Top

How To Manage Projects In The New Remote Work Landscape

10 Smart Ways to Cater to Your Local Customers