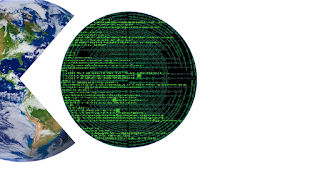 This August will see the tenth anniversary of Marc Andreessen’s famous claim that software is eating the world. He may have been right at the time but things have now changed: the world is biting back.

I’m not referring to COVID-19, although it’s fitting that it took an all-too-physical virus to prove that a digital bubble of alternate facts could not permanently displace reality. Nor am I juxtaposing the SolarWinds hack with the unexpectedly secure U.S. election, which showed a simple paper trail succeed while the world’s most elite computer security experts failed.

Rather, I’m looking at the most interesting frontiers of tech innovation: self-driving vehicles, green energy, and biosciences top my list. What they have in common is interaction with the physical world. By contrast, recent years haven’t seen radical change in software development. There have certainly been improvements in software, but they’re more about architectures (cloud, micro-services) and self-service interfaces than fundamentally new applications. And while most physical-world innovations are powered by software, the importance of those innovations is that they are changing physical experiences, not that they are replacing them with software-based virtual equivalents.

Even the most important software development of all – artificial intelligence – measures much of its progress by its ability to handle physical-world tasks such as image recognition, autonomous vehicle navigation, and recognizing human emotion. Let’s face it: it’s one thing for a computer to beat you at Go, but quite another for it to beat your dance moves.  Really, what special talent is left for humans to claim as their own?

The shift is well under way in the world of marketing. One of the more surprising developments of the pandemic year was the boom in digital out-of-home advertising, which includes outdoor billboards and indoor signage. The growth seemed odd, given how much time people were forced to spend at home. But the industry marched ahead, spurred in good part by increased ability to track devices as they move through the physical world. It’s a safe bet that out-of-home ads will grow even faster once people can move about more freely.

Indeed, the industries hit hardest by the pandemic – travel and events – also show that virtual experiences are not enough. Whatever their complaints before the pandemic, almost everyone who formerly traveled for business or attended business events is now eager to return to seeing people and places in person. The amount of travel will surely be reduced but it’s now clear that some physical interaction is irreplaceable.

In a similarly ironic way, the pandemic-driven boost to ecommerce has been accompanied by a parallel lesson in the importance of physical delivery. Almost overnight, fulfillment has gone from a boring cost center to a realm of intensive competition, innovation, and even a bit of heroism. Software plays a critical role but it’s a supporting actor in a drama where the excitement is in the streets.

Still closer to home for marketers, we’ve seen a new appreciation for the importance of customer experience, specifically extending past advertising to include product, delivery, service and support. If the obsession of the past decade has been targeted advertising, the obsession of the next decade will be superior service. This ties into other trends that were already under way, including the importance of trust (earned by delivering on promises through fulfillment, not making promises in advertising) and the shift from prospecting with third party data to supporting customers with first party data. Even at the cutting edge, advertising innovation has now shifted to augmented reality, which integrates real-world experiences with advertising, and away from virtual reality, which replaces the real world entirely.

This shift has substantial implications for martech.

- The endless proliferation of martech tools may well continue, especially if the definition of “tools” stretches to include self-built applications. But the importance of tools that only interact with other software will diminish. What will grow will be tools that interact with the real world, and it’s likely those tools will be harder to find and (at least initially) take more skills to use. It’s the difference between building a flight simulator game and an actual aircraft. The stakes are higher when real-world objects are involved and there’s an irreducible level of complexity needed to make things work right.

- As with all technology shifts, the leaders in the old world – the big software companies and audience aggregators like Facebook and Google – won’t necessarily lead in the new world. Reawakened anti-trust enforcement comes at exactly the worst moment for big tech companies needing to pivot. So we can expect more change in the industry landscape than we’ve seen in the past decade.

- New skills will be needed, both to manage martech and to do the marketing itself. The new martech skills will involve learning about new technologies and tighter integration with non-marketing systems, although fundamentals of system selection and management will be largely the same. The marketing skill shift may be more profound, as marketers must master entirely new modes of interaction. But, again, the marketer’s fundamental tasks – to understand customer motivations and build programs that satisfy them – will remain what they always were.

It’s been said that people overestimate short-term change and underestimate long-term change.  The shift from software to physical innovation won’t happen overnight and will never be total. But the pendulum has reversed direction and the world is now starting to eat software. Keep an eye out for that future.