I’ll be giving a speech in Milwaukee next week on marketing automation myths, and early in the preparation process had the idea of illustrating it with mythical creatures from the films of Ray Harryhausen, the stop-action animation genius whose best known images are probably the skeleton warriors in Jason and the Argonauts (1963). 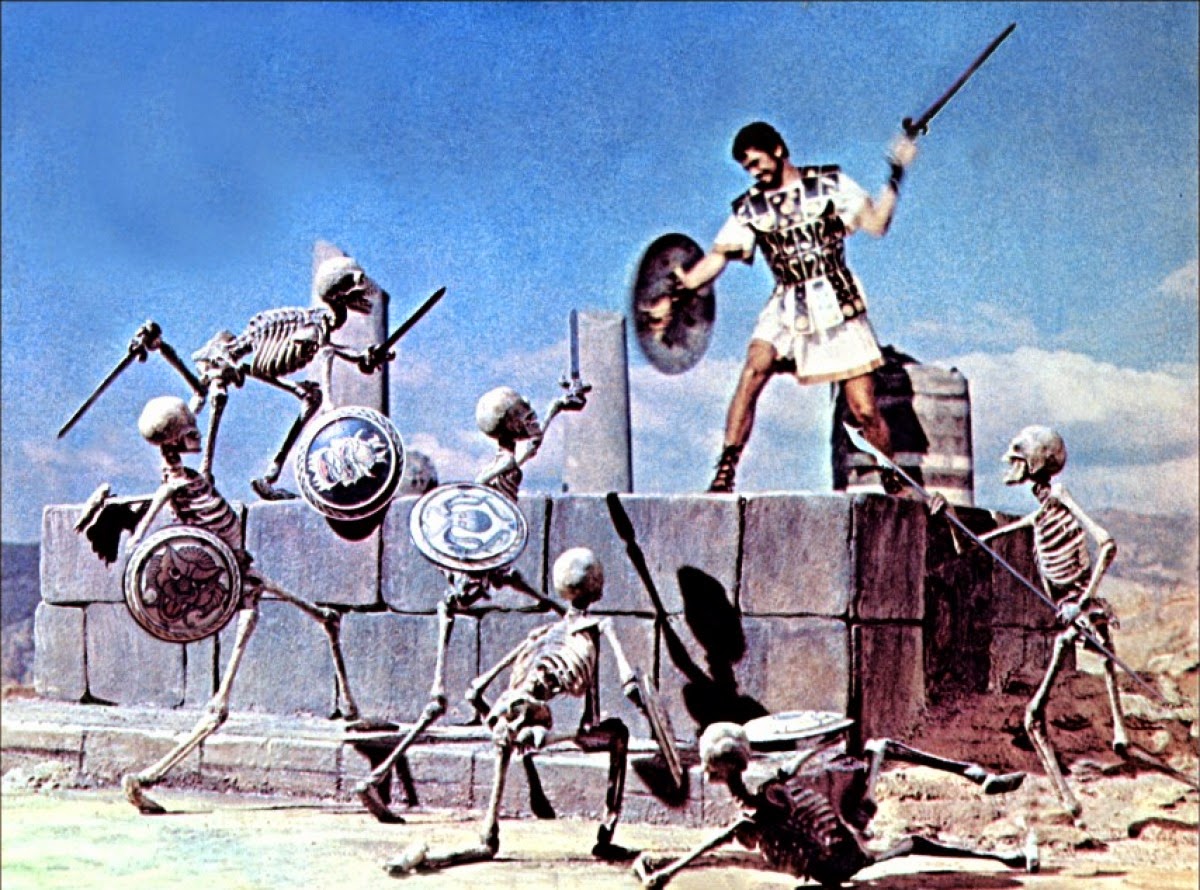 This led to many pleasant hours scrolling through galleries of Harryhausen images. I even found an illustration that vaguely matched the theme of each myth.

But there’s a problem. Every bit of presentation-giving advice, training, and experience I’ve ever had tells me that these illustrations will distract attention from my points rather than reinforcing them. The responsible adult inside of me knows I have to get rid of them while the fun-loving child says they're just so cool.  This blog post is my compromise: I’ll publish them here, which will make dropping them from the actual presentation much less painful. **sigh**

So, the illustrated version of my talk goes like this: 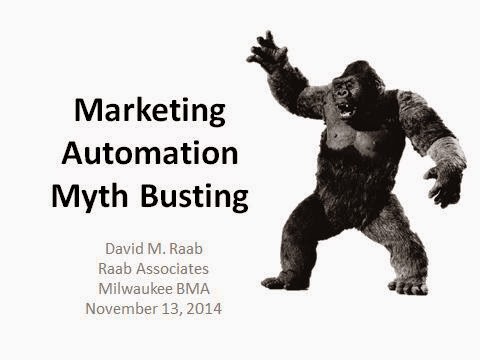 The title page features the star of Mighty Joe Young, Harryhausen’s 1949 tribute to King Kong. I could tell you he’s about to smash some myths, but who are we kidding? It’s just a great image. 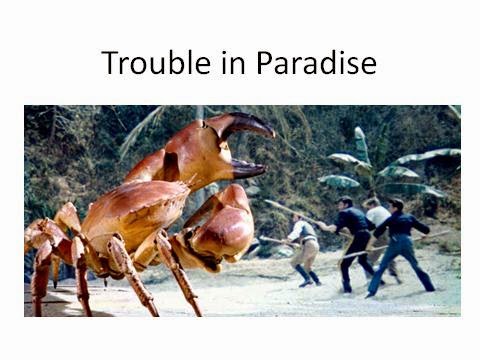 The introductory concept is Trouble in Paradise: marketing automation is growing quickly but users are dissatisfied. Maybe that’s not as bad as being attacked by a giant crab, but it’s still problematic. Image from Mysterious Island (1961). 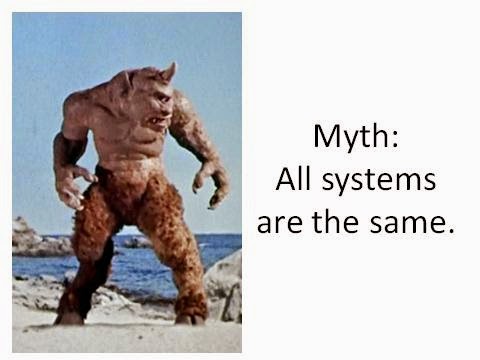 The first myth is that all systems are the same. It’s an easy mistake to make because they look and sound alike during the buying process. But in fact they differ greatly. They myth is harmful because it leads buyers to think it doesn’t matter which system they purchase, and therefore that they can buy without first defining their requirements. In fact, our research shows that unsatisfied marketers often have purchased a system that didn’t meet their needs. Conversely, the most satisfied users did select based on specific features. The image here is Cyclops from The Seventh Voyage of Sinbad (1958). He has vision problems; it’s hard to see the differences between marketing automation systems. Get it? 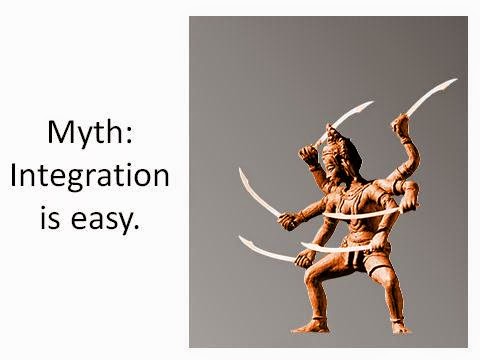 The next myth is that integration is easy. This echoes the first: all marketing automation products integrate with CRM, so people assume they don’t have to look into the details. But products differ hugely in which systems they connect with, what data they import and export, and how much control uses have over the details. Integration is the single most commonly cited obstacle to success and is linked to the most dissatisfied users. So people really need to ensure that the system they’re buying meets their integration needs. Kali from The Golden Voyage of Sinbad (1974) coordinates fighting with six arms, so she is the goddess of successful integration. 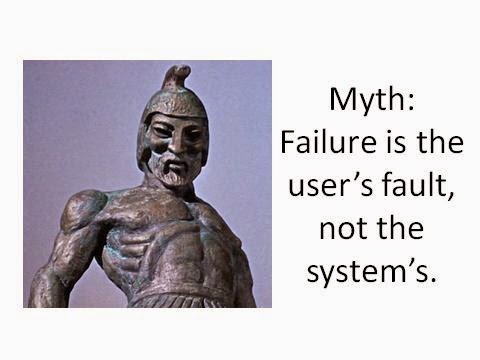 The third myth follows from the first two: if all systems are the same, then failure must be fault of the user. But, as we’ve seen, systems aren’t the same and many failures result from a system that doesn’t meet the user’s needs. Other research shows that users generally overcome obstacles they can control, like organization, training, and staffing levels. Of course, system selection is itself done by users, so they do have some responsibility for any problems. Talos, an animated statue from Jason and the Argonauts, ultimately fails to protect the tomb he is built to guard, so he represents a system that doesn’t work. 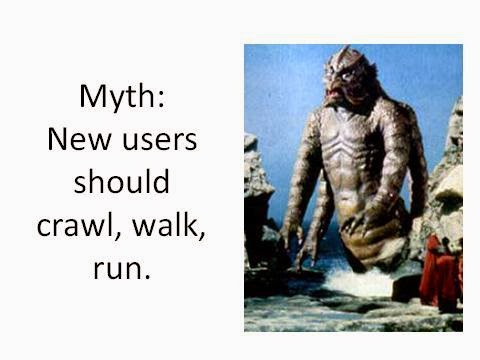 Many experts – myself included – have suggested that new marketing automation users can safely start without planning by just duplicating their existing programs like email blasts, and then add more sophisticated uses over time.  But our research found that marketers who used more features from the start were happier. My interpretation is that successful marketers took the time to plan and train before deployment, while marketers who didn’t prepare in advance never found the time to learn what they needed. It’s possible to overstate this position – even successful users will add some new features over time. But the point about preparation is important. Kraken, from Clash of the Titans (1981), is a sea monster with no legs, so he never had an option to move beyond crawling. 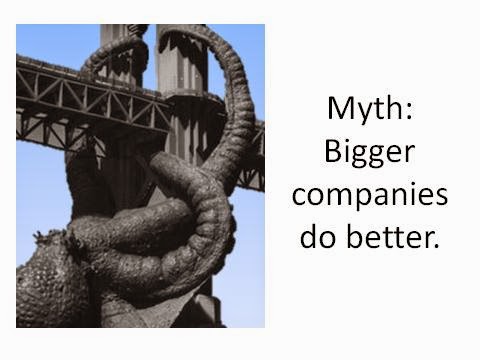 You might expect that bigger companies would do a better job with marketing automation because they have larger and more sophisticated staffs. They do in fact select more wisely, paying more attention to features and integration than marketers from smaller companies, and less to cost and apparent ease of learning. But they also face more non-technical obstacles such as training, staffing, and organizational barriers. So their over-all satisfaction level is no higher than smaller firms. I chose the giant octopus from It Came from Beneath the Sea (1955) because it’s big – no deeper meaning is intended. 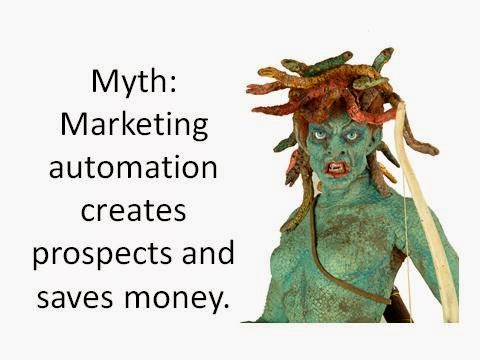 Marketers who expect to generate more prospects with less effort from marketing automation are usually disappointed. Marketing automation is basically about nurturing existing leads, not finding new ones, and most companies add staff and budget. Medusa, from Clash of the Titans, is the boss you don’t want to give bad news about system results: her dirty look will turn you to stone. 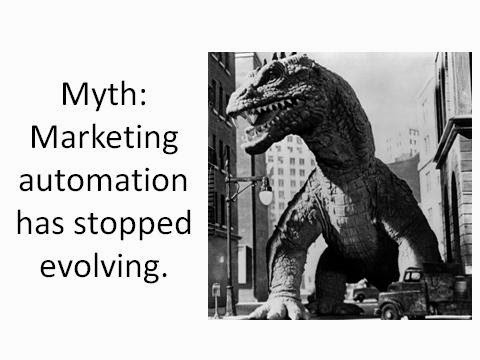 Finally, we face the myth that marketing automation is a mature industry. In truth, there is plenty of change: new vendors entering the space, existing vendors being bought and repositioning themselves, and expanding scope to include consumer marketing, display ads, external data, better databases, identity resolution across channels, mobile apps and formats, advanced attribution, social promotions and new types of content.  The Beast from 20,000 Fathoms (1953) is a dinosaur who hasn’t evolved one bit. 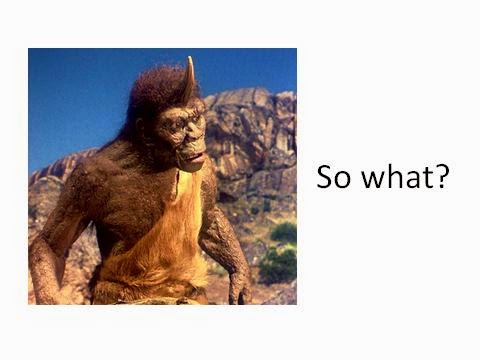 That’s the end of the myths, but we need to leave on a positive note.  So I end the presentation with some sound, if predictable, advice to prepare carefully, define and select against actual requirements, test integration in advance, deploy quickly, and expect the unexpected. The puzzled look on Troglodyte’s face, from Sinbad and the Eye of the Tiger (1977), represents the confusion marketers feel when wondering what to do next.. 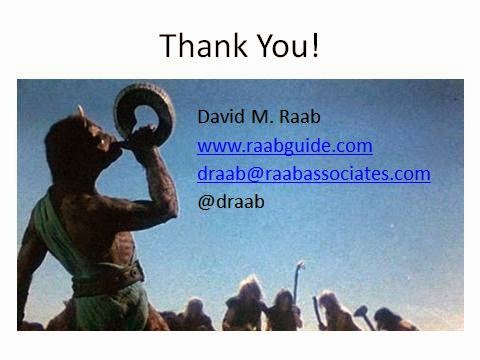 Speaking of art that's amusing if irrelevant, here's a link to a Twilight Zone-themed introduction to a football recruiting show produced by my son Brian.  The apple doesn't fall far from the tree.