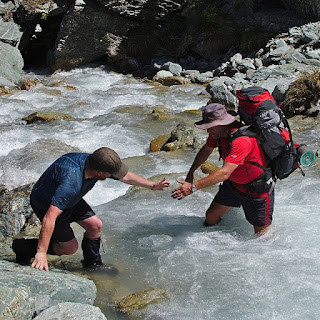 Sales enablement has been one of the hottest topics in B2B marketing and sales for the past few years. Last year, CSO Insights launched a new research study devoted specifically to sales enablement, and last month, the firm published the results of the 2016 edition of its study.

The 2016 CSO Insights Sales Enablement Optimization Study provides valuable insights regarding how companies are implementing sales enablement and how well it is working. The 2016 study is based on input from 400 survey respondents, a majority of which (58.9%) are based in North America. Most of the respondents were affiliated with small and mid-size companies. Nearly three-fourths (73.6%) were with companies having $250 million or less in annual revenue, and 42.5% were with companies having less than $10 million in annual revenue.

Here is a quick summary of three of the major findings of the 2016 sales enablement study.

Sales Enablement is Still a Work in Progress

Sales Enablement is a Multi-Faceted Function

Most companies that have implemented sales enablement treat it as a  multi-faceted business function that encompasses a diverse set of services. CSO Insights asked its survey participants what services for salespeople were part of their sales enablement function, and the table below shows how they responded. 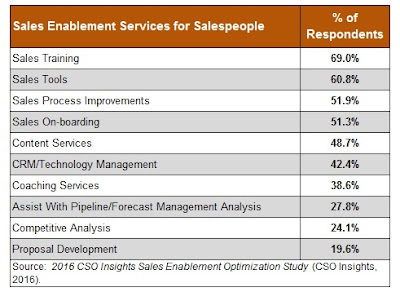 The CSO Insights study contains far more insights than I can discuss in a blog post. I encourage you to take the time to review the full study.