In 2019, people around the world downloaded 204 billion mobile apps. In July 2020, 121.8 thousand mobile apps got released on Google Play alone.

In this ever-expanding world of mobile apps, React Native has been the buzzword for some years now. In 2019 and 2020, React Native app development dominated the cross-platform mobile framework usage at 42%.

So, why all this hype about content syn? That’s what we explain in this post. Insights gained through our experience supplemented with robust research inform what we say.

Mobile app development has to be done for two competing, complex universes: Android and iOS. This categorization makes it a complex and tedious job to develop cross-platform apps.

The programming language for Android apps is Java while iOS apps use Swift. There is a difference in the integrated development environment (IDE) also. Google’s Eclipse Tool, followed by Google’s Studio is what engineers have been using for Android apps.

Android Studio, a free development tool from Google, is full of possibilities. Despite its simple packaging, it offers an incredible range of functionality. Engineers swear by its debugging capacity as well.

JetBrains has been working on making this tool applicable to iOS devices and simulations also.
XCode is the tool that developers working on iOS apps would use. When it comes to developing apps for Apple-backed devices like the Mac, iPad, and iPhone, XCode has enviable efficiency. XCode has the potential to identify errors in logic and syntax, and fix the code also.

The design philosophies of Android and iOS apps are also significantly different.
These variations make it a complicated and time-consuming process to develop apps that will work across Android and iOS systems. Very often, it was almost impossible to achieve the same feel of the nativity on both platforms.

The Advent Of React Native

Developed by Facebook developers, React Native became available to the public in 2015. The app development scenario underwent a radical transformation with the arrival of this framework.

Based on React, it is a framework that engineers can use for hybrid app development. React Native apps feel equally native on both Android and iOs systems.

Just to ensure that we are on the same page, React is an open-source user interface builder from Facebook’s JavaScript library. React targets the web while React Native focuses on mobiles.
React Native also has the potential of supporting platforms other than Android and iOS that might emerge in the future.

The Advantages Of React Native As A Mobile App Development Framework

Mobile app development methods that combine JavaScript, HTML, and CSS to develop cross-platform apps typically use web views. React Native is different from them as it uses the actual APIs of the host platform.

The significant advantages of React Native app development stem from this critical distinction. 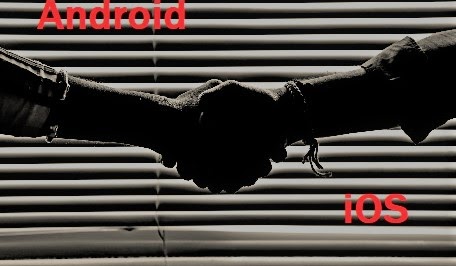 This tagline for React Native is a literal description of this app developing framework. Anyone skilled in JavaScript and React can use React Native to develop hybrid mobile apps. The beauty is that Real Native apps feel native across both platforms.

The problem with pre-existing frameworks for hybrid app development is that they cannot usually access the native UIs of the host platform. Aping those UIs compromises the authenticity of that native look, feel, and performance.

React Native, on the other hand, can translate your markup to authentic UI elements on the host platform. That is why the performance, feel, and look of Real Native apps is more genuinely native across platforms.

React Native is surprisingly simple to work with. Developers enjoy the experience of working with its well-equipped toolset. A developer comfortable with Safari or Chrome’s tools can use them for developing mobile apps on React Native. The transition from website to mobile apps is seamless.

This framework allows developers to use whichever text editor they are comfortable with for editing JavaScript. There is no compulsion to use the XCode for iOS and Android Studio for Android apps.

It is almost as easy as hitting Command+R for refreshing a webpage.

React Native has an intelligent and meaningful error reporting function that developers simply love. Its debugging tools are efficient enough to make that much easier to debug across code bases.

The ease with which developers can work with React Native for hybrid app development makes it an enviably cost-effective framework. It reduces the resource intensity of app development by simplifying the complex process of cross-platform apps.

Anyone with the knowledge of JavaScript and React can use React Native for hybrid app development. That eliminates the need for specialists for Android/iOs/web.

Also, the ease with which developers can work with this framework means much less time is necessary for developing apps that work across platforms. It reduces costs that way also.

The high-performance cross-functionality of this framework makes codes reusable across platforms. That’s a great saver of time and other resources. It also facilitates developers with different specializations to share their expertise and learn from each other.

It is worthwhile to note in this context that not all the codes developed on React Native are hybrid. For specific functionalities, it may be necessary to use Java or Objective-C. That, however, happens rarely.
Codesharing on React Native is stunning. Facebook Ads Manager, for instance, is an Android app. But 87% of its codebase is reusable for iOS. The flashcard application on React Native has the unbeatable quality of 100% code sharing across Android and iOS.

React Native enables developers to segregate the Framework Code, the JavaScript Code, the Native Code, and the styling. That makes it possible for developers to deliver personalized UX while the app on the server side remains the same.

React Native is highly supportive of third-party plug-ins. That simplifies the integration of different web-view functions. Link the processes with a wide range of app options, and bingo!

10. The Best Thing Ever for Startups

For anyone starting in the app development field, React Native app development is an absolute blessing. It needs fewer resources, saves time, and facilitates code and knowledge sharing.
Add to that the efficient debugging and error messaging features. All of these together result in an app development framework that performs well in a scenario of budget constraints.
Startups can’t possibly ask for more!

To Be on the Fair Side

Nothing is ever flawless in the finite world of humans. Hybrid app development on React Native has some downsides also.

It’s a young framework that’s still evolving. Its best practices are still at the discovery stage. Whether it’s the best-fit for depends on the developer team and its expertise.

On the whole, however, its advantages outweigh its risks. An experienced and expert developer team will know whether it’s the best framework for the kind of apps your business needs.