With around 2.8 million and 2.2 million apps in Google Play and Apple’s app store respectively, the use of mobile apps is on an all-time high. The number of global mobile app downloads is forecasted to reach a whopping 258.2 billion by the year 2022. It was 205.4 billion in 2018. 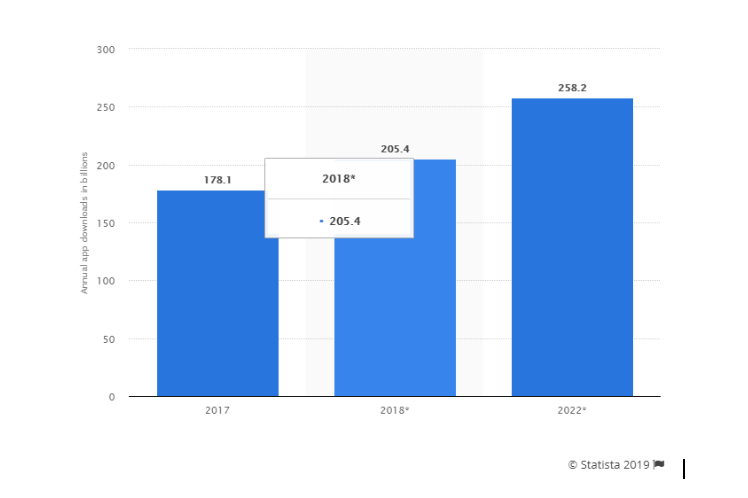 Therefore, it is imperative for you as a marketer to develop a high-end app for your business. It would not only help you be successful in the long run of business but, would also give you a competitive edge over the competitors. Moreover, with the global app revenue already touching the sky and reaching a staggering figure of 188.9 billion U.S dollars by 2020, you have even more reasons to invest in a world class app. 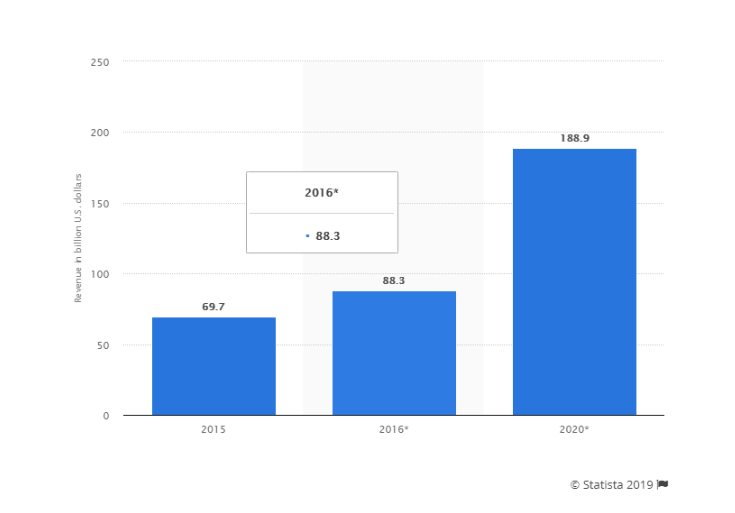 Created by Facebook in the year 2015, React native works as an open source framework while allowing developers to code in JavaScript for both the platforms. To put it in other words, React assists in developing a user interface for single page application development while allowing the data to change without reloading. Hence, it wouldn’t be wrong to say that React native has come as a much-needed respite for the developers and marketers both. So, if you want to jump in the app bandwagon, React native is all you need to get the best of the app at a reasonable cost.

Now, let’s take an in-depth look into its various properties that make it the best choice for app development.

React native is all about developing a perfect and fully optimized app. It doesn’t only make an app which is compatible through a plethora of devices but, also displays the data faster while fixing issues of data streaming fluctuation. Besides, React native apps are very lightweight, thereby, giving it the ability to support high definition contents and graphics across every platform.

Since cross-platform apps work towards influencing the internal programming of mobile devices, it helps a great deal in seamless synchronization and integration with all the other compatible apps and internal devices such as the camera, GPS etc.

3. Easy maintenance of the app

React native has a lot of flexibility when it comes to maintaining apps. Unlike native apps which require regular updates for support, cross-platform apps like React native cam seamlessly avoid this versioning and this makes the app maintenance more accessible and more straightforward.

Another great feature of React native apps is its ability to work offline. It does so by storing the API of a mobile device. This helps in saving the data even while the mobile is offline and therefore results in the faster working of the app even in delicate network situations.

Since React native is a cross-platform app, it is available on both the platforms Google Play and Apple Store and can work seamlessly with all the operating system. This, in turn, facilitates easy scalability while expanding the customer reach and market base of a business. Moreover, the codes of React native is reusable. So, scaling and developing it becomes a simple work.

So, you see, how it can help you develop an app that’s everything you need to scale your business with. However, for leveraging the benefits of React native, it is imperative to find a developer who knows everything about this platform. Therefore, the next big question is how can a developer ace the skills of using React Native as a pro? Here’s everything to help you do the needful. Take a look.

From its properties to the skills a developer needs to handle React native, you know it all now. Wouldn’t it be great if you get to know about its cost reduction ability too and how it does that? Look below and find all your answers.

With React native, you can transfer the whole code or a part of it amidst different mobile platforms. For instance, if you have developed a code for Android, you can easily compile it within an iOS application through a small frame. (Click to tweet) This, in turn, considerably reduces the development time of the app along with facilitating its cost reduction.

As mentioned in a point above, React native consists of fundamental parts that’s reusable. It’s a great help in making straight as well as native applications by taking into account a smooth and agile methodology.

Based on hot module replacement (HMR), hot reloading is a feature that lets the developer make a quick change in the source code without having to recompile the whole app. Further, it shortens the development time by making the app reload by default with a single code change. As a result, with such speeded up development time, the cost of app development indeed scales down.

Since it works as a cross-platform app with the feature of being used by both Google Play and Apple store, the app can be developed by a single developer itself. To put it in other words, it wouldn’t only save you a lot of money on cost front but would also help in easy management of the team.

A thorough look at the properties mentioned above and features of React native certainly proves that it is a go-to platform for any app development. In short, by putting all the points above together, the conclusion can quickly be drawn about the React native’s fast development time, optimum utilization of human resources and the smooth management of the project. From saving your time and money to giving you an excellent performing and visually appealing app, React native is all you need to accelerate your business growth like never before.