Today’s interview is with Alex Edmans, a Professor of Finance at London Business School who focuses on responsible business. He has just published a new book called: Grow the Pie: How Great Companies Deliver Both Purpose and Profit and joins me today to talk about the book, how it came about, what we can learn from it and why it matters.

This interview follows on from my recent interview – Innovative brands are using direct mail to improve customer engagement – Interview with Dan Frohnen of Sendoso – and is number 350 in the series of interviews with authors and business leaders that are doing great things, providing valuable insights, helping businesses innovate and delivering great service and experience to both their customers and their employees.

Here’s the highlights of my chat with Alex: 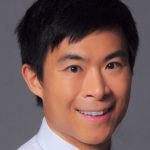 Alex Edmans is Professor of Finance at London Business School and Academic Director of the Centre for Corporate Governance. Alex graduated from Oxford University and then worked for Morgan Stanley in investment banking (London) and fixed income sales and trading (New York). After a PhD in Finance from MIT Sloan as a Fulbright Scholar, he joined Wharton in 2007 and was tenured in 2013 shortly before moving to LBS.

Alex’s research interests are in corporate finance (corporate governance, executive compensation, investment/growth/innovation, and M&A), behavioural finance, and responsible business. His research has been covered by the Wall Street Journal, Financial Times, New York Times, The Economist, and The Times, and he has been interviewed by Bloomberg, BBC, CNBC, CNN, ESPN, Fox, ITV, NPR, Reuters, Sky News, and Sky Sports. Alex has spoken at the World Economic Forum in Davos, testified in the UK Parliament, presented to the World Bank Board of Directors as part of the Distinguished Speaker Series, and given the TED talk What to Trust in a Post-Truth World and the TEDx talk The Social Responsibility of Business with a combined 2 million views. He has written op-eds for the Wall Street Journal and Financial Times, writes regularly for Harvard Business Review, Huffington Post, World Economic Forum, and CityAM, and runs a blog, Access to Finance, that aims to make complex finance topics accessible to a general audience.

Alex serves on the Steering Group of The Purposeful Company, a UK consortium of leaders in responsible business, on Royal London Asset Management’s Responsible Investment Advisory Committee, and as an Advisor to Research Affiliates. The UK government appointed him (jointly with PwC) to conduct a study on the effect of share buybacks on executive pay and investment. Alex also serves as Mercers’ School Memorial Professor of Business at Gresham College, giving free lectures to the public. His 2019/20 lecture series is on Business Skills for the 21st Century and his 2018/19 series was on How Business Can Better Serve Society. His book, Grow the Pie: How Great Companies Deliver Both Purpose and Profit, was published in March 2020 and headed the list of the Financial Times Business Books of the Month.

At Wharton, Alex won 14 teaching awards in six years. At LBS, he won Best Teacher awards for both the MBA and Masters in Financial Analysis programmes and the Excellence in Teaching award for best professor across all programmes. He has been named to Poets and Quants Best 40 Professors Under 40 and Thinkers50 Radar.

Find out more about Alex at his London Business School page or via his personal website. Grab a copy of the book here, feel free to say Hi to Alex on Twitter at @aedmans and connect with him on LinkedIn here.