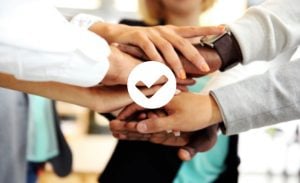 These are the basic purposes for each when going into it, but what should you expect coming out of it?

All you should expect from an advisory boards are points of view. In fact, going into it with any expectations other than this is something we actively discourage for the simple reason that expectation informs behaviour.

Let’s say you put an advisory board together and the expectation is to come to an agreement on the efficacy of a new treatment. Well, what if someone on your board doesn’t feel that it can be effective? He or she may be less inclined to speak their mind because it doesn’t gel with the expectation they were presented with at the outset. Now, not only are they betraying their own professional ethics, but you’re not getting all the opinions you (a) need and (b) are paying for.

Here’s another example to think about:

You put an advisory board together with an expectation of giving your global company the go-ahead to invest millions of dollars into a new study to take your medication in a new direction. Note how the expectation is worded: “giving the global team the go-ahead”. Again, it puts an undue level of pressure on the board members to satisfy the expectation. And because the board member is fully aware of who’s paying them for their time, they may feel it’s in their best interests to tell them what they want to hear.

But it’s not in their best interests, or in the best interests of science, the company’s shareholders, or the patients who are ultimately the ones to be most affected by the board’s findings.

To avoid this kind of misunderstanding between advisory board members and the companies funding the boards, the expectations should be written in such a way as to remove any expectation other than opinions:

Sure, they’re a bit longer, but they’re clear. And they’ll give your members the freedom to take their opinions in any direction they see fit ⎯ not in the directions you see fit.

This is the polar opposite. The expectations set out for a working group should be clear, tight and unmistakable. Here are three examples. You’ll see the dates go from exact to approximate, which is okay depending on the size and scope of the project.

–We expect to have a final signed consensus document by March 31st. March.
–We expect to roll out the new Educational Program by September 1st.
–We expect to publish our findings in the June edition of the magazine.

Think your expectations aren’t what they should be for your next advisory board or working group? You’re not alone. Most companies make this kind of mistake, and their groups wind up being less effective than they could be. Impetus can help you clarify your expectation. You can even reinforce it by putting it at the top of your members’ Impetus InSite Platform™ login area so it’s always top of mind when they log in to contribute.