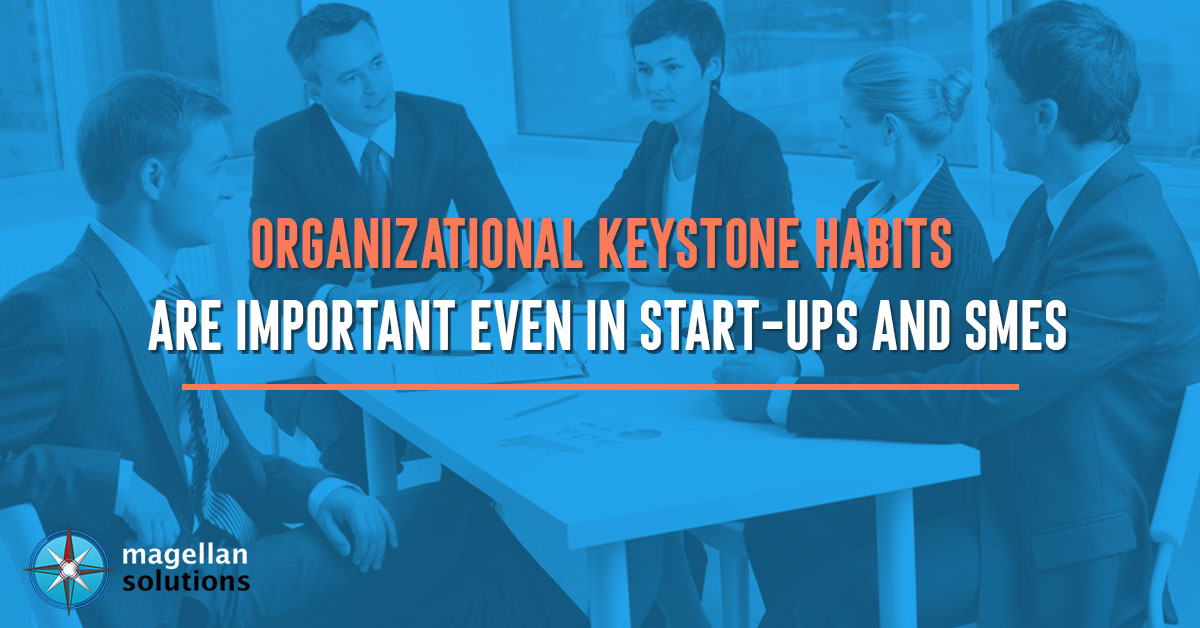 If a software has a program that allows it to do its function, people definitely have it as well. This program — which influences even our tiniest action that we are not fully aware of — are called habits.

But habits are not only present to each individual. Even organizations have it, too. Known as organizational keystone habits, it affects how employees act and think towards their work.

Organizational keystone habits are not only applicable to huge multinational corporations. Even startups and SMEs should also create good habits that would guide their organization — both in times of victories and during moments of distress. Once a business takes the practice of having good employee engagement, it will trickle down to the overall culture of the whole organization. It will have a positive effect not just on the employees themselves but also to the entirety of the business.

Building habits in the business industry

Charles Duhigg, the American journalist who wrote the well-acclaimed book ‘The Power of Habit’, stated that “the biggest opportunity for a company to grow and improve overall is by implementing or re-adjusting habits.”

When it comes to creating or adjusting habits, SMEs and startups are in an advantageous position. Unlike companies that operate in the market for more than a decade or century, it is easier to change habits which they believe affects their operation in a negative way. In some way, creating organizational keystone habits is also a challenge. Because they are relatively new in the market — or in doing business — there’s a chance that they are still wondering what would work for them. Nonetheless, they should still start building good habits. It is a process, anyway, that requires continuous experimentation. Once they find what works for their organization, and turn it into a culture, it will help them in maintaining the stability of their business and in nurturing their greatest asset — their employees.

If a habit is so important, then how can you create it?

In his book, Duhigg outlined a basic framework. It starts with a cue, then a routine, and finally with a reward. If startups and SMEs do this pattern regularly, it becomes a habit.

Finding the cue, or the element that triggers the action is the best way to start. It gives you the awareness that when you feel a certain emotion or see a particular place, you’ll end up doing your habit. For example, an email notification can signal an employee to abandon the report that he is dreading to make. Each time a new notification pops out (cue), he will open it (routine) to get an excuse of not doing his task (reward). For the employee, there is nothing wrong about it because he can still finish the report, anyway. But for the company, it is a bad habit because if every employee does that, the overall productivity level can significantly decrease.

By determining the cue and influencing their routine by giving better rewards, they can change an employee’s habit.

Keystone habits as the foundation of a company

For SMEs and startups, implementing even simple habits like having meetings before the start of the week will make their employees more productive. During the meetings, they should encourage employees to share ideas and creativity to further develop their confidence. That would be the cue, the reward would be their ideas will be used in work — may it be in a form of output, product, or services.

Another example is making an adjustment to the attendance. In call centers, for instance, complete attendance is highly valued. For employees to become more eager in going to work, they can implement a reward system for perfect attendance. Employees will not only go to work every day but they would go early and be prepared early for their daily tasks.

As these small habits become keystone habits, it will take a domino effect on the whole company. As this happens, they can create a strong culture can bring the organization to higher grounds.

For startups, it could become their brand strategy. They can show to their clients and customers these keystone habits and make them think that it will just take them further to success. By building habits from the very beginning, organizations will have a great culture when they hit it big.