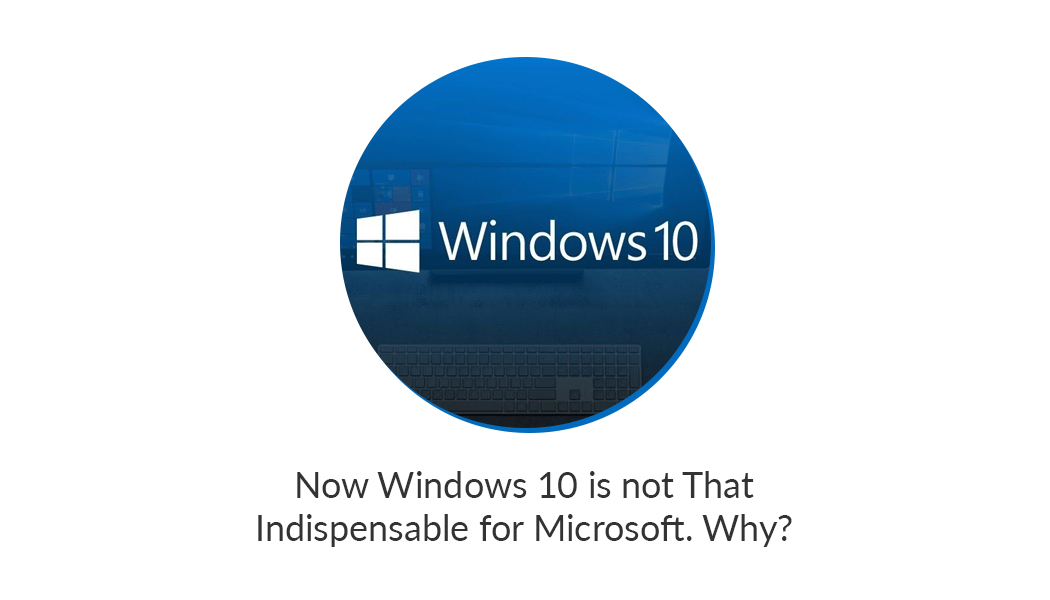 Software updates are intended to put things in order if there are bugs found and to improve on the functionalities and performance of the software. For the Windows 10 update KB4512941, which tries to fix out problems witnessed from the May update v1903, Microsoft seems to be creating more problems than it is solving. It appears that new problems are cropping up in Windows 10 for each problem the software titan solves.

Because of the mess KB4512941 update for Windows 10 has created, Microsoft is working on how to handle the pain of the broken-down updates. The tech giant could soon be bringing up an update that is aimed at rolling back the broken features caused on the Windows 10 update KB4512941. If you need Microsoft web development teams, you can work with trusted developers who have the experience. They will help you with troubles you have with Windows updates on your computer and other issues relating to Microsoft products use and applications.

So, what makes Windows 10 to be less vital for Microsoft and why?

Microsoft’s KB4512941 update on Windows 10 want rolled out to make various improvements to the OS. The September 2019 Windows update came after the May update and it was trying to address some of the issues that have been reported since the May update. The main focus of KB4512941 update was on Mixed Reality, which had received several bug fixes. The update also was meant to increase Mixed Reality compatibility with Win 32 apps along with other improvements.

However, the same KB4512941 update has also resulted in more issues with the already contentious Cortana app. The voice assistant feature now hogs a big percent of the CPU when it’s running in background mode.

As you wait for Microsoft to fix the issue, there is a way you can deal with that problem at the moment. You need to go to your computer’s registry to fix the trouble.

When you set that value to 0, you should be able to eliminate that issue.

While Microsoft has been requesting users to upgrade to the Windows 10 update v1903, there are still inherent problems that users are likely to come across. The cumulative update that was released on July 26 led to some serious issues for users who use internal PC speakers. Many of the users have reported that their Bluetooth speakers were emitting poor sound quality or were not connecting to their PC. When a user tries connecting a Bluetooth speaker, they would hear the sound continue coming, not from the Bluetooth speakers themselves but from the internal speakers of the PC.

Okay, right now there doesn’t seem to be any proper fix to this problem. Users might have to wait until roll back of the updates is done by Microsoft. However, there is a way to work around the issue.

Go to command prompt and enter this command: sfc /scannow

The May 2019 v1903 update was a major one, it changed Windows Search, and Updated the Start Menu while adding a Light Theme and changing Microsoft Edge into a browser that is based on Chromium. With the goodies the update brought in, it also resulted in some issues.

Many users reported that some older devices including old Intel Drivers have developed problems. The users said that the drivers wouldn’t install while having this kind of message,

“The inbox storage driver iastora.sys doesn’t work on these systems and causes stability problems on Windows.”

For users who have not moved to May 2019 V1903 update on Windows 10, it is likely that they have troubles of black screen bug. This bug results from a small security upgrade that was part of the June 2019 Windows cumulative update. In a support document, the software titan has revealed that users who are still operating Windows 10 version 1803 and 1809 are likely to encounter the problem of black screen when they try applying the KB4503327 update on security features.

Users who experience this problem are advised to work around it in the following way while Microsoft Windows developer team tries to fix it.

How to Avoid or Fix Broken Windows 10 Updates

If you want to fix or avoid the problems that are being witnessed in Windows 10 due to the updates recently made in May and September, you need to do a number of things.

Check the build of your Windows 10. Before you look into rolling back to fix broken Windows 10 updates, it is important you check the build of the Windows program that you are currently running. When you know the build, you are likely to know the problems affecting you. To check the build, you go to Settings then to Update & Security and then View Update History. You will see a new window that appears. Now click the arrow that is found next to Features Updates. This will allow you to see the Windows version you are running. Go click Quality Updates so that you are able to view the KB updates that you installed.

Another way to address the issue is to block and defer updates on Windows 10. You can avoid or fix the problem of Windows 10 updates by taking control of the updates when Windows 10 is updating. This way, you will be able to hold off receiving updates when Microsoft rolls them out. Consider doing the update yourself manually and not the moment Microsoft releases them. This way, you can wait to see if there are bugs being reported to determine if you upgrade or not.

If you are running Windows 10 Enterprise, Pro, Education, and S, it is possible for you to defer or block updates. Just go to Settings then to Update & Security then to Windows Update. Where there, click this option ‘Choose when updates are installed’ then enter the number of days you would like to have the updates delayed by.

You can also disable and schedule Windows updates on your Pro or Home versions.

When Microsoft has released updates on Windows 10, it gives users a window or period of 10 days to roll back to the prior or previous version. The ten-day period is enough to allow you sample out the new version and see if there are problems with the update.

To roll back the updates, you need to go to Settings and click Update & Security, then go to Recovery. When here, go to Reset this PC and you will see an option that says, ‘go back to previous version of Windows 10’.

Follow the steps as prompted, you will be able to roll back Windows 10.

These are some of the issues that make the Windows 10 indispensable even for Microsoft. The software giant has to find a solution to the increasing update-after-update bugs. An upgrade though intended to fix issues with a program, it can also be frustrating if it introduces other bugs and problems. Knowing how to deal with the problems whenever they arise puts you in a position to be able to go about your duties and tasks without much headache. Sometimes, you don’t have to upgrade immediately an update is available, you can wait for a few days to see what’s new with the new version. Microsoft web development services can help you when you have issues with updates on your website or Microsoft program.