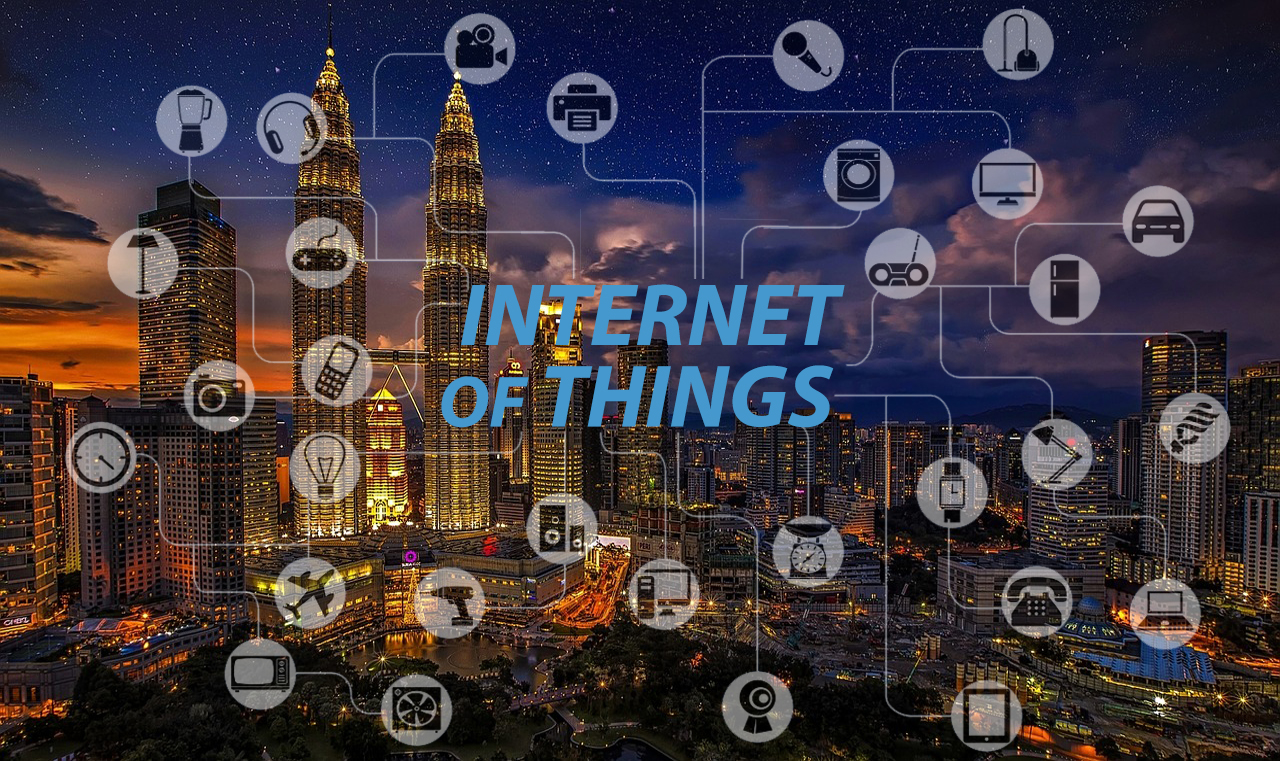 Let us get it, straight Folks! Internet of Things or IoT, as it is known fondly, is not a buzz word anymore. With the constant evolution in technology, it has consolidated itself in becoming a huge power in transforming businesses worldwide in the modern era. According to a study by Gartner, the number of connected things that will be used by the year 2020 will reach a mark of 25 billion and the total spending on the services will cost $263 billion.

Corporations all over the world are making efforts in leveraging IoT and transforming the enterprises into thoroughly connected enterprises and cities into smart cities. You can find IoT everywhere right from hairbrushes to scales. Moreover, the impact is so comprehensive that even the consumer and industrial devices are having chips inserted in them to collect the data and communicate it well. IoT has been often touted as the technology that will bring in the fourth industrial revolution around the world.

The undisputed growth of Internet of Things has been a fine mixture of political, social and technological factors. IoT is touching every facet of our lives be it the connected cars or the connected home or even the connected organizations and enterprises. Experts also predict that by the year 2020, more than half of the new businesses will run on IoT.

So without much ado, let us straight get into the scheme of things and understand the nits and grits of Internet of Things.

I’ll start with an overhaul thing. In the broadest sense, the term IoT can be anything that encompasses everything connected to Internet. But in reality, it is increasingly used to define the objects that have to ability to interact and communicate with other devices. To be more precise, IoT is simply made up of a number of devices that range from sensors to smartphones and wearables which are connected together.

IoT, i.e. the combination of such connected devices with automated systems gathers information, analyzes it and creates a well-synchronized action that helps the user with a particular task or at least learn from the process. And the connected devices, which we are talking about, can be anything right from the smart mirrors to the beacons in the shop and way beyond them. These devices are ubiquitous as they are easily available and are very affordable to use. Also, in other words, it can be said that Internet of Things is all about devices, networks and data and mobile apps are playing a major role in revolutionizing IoT.

In addition to this, IoT allows the devices on a closed private internet connections in order to communicate with others and bring them close together within the networks. By doing this, the devices will get the opportunity to communicate not only within the close networks but also across different networking types. This will help in creating a much more connected world.

Now, let us have a glance on the key technologies that has been enabled by the adoption of Internet of Things.

Smartphones: Smartphones are nowadays serving as a personal gateway to IoT by rendering as a remote control hub for the connected homes. It is also increasingly used in the health and fitness devices which are in fad among the customers. As the wearable devices are making their mark in the market, consumers are tending to use them more than ever before and tend to remain connected with their devices all the time.

Big Data : we all know that Internet of Things will generate a humongous amount of data that will be voluminous and quite unstructured. For this, the availability of the big data analytics will be the key as it will gather all the data into a defined format and precisely bifurcate it according to their usage and priority.

Sensors and Processing : Sensors have become alarmingly cheap as their prices have dropped to a whopping low amount in the past 10 years. And with the advent of IoT, it looks like this trend is likely to continue for a very long period of time. The processes have also become relatively low, and as a matter of fact, their costs have declined almost 60 times in the past decade. Thus, IoT has made devices not just connected but also smart enough to know that what data it is generating and receiving.

Here are some of the perks of technology advancements with Internet of Things development. Moreover, it is very necessary for the connected devices to understand the importance of data sharing within the network.

Sharing data within the connected devices is important as each device connected to the Internet receives and collects specific data which may be useful for the buyer and impact the economy. This can also be used in the industrial applications as the sensors on product lines can immaculately increase the efficiency and cut down on costs and wastes. IoT offers profound opportunities for the companies to be more efficient in the things they do apart from saving their time and money in the process.

The quality of data is maintained within the devices connected with IoT and as a result it generates an opportunity for more synthesized and responsive interactions within the devices. This in-turn presents a great option for a potential change that can be the game changer in the future. It also enables the companies to have a second look and re-think of how they deliver the services and products.

Now, it is the time to look at the different aspects that are associated with our day to day lives which are being enhanced by IoT:

Customer Experience : Internet of Things provides data with a better understanding of customer behavior and thus has enabled the organizations to improve their customer experience exponentially. This makes the company understands what actually their customers need. Internet of Things is also making the process of goods delivery faster and fuss free. With a free flowing data, the customer can be kept updated about the exact location of the product via mobile app or a website.

Increasing Business Performance : As the competition is heated up, companies are looking for such aspects that make them different from their competitors and help them stand apart. IoT has the ability to use and capitalize the data so that the companies can stand firm and sustain themselves in the business world. The operational efficiency of the organizations can be increased double fold with IoT and it also provides them the facility to monitor the things on a real-time basis.

Improving Safety : Internet of Things has also played the vital role in the organizations to improve their security according to the environmental standards. Apart from this, it is also helping them in cutting down on the waste products and improving their efficiency. For example, IoT can help the employees working in hazardous conditions by alerting them about their health conditions. Moreover, IoT enabled systems installed in automobiles can also predict and help in managing accidents.

With this, we are done with the present condition of Internet of things in the business world. But the story is not over yet as the future holds even brighter prospects for the companies and the customers.

A Bright Future in store

Even the companies and the customers who have bought the smart connected products like motion sensors and switches will agree to the fact that IoT is taking giant strides in the technology arena. IoT while beginning to find its feet holds its head high towards a much brighter future.

For example, social media giant Facebook has made an immersive technological evolution with AI and has stepped in with its own IoT product known as Jarvis. This Artificial intelligence product from Facebook is built with a sole motive of developing an AI powered device good enough to run home appliances. It has all the modern technological amenities like the visual recognition, a phone messenger bot that will allow even the mobile phone to send instructions about operating devices. In addition to this, it has a prompt communication system that translates the human speech into text very fast. Also, as the context is very important for the AI enabled devices, Jarvis works according to the guidelines and makes the thing happen at exactly the place where they are needed.

Conclusion:
We all know that challenges in the technical field and especially related to the new revolutionary technology are never going to end. But in the case of IoT, it shows better signs of evolving with those challenges. It has all the potential in making our lives easy as well-connected without being the slaves of the machines. Diverse industries such as healthcare, manufacturing, automotive, retail, etc. are benefitted widely with Internet of Things and are set to gain greater heights in the future. There are some challenges like the battery and the security, but with the revolutionary work being done in a precise manner; these can be sorted out with ease. It is just a matter of time before IoT takes that leap.