{Blogger’s note: I’d like to credit and thank my colleagues Michael Francesco Alioto, PhD, Vice President, Global and Curtis Kaisner, Senior Research Strategist for the foundational academic review and framework; and Hallie Dunklin, Associate Director, Branding and Design for helping me bring this work to life.}

Some years ago, a neuroscientist named Antonio Damasio was studying humans with damage in the part of the brain where emotions are generated. He discovered that these people shared a common—and perhaps unexpected—enigma: they were seemingly unable to make everyday decisions.While they could indeed articulate, and rationalize, what they should do in a given situation, they struggled at making everyday decisions such as whether to have a hamburger or pizza for lunch.

Damasio’s body of work underscores the degree to which decisions are ultimately made based on non-rational factors. After all, there is hardly a rational reason why someone would choose a hamburger or pizza on a given day. To wit, his work additionally suggests that humans uniquely harmonize bodily sensations, emotions and intellectual processes to make sense of the world around them, while navigating through it all­­.

So, how does this reality translate to organizational decision-making?

If there is one commonly held belief among professionals in the insights space, it is for organizations to fulfill on their promise to be customer-centric. This dogma is so strongly held that it’s considered heretical to challenge it.

Yet, challenge we must, because as Damasio’s work highlights, our very notion of the “customer” is so deeply limiting that it calls for a broader lens by which to gain understanding. The hunger for organizations to invest in data analytics and harness behavioral data at their disposal suggests that they acknowledge that there is more to understand about consumers than what is revealed in attitudinal data. Similarly, their quest to mine sentiments to uncover meaningful signals amid the noise of social chatter may point to a recognition that research solely based on rationality comes up short.

Humans Are Complex. Why Doesn’t Traditional Market Research Reflect That?

Unfortunately today, most traditional forms of research—both qualitative and quantitative—are rooted in the assumption that rational thought is the dominant force in decision making.

As an example, a conjoint analysis operates on the fundamental assumption that finding the right mix of various attributes will create an “ideal product.” For decades, researchers have leveraged exercises built on rational assessments of fixed factors that underemphasize the influence of non-rational factors: namely emotionality, bio sensory, and the environmental forces that inevitably play out in the marketplace. 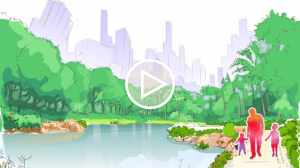 Qualitative techniques are similarly weighted on human rationality. Researchers have relied on both explanation and recollection as to why products may have been purchased in the past, and why they might be purchased in the future. To boot, probative techniques have at times led to consumers—though subconsciously—fabricating rational explanations for non-rational behaviors.

Most recently, the introduction of behavioral economics has highlighted the degree to which humans make seemingly pre-conscious decisions, resulting from what we know as “System 1” thinking. These responses explain how humans can size up a potential threat from a stranger on an empty street in milliseconds. This ability is instinctually embedded in human evolutionary biology—it is not a rational exercise by any means.

Based on our learnings from both academic and practitioner perspectives, two truths ¬¬have become crystal clear:

1. Humans represent the most sophisticated “neural networks” known today; leveraging their minds, hearts and bodies—in differing degrees and in differing situations—to make decisions across all spectrums of life.

2. Consumer intelligence, as it relates to corporate decision making, requires a rigorous framework to ensure that consumer wisdom accurately reflects the reality of its complex decision-making process.

In 2016, Gongos developed the “Human Decision-Making Framework,” a construct that not only illustrates, but guides approaches to address insights-related challenges to comprehend the rational, emotional and physical dimensions of consumer-based decisions. 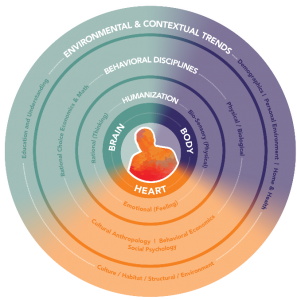 The potency of this framework goes beyond defining non-rational approaches to get at consumer learning. It demonstrates a much-needed sense of neutrality in a world that otherwise hasn’t yet fully adjusted for biases.

In fact, a recent study for a long-time client revealed that implicit association techniques can become a way of measuring subconscious brand image attributes to clarify otherwise “neutral” opinions. With this category leader, consumers—particularly as it relates to their health and well-being—tend to put forth socially acceptable and politically correct responses to research questions. However, we were able to design an approach leveraging reactionary time(s) as a litmus test for strong and/or polarizing reactions.

The Gongos Human Decision-Making Framework will continue to help B-to-C organizations develop greater clarity to see consumers as the beautifully complex “neuro-emotional” network they operate from, and the cultural context with which they exist. Just as important, this framework better folds in consumer circumstance, which is arguably just as meaningful as an individual’s emotional connection to a product or a brand.

The consumer-facing organizations that will thrive and dominate the future are those that comprehend human complexity; while ensuring their products, services and experiences not only create value in their lives, but enhance their lives. From a researcher’s perspective, this goes well beyond determining an approach to get at one or all three. It’s both simply—and complexly—a matter of calibrating the right mix of human-centered research approaches to get beneath the surface of true understanding.

Actions Speak Louder Than Words: Why Should You Use Animated Videos in Marketing

How to set up a virtual customer journey mapping workshop