Come at once. We have struck a berg. It’s a CQD, old man

You have heard this story

On the 15th April 1912 the Titanic sank on her maiden voyage from Southampton to New York.

Whilst steaming at high-speed through an area of pack ice she hit an iceberg and broke in two. Over fifteen hundred people plunged into lethal, sub-zero, North Atlantic waters, where they perished in minutes. It was one of the worst peacetime disasters at sea.

Why did so many die?

It was a combination of factors all happening at the same time that caused the tragedy:

But the Titanic was unsinkable.

She was a marvel of modern technology with 16 watertight compartments in her hull. Five of them would have had to rupture for her to sink.

In their book “What Really Sank The Titanic”, Jennifer Hooper McCarty and Timothy Foecke suggest another reason for the disaster.

They allege that the shipbuilder was struggling to source the high-grade metal that they needed to make the millions of rivets required to bolt the hull together.

The ship builder was under huge pressure to deliver the vessel on time and to budget, so in lieu of No 4 or “best-best” quality iron, they used No 3 quality iron, known as “best”, instead.

McCarty and Foeck tested rivets brought back to the surface from the shipwreck and found that they were brittle, leading them to the conclusion that the rivets tore apart when the Titanic hit the iceberg.

The ship builders Harland and Wolfe dispute these findings, but then they would, so would I.

So what really sank the Titanic?

What was the underlying reason?

Perhaps it was a management focus on targets, deadlines, costs and profits instead of delivering customers safely and comfortably from one side of the Atlantic to the other.

Have we really changed in the past 100 years? 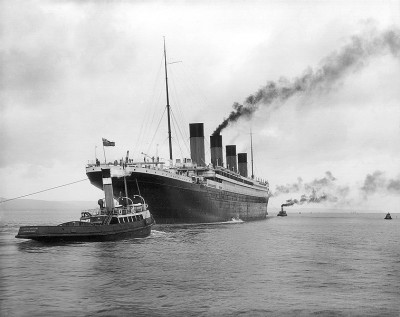