Have you ever sat in a brainstorming session where the facilitator pins up a blank sheet of paper and asks people to shout out their “new” ideas?

Everybody freezes as they start to worry:

Tumble weed. Nobody wants to admit they can’t come up with something new.

But there is nothing truly new

Only God can create something from nothing, and even he only did it in the book of Genesis. For us mortals there is nothing new under the sun, creation is simply the process of crashing old ideas together to create new combinations.

The creative act is not an act of creation ~ Koestler

People say that Elvis was creative, but he didn’t invent any new notes. All he did was rearrange the old ones.

Creative ideas are nothing but old ideas combined and repurposed.

So next time you are running a brainstorming session:

Don’t start with a blank sheet of paper asking for “new” ideas, start with the old ones, the things that you know. Look at what you have, list out all its functions, attributes and features and then start changing them.

You will be surprised with what you can come up with. You might even be able to convince your boss that you really have discovered something new.

The ideas in this post weren’t new. All I did was modify those I heard on an excellent course I went on run by Dennis Sherwood. You should get his book Innovation Express 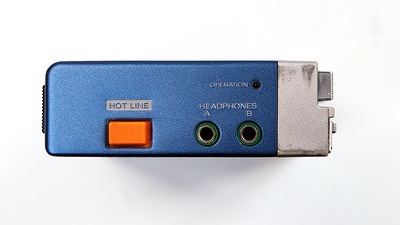