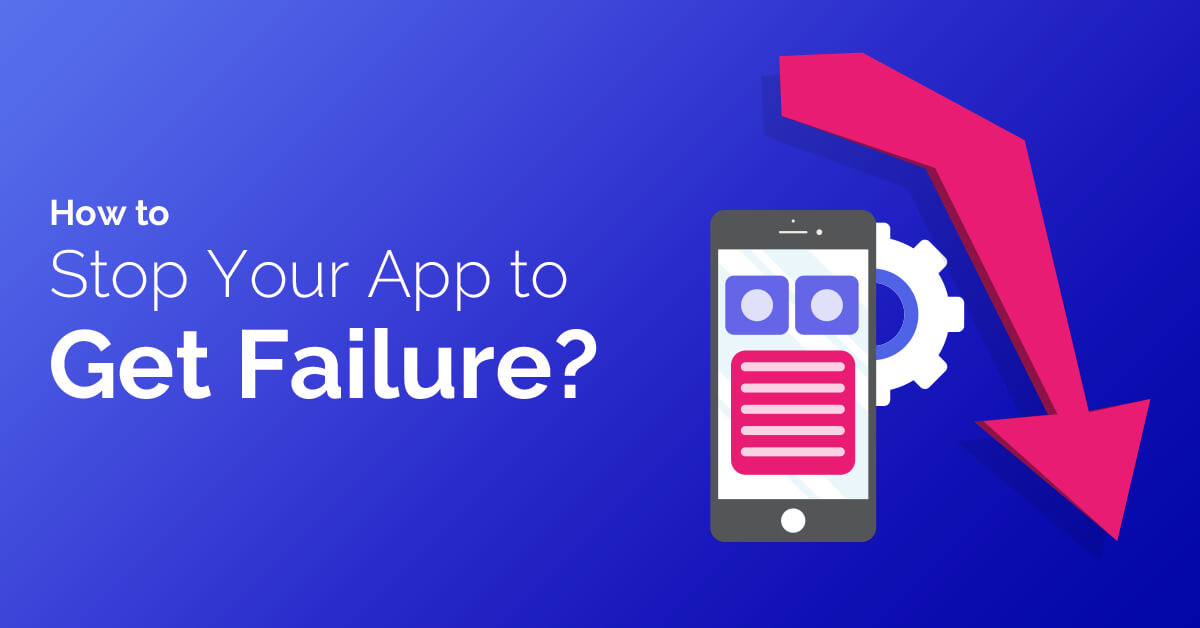 The mobile application market is one of the leading industries in the present time. However, the market has its own ups and down that is considered due to efforts, time and money. Every single aspect is responsible for mobile app development solutions. A single hitch in the project can be an extreme failure for the project. This is not just a single flaw or bug that shows the failure of an application but there are so many things added up together that shows the problem.

It is not that difficult to prevent such failure before they happen. All one has to do is to watch out for any signs and put a stop to it before it had a chance to enhance. To make it easy for developers, here are the major mistakes that one must keep an eye for.

1) Know the failure – You can’t commit to solving something that is out of your hand. It is essential to know the error if one has to solve out different failures in the first place. To understand it in a better way, the best android development company works on two types. One of the failures is measured with the help of strategic demands that are based on company demand. Whereas another are expectations of users from an application that set out on how the application will perform in the market. It is easy to fail in if the support is not accurate as per the goals. For instance, copying out the overall concept of WhatsApp is not going to guarantee success. If anything, it will take a company towards failure.

2) Technology – The fact is that a single negative review holds power to ruin an application reputation in the market. Hence, it becomes essential to hire an app developer that can prevent such a review. These reviews are mainly due to errors, slow performance, crashes, etc. The fact is that user expectations are not fulfilled that results in dissatisfaction with an application. It is not only about battery management or bad network since it is possible that the user is not able to find out these sorts of issues. The fact is that if a user is not satisfied with the potential of an application that can be due to the server crash as well. So, it is essential to make sure that technology is to the point to avoid any major issue.

3) Meeting expectations – Other than this, the variations that are put up in an application can go wrong. This makes it difficult for iPhone app developers to keep a track on things as per the variations. There is a multitude of things that are counted for outguessing the errors. Hence, it is essential to make a well-derived plan to understand the focus of projects on track. There are so many things that one must be intent on major things to keep expectations on track.

4) Market problem – The fact is that it is not always the application problem that leads to failure. The mobile app development solutions can be accurate but it will fail if one is not focusing on market requirements. It is essential to make sure that the application is as per the norms of the market. The series must be continuous in nature and focus on organizing certain things. Sometimes, an application has focused on a specific domain but when the company launches its own application then it will take over the value of other applications. For instance, a cricket application by third-party won’t have called to it as compared to the authorized sports channel. This results in closing an opportunity for an application that is fulfilled by others. When the user already has a reliable application then the third-party won’t have that call in the market.

5) Communication and process – It is one of the vital points that is taken care off by best android development company to go down the road of success. To make it easy to understand, a customer demanded an application just to get information about certain things. A company can provide it but it won’t be cheap due to different platforms involved such as iPhone, Android, and Windows. This results in a huge loss that makes managers pull of these applications.

These are the major things involved in the overall focus of the company that is making it work on. the minimum viable product growth is making it hard to work on different domains and to focus on a single strategic flow. There are different processes that are involved in these major advancements such as agile, DevOps, and others. These methodologies help a developer to work on frequent updates and rapid iterations. In short, it can work on establishing a stable success of the application to ensure that nothing is going wrong.

6) Platforms – Now, there are many developers that don’t give much of a thought to this. There are different platforms that the user works on such as iOS and Android that makes it essential to work upon. These function in different ways and one must hire app developer that understand the basic functioning. This makes it easy to work on and keep buttons a gesture as per mobile phone requirement. For instance, the hardware back button is something on which the Android user is familiar with which is different from the iPhone.

This specific work makes it essential to work as per user experience to ensure that there is nothing missed out on the platform. The network, devices, operating system, etc. are something on which the user works. These major issues are solved out by the user to work in a proper direction. Every platform is different from another and hence, developers must make sure that it is followed up.

7) Poor execution – This is something that one must focus on but developers usually don’t mind it much. The fact is that mobile application execution is the first thing that connects a brand with users. Hence, it is essential for users to work upon these major factors to establish a marketing fundamental to execute plant. In addition to this, time management with execution must be maintained.

The iPhone app developers must remember these major mistakes that can lead to the failure of an application. With the increase in competition, it is essential to avoid as many mistakes as possible to guarantee a reputed image in the market. if one is oriented on a certain platform then the failure chance will be minimal and later on, expansion can be done.