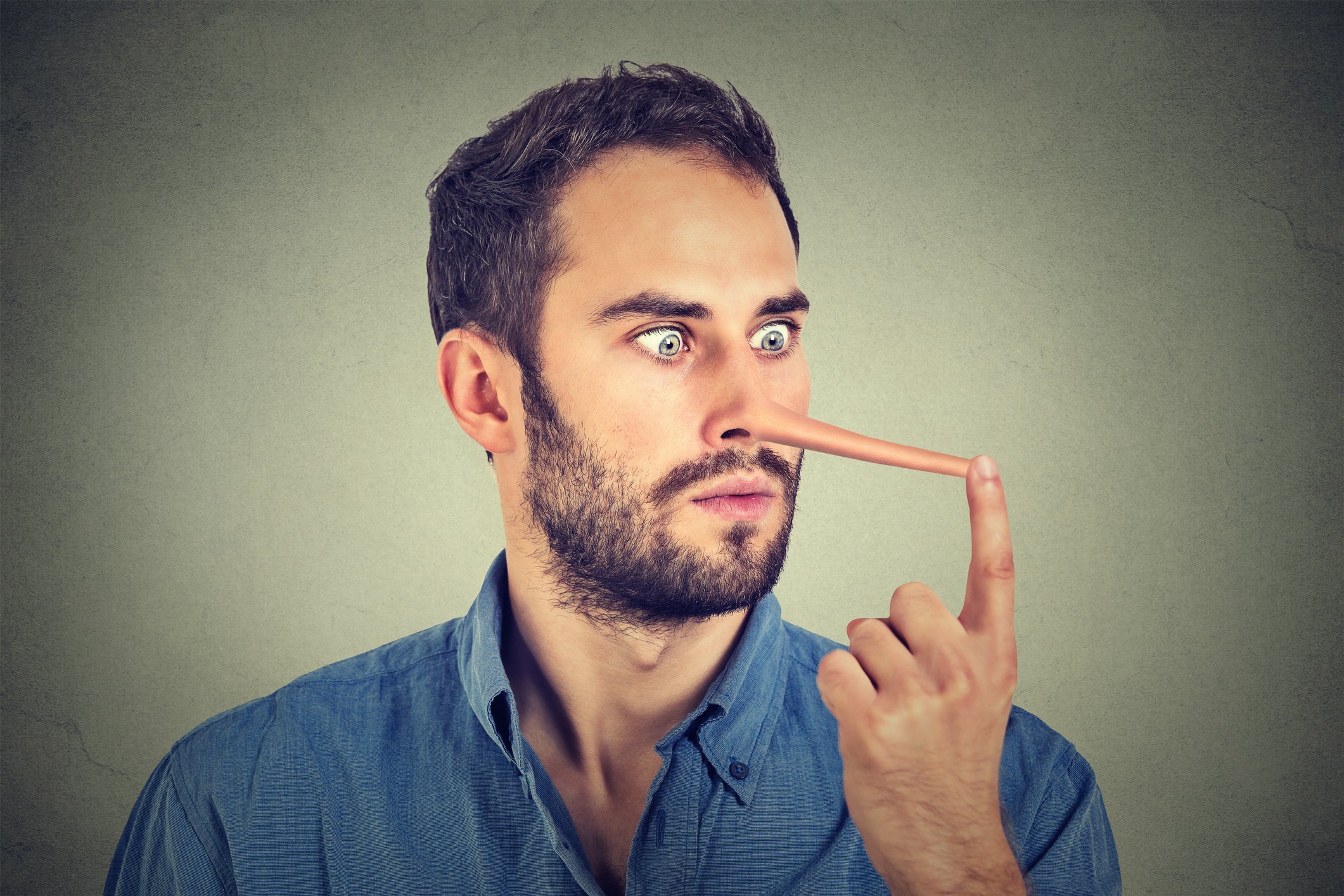 Most lies are truths to the people who state them.  Take climate change for example.  Climate change is clearly a real thing. The planet has been warming exponentially since the ice age!  But to think that humans are responsible or that humans can stop it, or we’ll be dead in 12 years if we don’t, is ludicrous.  My statement is a lie to people who don’t agree with it, but rings true to people who do agree.   So lies are in the minds of the beholders.

Let’s take some of the lies being told to companies with sales organizations.  Over the past 10-20 years, we have seen and heard the following proclamations (and you can find most of them with this Google search link:

Selling is dead.  Circa 2001. This is obviously false!  Currently there are around 4.5 million B2B salespeople and nearly 16 million salespeople overall in the US alone and those numbers are growing.

Cold Calling is dead.  This lie was so good that people believed it!  Why?  If they could justify not making cold calls anymore, then their lack of prospecting wouldn’t look so bad. Referrals and introductions aside, a cold call is much more likely to turn into a meeting than a cold email or an inbound lead.  More importantly, there is far less noise and competition with the phone than via web-based cold approaches.

Inbound is King.  False. How many years running did we hear that lie?  Hubspot, the King of inbound, has a large sales force placing outbound calls to generate sales.  How’s that for dead?

SPIN Selling is dead. False.  I first read this in 2008.  While it it is true that only the top 5% of all salespeople can execute SPIN, it’s still being taught and it’s still being (kind of) implemented and executed.  It’s one of the oldest forms of consultative selling which, by all accounts, is supposed to be dead!

Solution Selling is dead. False.  I first read that Solution Selling was dead in 2007.  Most of the tech companies I have worked with were using some form of Solution Selling prior to my arrival so it’s not dead.  I believe that there is a fatal flaw within Solution Selling that makes it far less effective and efficient than it could be (learn more here) but it’s far from dead.

Consultative Selling is dead.  False.  According to Objective Management Group (OMG) who has evaluated and assessed 1,860,725 salespeople from  companies in countries, 59% have not even begun to sell this way yet!  How can something that is still trending up be dead?

Sales Process is dead.  False.  See Consultative Selling is dead.  According to the same statistics, 52% of salespeople are not following a staged, milestone-based, customer-centric sales process.  This is a huge improvement from just 10 years ago.  But again, this is trending up, not down, so not only can it not be dead, but CRM without an integrated sales process is just a data warehouse.

Traditional Selling is dead.  False.  This one depends on how you define traditional.  If we define traditional as features and benefits selling (FAB), then it should be dead and buried.  Unfortunately, it’s far from dead because more than half of all salespeople (weak) are still selling this way.

The old way of selling is dead.  See Traditional Selling.

Relationship-building in sales is dead.  False.  In 2011, Harvard Business Review, the biggest publisher of junk sales science, declared it dead.  That alone should be reason enough to poke holes in the statement.  There are two ways to consider relationship selling.  The first, is as a sales methodology where the priority is taking the time to make friends and build a relationship under the premise that people buy from people they like. In the 60’s and 70’s, the relationship was enough. Today, that kind of sales methodology should be dead.  While people DO like to buy from people they like, that’s no longer the only criteria.  So if you can help your prospect equally as well as anyone else, the relationship will make a difference.  But if you can’t, so much for the relationship.

Always-be-closing is dead.  This. Should. Be. Dead.  It fits right up there with traditional selling and features and benefits selling.  Half of all salespeople are not selling this way because they are afraid to!  Sales bullies and amateurs sell this way – and they shouldn’t.

Social Selling is dead.  Already?  Talk about fads!  We’ve only been selling socially for several years so how can that have died as quickly as Pokemon Go?  The reality is that there never was social selling.  Personal promotion?  Sure.  But selling?  Nobody was selling anything over social networks.  Just marketing and advertising and blogging, and connecting, and building networks and followers.  Sounds like PR and marketing to me.

Artificial Intelligence (AI) will replace salespeople.  False.  I’m sure you’re getting all the cold emails, and then several more follow up emails, powered by AI, that are so awful that I’m sure most are getting deleted.  Further, AI will never be able to replace a human having a deep, thoughtful conversation that gets a prospect emotional.  For example, take a look at the following consultative questions I taught a sales team to use yesterday.

Salesperson:  So why do you need this?

Salesperson:  How were you handling that up until now?

Salesperson:  If you’ve been doing it like that for all this time, why change now?

Salesperson: Tell me about the last time that happened.

Salesperson:  How did you that affect you?

Salesperson: How did you feel when that happened?

In each case, the salesperson can’t ask the follow up question unless they get the appropriate response they are hoping for.  And as the questions become more emotional and more difficult, the tonality, pace and facial expressions must change along with it?  Can you imagine this type of exchange taking place over email driven by AI?  No. Freakin. Way.

All of the lies create excuses for salespeople to not learn, embrace, practice and apply the most important aspects of successful selling.  The lies mask the best practices of great salespeople and great sales organizations because they suggest that there’s an easier way to sell where you can hide behind your keyboard and monitor.  Well, I’ve got news for you.  There are no shortcuts, no easy paths, no magic pills, nothing but doing the hard work.  If it isn’t challenging, and you aren’t challenging yourself to improve, then AI will replace you.