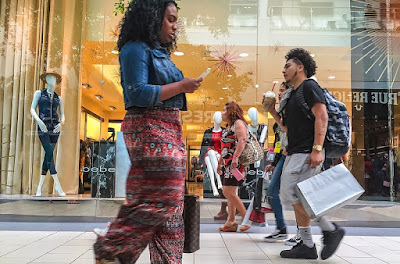 The optimism embodied in the economic and spending forecasts is largely due to a widespread belief that the COVID-19 pandemic in the U.S. will be brought under control in the near future and that this will unleash pent-up consumer demand that will drive rapid economic growth, increased consumer spending, and falling unemployment.

Three recent surveys have provided several important insights regarding the sentiment of U.S. consumers. These surveys explored how consumers are thinking about the overall state and direction of the U.S. economy, their spending plans, and their attitudes about returning to prepandemic behaviors and routines.

Consumer sentiment is obviously important for B2C marketers, but it also matters to B2B marketers. Consumers are at the end of many B2B value chains, and therefore consumer demand influences the revenue growth potential of many B2B companies. Boeing doesn't sell commercial airplanes to consumers, but the willingness of consumers to travel influences how many planes Boeing can sell.

Over the course of the pandemic, McKinsey & Company has produced an impressive library of resources addressing the public health aspects of COVID-19 and the pandemic's economic and social impacts. McKinsey's research has included periodic surveys of consumers and business executives.

The most recent consumer survey was conducted February 18-22, 2021. In this survey, 41% of the respondents said they were optimistic about the recovery of the U.S. economy, while only 14% said they were pessimistic. The survey defined optimistic as:  "The economy will rebound within 2-3 months and grow just as strong as or stronger than before COVID-19." The remaining 45% of the respondents had a mixed view, believing that the economy will be impacted for 6-12 months or longer and will stagnate or grow slowly thereafter.

Fifty-one percent of the respondents said they expected to spend extra by splurging or treating themselves, and about half of these respondents plan to spend more in the near future.

A January 2021 survey by Gartner paints a similar picture of consumer sentiment, although the overall tone of the survey report is more cautious. The report states:  "CMOs should plan for the possibility that consumers may take longer to resume prepandemic behaviors, even after they have received the full two doses of the vaccine." (Note:  At the time of the survey, the single-dose J&J vaccine had not been authorized by the FDA.)

Gartner asked survey participants how soon they feel their life could return to normal after being fully vaccinated. Forty-five percent of the respondents said in six months or less, 36% said they were unsure, and 15% said in a year.

One of the largest recent surveys addressing the "when will things get back to normal" issue was a survey of a nationally representative panel of 12,055 U.S. adults conducted March 1-7, 2021 by Pew Research Center. In this survey, Pew Research asked participants the following questions:

The following table shows how the survey respondents answered these questions.

I wasn't particularly surprised by the caution identified by the Gartner survey, which was conducted in January. At that time, the vaccine rollout was just getting started, and the number of daily new cases of COVID-19 was still high. I suspect if Gartner conducted the same survey today with the same survey panel, the results would be quite different.

I was somewhat surprised that a majority of the respondents in the Pew Research survey believed that most businesses and public activities won't return to normal operations for at least a year. The Pew survey was conducted in early March, by which time the number of daily new cases of COVID-19 in the U.S. had declined significantly, and it had become clear that the vaccine rollout was going well.

Current data from the CDC regarding vaccination progress, current data from the TSA regarding the number of people flying, and the latest quarterly earnings reports from several large U.S. retailers indicate to me that the "return to normal" is progressing even faster than many of us anticipated.