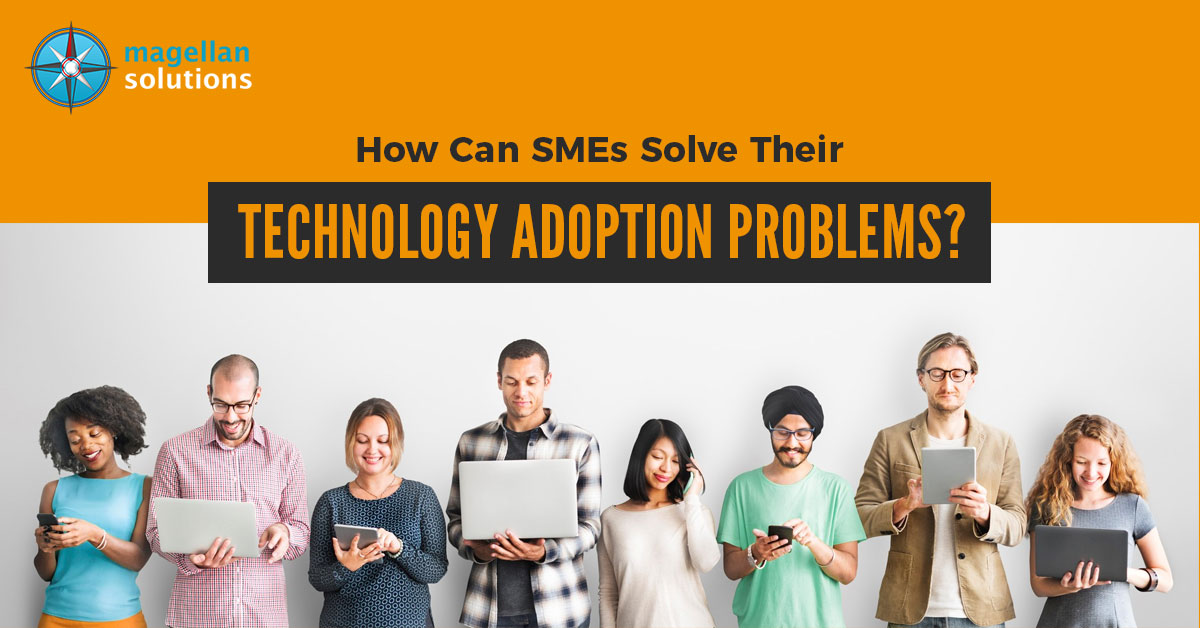 Small to medium businesses don’t have resources like big corporations. They do not have the funds for new technology. However, it is not a convincing reason to avoid the latest innovation and technology available. Technology adoption should be one of the goals of many SMEs as it will help them achieve their goals and become bigger in the future.

1. Do not dive into everything new you see.

First of all, not every trendy technology is the right fit for your company. It hugely depends on what type of business you have. If you are a small architectural firm, adopting CAD software would probably better than still using 2D drawings to show your clients. If you own a small advertising agency, maybe getting the latest equipment for video shoots and photo-shoots would be a great idea.

On the other hand, things like artificial intelligence (AI), big data analytics, robotics, and digitization, can be very tempting for small companies. It could help them in the future but without the right plan, vision, and goals, it could all be just as useless as it can be useful.

Moreover, you have to have the right people who know these things very well before disseminating them to your employees. Also, Gartner has stated that “through 2020, 80% of AI projects will remain alchemy, run by wizards whose talents won’t scale widely in the organization.” This means that you really have to master the technology first before actually utilizing it so it will not backfire.

Research, research, and research. It is the key to developing and operating the new technology you want to adopt. You don’t actually have to read every comment, review, or article about it but do so from reliable sources. Also, maybe try crowdsourcing or interviewing people who are actually implementing the idea.

In a Forbes article, they stated that fully assessing the issue at hand would help with solving it. Stepping back and taking in the bigger picture would surely generate new ideas.

The Theory of Diffusion Of Innovation

E.M. Rogers in 1962 has created one of the oldest social science theories. This theory discusses the idea of how a product or technology becomes famous and then spreads to people, a country, or the world. This is how an innovation renaissance usually starts.

According to the Boston University School of Public Health, the Diffusion of Innovation also results in “people, as part of a social system, adopt a new idea, behavior, or product.”

The meaning of adoption here is that people will change their ways after the new idea, product or service became known to them and they use that. And because of that, diffusion will become bigger and larger as more people are adopting a certain idea.

This theory can actually directly affect how SMEs adopt new technology. Just like the first two solutions for solving the problem, allowing yourself and your company to be open about information from other companies, or especially through the internet, trendy or not, would be a big help.

Not adapting to such changes usually brings negative results. A great example would be the digitization. As the era of the internet is still flourishing, it would be better if SMEs actually bring their business online and communicate with their consumers there.